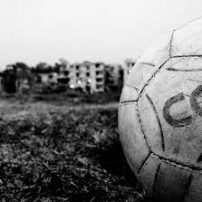 Red card to Platini from Strasbourg! The penalty imposed on him was proportional

The case concerned Michel Platini, a former professional football player, president of UEFA and
vice-president of FIFA. Disciplinary proceedings had been brought against him in respect of a salary
“supplement” of 2 million Swiss francs (CHF), received in 2011 in the context of a verbal contract
between him and FIFA’s former President. He was suspended from any football-related professional
activity for four years and fined CHF 60,000.

The Court found in particular that, having regard to the seriousness of the misconduct, the senior
position held by Mr Platini in football’s governing bodies and the need to restore the reputation of
the sport and of FIFA, the sanction did not appear excessive or arbitrary. The domestic bodies had
taken account of all the interests at stake in confirming the measure taken by FIFA, subsequently
reduced by the Court of Arbitration for Sport (CAS).

Lastly, the Court noted that the applicant had been afforded the domestic institutional and
procedural safeguards allowing him to challenge FIFA’s decision and submit his arguments in his
defence.

In 2015, after a preliminary investigation, the FIFA authorities initiated disciplinary proceedings in
respect of an alleged salary supplement of 2 million Swiss francs (CHF) that Mr Platini had received in
2011, in the context of a verbal contract between him and FIFA’s President, for activities as adviser
between 1998 and 2002.

The applicant was initially given an eight-year suspension from all football-related activities at
national and international levels and was fined CHF 80,000 by the adjudicatory chamber of the FIFA
Ethics Committee. The sanction was upheld by the FIFA Appeal Committee, which reduced the
length of the suspension to six years.

The applicant appealed against this decision to the Court of Arbitration for Sport (CAS). He alleged, in
particular, that the Articles of the FIFA Code of Ethics relied upon had not been applicable at the
time of the relevant acts and that the sanction appeared excessive. The CAS rejected this complaint
but reduced the suspension period from six years to four and the fine from CHF 80,000 to
CHF 60,000.

The applicant lodged a civil-law appeal against the CAS decision before the Swiss Federal Court,
which upheld that decision, holding that, in view of the applicant’s age (61 in 2015), the length of the
suspension did not appear excessive.

The Court reiterated that under Article 35 of the Convention any complaints brought before it
should first have been raised before the relevant domestic courts, failing which the application
would be inadmissible.

In the present case, the Court noted that the applicant had only raised before the Federal Court his
complaints alleging the arbitrariness and unfairness of the arbitral award. He had not referred,
before the Swiss court, to the other complaints he had submitted in his application: illegality of the
evidence used by the CAS, suspicion of subordination of FIFA’s adjudicatory bodies to its executive,
failure to respect defence rights, unfairness of the proceedings.

Consequently, the Court rejected the complaints under Article 6 § 1 for non-exhaustion of domestic
remedies.

The Court examined whether the sanction imposed on the applicant fell within the criminal sphere
of Article 7 of the Convention. It pointed out in particular that, according to its case-law, disciplinary
sanctions ordered following professional misconduct could be distinguished from criminal sanctions.
It further noted that sanctions imposed on a “small group of individuals possessing a special status”
did not fall within that criminal scope.

In the present case, the applicant, a high-ranking FIFA official, had been disciplined based on the
Federation’s Code of Ethics and disciplinary rules. The sanction had been imposed by FIFA’s
adjudicatory bodies. It was therefore a sanction based on a special status concerning a member of a
small group.

The Court thus declared the Article 7 complaint inadmissible on account of its incompatibility with
the provisions of the Convention.

The Court reiterated that the concept of “private life” was a broad and non-exhaustive one. In the
instant case, the sanction imposed on the applicant had been based on acts committed in his
professional life which had no connection with his private life. However, the Court acknowledged
that the negative repercussions had affected his private life.

The Court thus accepted that the applicant had established that those consequences reached a
certain threshold of seriousness. He had spent his entire career in the world of football, which
therefore constituted his sole source of income, and he had been deprived of that source. The scope
of the sanction was such that it was capable of preventing him from developing social relations with
others. Lastly, his reputation had suffered as a result of the sanction, “in the sense of a certain
stigmatisation”.

Furthermore, the Court examined whether the respondent State had complied with its positive
obligation to protect the applicant’s right to respect for his private life vis-à-vis the sanction imposed
by FIFA, which was reduced but confirmed by the CAS, and in particular whether the applicant had
been afforded sufficient judicial safeguards.

The Court noted that the applicant had freely consented to the waiver of certain rights by signing
compulsory arbitration clauses excluding the possibility of submitting disputes to an ordinary
domestic court. He had nevertheless been able to appeal against the measure imposed by FIFA
before the CAS. The CAS had duly reasoned its decision to reduce but confirm the sanction in a
63-page decision responding to the applicant’s complaints. It had held, among other things, that the
particular seriousness of the facts, the senior position held by the applicant, and the need to restore
the reputation of football and FIFA, justified the four-year suspension from professional activity.
Lastly, the applicant had lodged a civil-law appeal in the Federal Court against the CAS decision. The
Federal Court had likewise upheld the previous decisions, finding the sanction to be well-founded
and duly reasoned.

Consequently, the applicant had been afforded sufficient institutional and procedural safeguards.
The Court dismissed the Article 8 complaint, declaring it manifestly ill-founded.