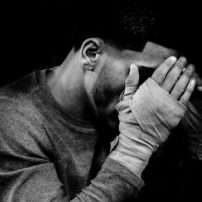 Immobilization of a mentally ill person in a hospital bed for 23 hours. Continuation of the measure of physical restraint without sufficient justification, violated the ECHR.

The case concerned a complaint by a schizophrenic man about being strapped to a restraint bed in a
psychiatric hospital for nearly 23 hours, one of the longest periods of such immobilisation ever
examined by the European Court.

Given the context and the applicant’s history of violent offences, the Court, like the domestic courts,
was satisfied that the decision to strap him to a restraint bed had been the only means available to
prevent immediate or imminent harm to staff and patients at the hospital.

However, the domestic courts had failed to address several issues in so far as the continuation and
duration of the measure was concerned. In particular, a duty doctor had continued the measure
throughout the night despite having found the applicant calm four hours earlier. There had also
been a one and half hour delay in releasing him from the restraint bed the next day.

The applicant, Niels Lund Aggerholm, is a Danish national who was born in 1985 and lives in Aarhus.

He suffers from paranoid schizophrenia and was sentenced in 2005 to committal to a psychiatric
hospital following five incidents of violence against government officials.

Eight years into the applicant’s sentence, the chief doctor of the hospital took the decision to strap
Mr Aggerholm to a restraint bed after he had made threats against her. Taking into account previous
assaults on staff and patients, she considered that he represented a danger, revoked his day release
and ordered the restraining measures, which started on 8 February 2013 at 1.15 p.m.

According to the daily hospital records, another doctor examined the applicant five hours and 40
minutes later and, finding him “quiet” and “more talkative”, decided to release one ankle strap and
allow him visits to the toilet. Four hours later the same doctor maintained the restraining measures
because he considered that the applicant was still potentially dangerous. At 10.30 a.m. the next day,
after being informed that the applicant had slept through the night, the doctor decided that it was
safe to release him from the restraint bed. The applicant was released at 12.05 p.m. following a
discussion with the chief doctor.

Mr Aggerholm complained to various administrative and judicial bodies. During the judicial review
the courts heard the applicant, the chief doctor and a healthcare assistant and took into account his
daily records, as well as a report by the Medico-Legal Council. Ultimately, in 2017, the domestic courts found that the measures against the applicant had been necessary in order to avoid an imminent danger to himself or others, and that no less intrusive measures had been possible. They were also satisfied that medical staff, a healthcare assistant and four doctors, had sufficiently
assessed whether the restraint still needed to be continued.

The applicant’s sentence was revoked in 2018.

The Court found that the applicant’s case was to be distinguished from other cases in which it had
found that strapping a person to a restraint bed for even just a few hours was sufficient to find a
violation of Article 3 of the Convention. Those cases had involved strapping of detainees who had
already in any case been locked in a disciplinary cell, of a woman who had been admitted to a
psychiatric hospital against her will and of a mentally ill man who had been taken to a sobering-up
centre, whereas the applicant had been confined to a psychiatric hospital because of a criminal
conviction for violence.

Furthermore, the Court noted that the domestic courts had carefully examined the case, in line with
European and international standards, confirming that there had been sufficient grounds for the
chief doctor’s decision to strap the applicant to a restraint bed. In particular, despite attempts at
dialogue or to simply leave the applicant to calm down, he had remained extremely angry and the
chief doctor, aware of his history of assaults on hospital staff and other patients, had considered
that he represented a danger.

The courts had also stated in general that, according to the records, no other alternative to physical
restraint had been possible. It was not for the Court to speculate whether less intrusive measures
had actually been used, such as a sedative.

It was thus satisfied that immobilising the applicant had been employed as a last resort, and that it
had been the only means available to prevent immediate or imminent harm to others.

However, it found that the domestic courts had failed to address several issues related to the
continuation and duration of the measure.

Firstly, the applicant had had one ankle strap released and had been allowed visits to the toilet when
the doctor on duty had examined him and found that he appeared to have calmed down, whereas just four hours later the same doctor considered that he was still a potential danger and maintained the restraint measures. The Court pointed out that a potential danger could not be equated with an
immediate or imminent danger as also specified in the domestic legal framework, namely the Act on
the Use of Coercion in Psychiatry.

Secondly, the applicant had not been attended by a doctor for the 12-hour period when he “slept
through the night”, but by a social and healthcare assistant. That meant that no danger assessment
had been carried out by a doctor during that time.

Thirdly, although the duty doctor had decided that it was safe to release the applicant at 10.30 a.m.
on 9 February 2013, he had only been released one hour and 35 minutes later. No explanation had
been given for that delay.

The authorities had therefore not sufficiently proven that continuing to strap the applicant to a
restraint bed for 23 hours had been strictly necessary. The Court could not conclude that the
measures had respected the applicant’s human dignity and had not exposed him to pain and
suffering. It followed that there had been a violation of Article 3.

The Court held that Denmark was to pay Mr Aggerholm 10,000 euros (EUR) in respect of
non-pecuniary damage and EUR 4,000 in respect of costs and expenses.