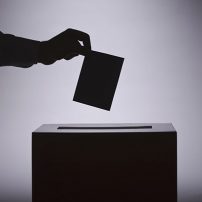 Exclusion of a candidate from parliamentary elections without sufficient guarantees. Violation of the right to free elections

The case concerned the applicant being disqualified from running in parliamentary elections.

The Court found that the procedures used by the election authorities, who had found the applicant
liable for illegal campaigning before the permitted date, which had led to his disqualification, had
not provided sufficient safeguards. Nor had the same authorities or the courts carried out an
adequate assessment of the evidence against him, taking no account of his arguments that posters
had been put up to discredit him and had had nothing to do with his campaign.

The applicant, Baybala Alibala oglu Abil, is an Azerbaijani national who was born in 1952 and lives in
Baku (Azerbaijan).

With parliamentary elections due on 7 November 2010, the applicant was registered as a candidate
in Garadagh constituency No. 11 for the Classic Popular Front Party.

In October 2010, before the start of the campaigning period allowed by law, posters for the
applicant appeared in two places in his constituency, Qizildash and Alat.
The Garadagh Constituency Electoral Commission and the Central Election Commission found that

the applicant had broken campaigning laws, although he denied all knowledge of the posters and
said they had been put up in order to discredit him.

He also raised complaints about the procedures followed by the commissions, in particular that
there had been a lack of reliable evidence against him, that he had not been given decisions in his
case and that the commissions had not properly examined his arguments.

The courts upheld the electoral commissions’ findings. A warning was issued against him for the first
incident and he was fined for the second, which also included a finding of vote buying.

The Baku Court of Appeal granted a request by the Constituency Electoral Commission to cancel the
applicant’s registration as a candidate for the elections after he had been fined. The Supreme Court
rejected an appeal by the applicant against the cancellation of his candidacy in November 2010.
In an incident which has been the subject of a complaint to the Court, the office of the applicant’s
lawyer in this case, I. Aliyev, was raided by the police in August 2014 and a large number of files were seized, including one on the applicant’s complaint to the Court in Strasbourg. The applicant’s file was returned to Mr Aliyev along with others in October 2014.

The Court reviewed all the stages of the proceedings which led to the applicant’s disqualification as a
candidate.

It noted that the applicant himself had first reported the incident in Qizildash to the constituency
electoral commission, notifying it of fake posters and complaining that they had been put up by
someone unknown to him. The commission had then issued a formal warning about early
campaigning, in his absence and without hearing him. Indeed, he had not been informed of the
commission’s meeting and had no information about the evidence on which its decision was based.
Furthermore, he had only obtained a copy of that decision after the Central Electoral Commission
had dealt with his appeal. He was never given copies of complaints about the posters by residents of
Qizildash, which the constituency commission had used as evidence, so he had never been able to
challenge them before the Central Electoral Commission, the appeal court or the Supreme Court.
Information to the authorities about the second incident had also come first from the applicant. The
constituency commission had sought a court order, again citing local residents’ complaints of illegal
campaigning, to have him fined. He had only found about the decision on the court order after the
actual court decision to fine him, when he had also found out about the residents’ complaints.
The Court found that the constituency commission proceedings had not afforded sufficient
procedural safeguards to the applicant: he had not been informed of the commission’s meetings in
advance nor given an opportunity to challenge the evidence used against him.

Moreover, there had been significant delays in providing him with copies of commission decisions
and other documents, preventing him from adequately preparing his appeals within the maximum
three-day statutory period. Nor had any of the domestic courts, including the Supreme Court, given
proper consideration to the applicant’s arguments about such procedural shortcomings.

Furthermore, neither the electoral commissions nor the courts had adequately assessed the
evidence which had led to the applicant’s disqualification or the arguments he had raised. The
applicant had stated that the posters were fakes, pointing to incorrect information in them, and that
they had been put up by someone who was not on his campaign staff. However, the authorities had
not examined what the Court considered to be a strong argument.

The Court also took issue with the way the constituency commission and the courts had dealt with
the witness evidence: that had included people who had seen the posters, while only one witness
had stated that he had been approached by a man, Vahid, claiming to be the applicant’s
representative, for help in distributing the posters.

The applicant had argued that no Vahid was on his staff, but the courts had never attempted to
investigate or provide a reasoned response to his arguments, whereas they should have sought and
examined further evidence to corroborate or refute the information related to such a person.
In conclusion, the Court found that the procedures resulting in the applicant’s disqualification from
the election had not afforded him sufficient safeguards against arbitrariness and that the authorities’
decisions had lacked reasoning and an adequate assessment of the evidence. There had thus been a
violation of Article 3 of Protocol No. 1 to the Convention. Given that conclusion the Court did not
find it necessary to examine the applicant’s complaint under Article 14.

Mr Aliyev, the applicant’s representative, complained on his behalf that the seizure from his office of
the case file relating to his application had amounted to a hindrance to the exercise of the
applicant’s right of individual application under Article 34.

The Court saw no reason to depart from its findings in Annagi Hajibeyli v. Azerbaijan, which had
dealt with the same complaint as the applicant’s. The Court therefore found that the respondent
State had failed to comply with its obligations under Article 34 in Mr Abil’s case too.

The Court held that Azerbaijan was to pay the applicant 4,500 euros (EUR) in respect of
non-pecuniary damage and EUR 1,459 in respect of costs and expenses.