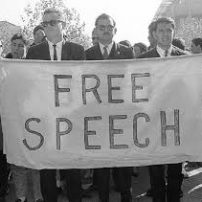 Conviction to compensation of a news site for publishing proven intoxication of a consumer with a soft drink, violated the freedom of expression

Freedom of expression. Informing the public about public health issues from a news website.

The applicant is an online news company. As part of its media duties to protect the public from potential health risks, it published three news regarding the poisoning of a consumer by a specific soft drink. The company that produced this soft drink, sued in the civil courts and the news company was sentenced to pay huge compensation for moral damages.

The Court reiterated the role of the press in a democratic society and its responsibility to inform the public, in particular on public health issues.

The ECtHR found that the news items in question provided information of significant public interest derived from official sources, and that the information had been proven to be true. Domestic courts have therefore breached their duty to balance the general public interest in information on health issues and their potential risks, while protecting the reputation of a commercial company. Subsequently, the awarded compensation did not take into account the principle of proportionality to the damage suffered by the trading company.

The ECtHR found a violation of freedom of expression and awarded the applicant company EUR 26,996 in damages and EUR 10,000 in respect of non-pecuniary damage.

The applicant company, OOO Regnum, is an electronic news outlet based in Moscow.
The case concerned defamation proceedings brought against the applicant company for reporting a
case of mercury poisoning following consumption of a branded soft drink.

In November 2005 the applicant company posted three news items on its website about a 37 year
old woman from the Ukhta District, the Komi Republic, being hospitalised with mercury poisoning
after drinking a “Lyubimyy Sad” juice. The applicant company based its report on information
released by the local police and the State consumer protection agency.

In March 2006 one of the legal entities that produced soft drinks under the “Lyubimyy Sad” brand
brought a defamation claim against the applicant company.

The lower commercial courts dismissed the claim, but in October 2007 the commercial court that
heard a cassation appeal ruled against the applicant company, finding that the news items contained
untruthful statements which had tarnished the claimant’s business reputation. It awarded the
claimant 1,000,000 Russian roubles (at the time the equivalent of 28,425 euros) in compensation.
Relying on Article 10 (freedom of expression) of the European Convention on Human Rights, the
applicant company alleged that the October 2007 ruling had amounted to a disproportionate
interference with its right to freedom of expression. It argued in particular that the courts had failed
to balance the claimant’s right to reputation against its right to report on and the public’s right to be
informed about a potential health hazard.

Freedom of expression, set forth in Article 10 of the Convention, constitutes one of the essential foundations of a democratic society and one of the basic conditions for its progress and for each individual’s self‑fulfilment. It is subject to exceptions, which must be construed strictly. The adjective “necessary” within the meaning of Article 10 § 2 implies the existence of a “pressing social need”. The Contracting States have a certain margin of appreciation in assessing whether such a need exists, which goes hand in hand with European supervision, embracing both the legislation and the decisions applying it, even those given by an independent court. The Court is therefore empowered to give the final ruling on whether a “restriction” is reconcilable with freedom of expression as protected by Article 10.

The Court has  held that the press plays an essential role in a democratic society.

Although the media must not overstep certain bounds, their duty is nevertheless to impart – in a manner consistent with their obligations and responsibilities – information and ideas on all matters of public interest  and the public also has a right to receive them. When it is called upon to adjudicate on a conflict between two rights which enjoy equal protection under the Convention, the Court must weigh up the competing interests.

Application of these principles to the present case

Parties to the defamation proceedings

The applicant company against which JSC RMK brought defamation proceedings is an electronic media outlet registered under Russian law. It follows that the principles governing freedom of the media are directly applicable to the present case.

The Court observes that the claimant who brought the defamation proceedings against the applicant company in issue was a commercial company. It considers that this fact has to be taken into account when deciding on which principles established in its case-law are pertinent in the context of balancing competing Convention rights against each other. In the Court’s view, the following criteria are relevant in the assessment of the necessity of an interference where the right to freedom of the media is to be weighed against the competing right to reputation of a commercial company:

The Court observes that the subject matter of the three impugned news items at hand was the instance of mercury poisoning following the consumption of a shop-bought branded soft drink. In its view, this clearly pertains to an important aspect of human health and raises a serious issue in terms of consumer protection. Accordingly, the impugned news items conveyed information of considerable public interest Content, form and consequences of the publication

As to the content and form of the publication, the Court observes that the three news items were short and purely informational.The Court is not in a position to consider whether the consequences stemming from the impugned news items that the claimant had sustained, if any, called for the measures applied by the Circuit Court, including the award of damages in the amount of RUB 1,000,000, in view of the fact that the judgment of 10 October 2007 did not discuss whether the impugned news items had affected the claimant, or its stock holders, in any manner, be it in terms of a decline in sales, the valuation of the stock, or otherwise . Yet it cannot but take note of such an omission on the part of the Circuit Court.

Sources of the information published and its veracity

The applicant company relied on the information gathered from official sources may not be held against it, as members of the media should be entitled to do so without having to undertake independent research.  Nevertheless, the Circuit Court did not absolve the applicant company of responsibility pursuant to section 57(3) of the Media Act, which provided for exemption where impugned untruthful statements originated from official sources.

Accordingly, the Court considers that the information reported in the three news items which the Circuit Court found defamatory amounts to statements of fact, the existence of which at the time of reporting had been demonstrated. Mindful of the fact that, as the issues in the present case concerned factual statements, it is of great importance that the duties and responsibilities of the media were respected and in view of the manner in which the information related in the three news items was obtained, the Court is satisfied that, when publishing on the website, the applicant company acted in discharge of their duty as purveyors of accurate and reliable information and in full compliance with the tenets of responsible journalism .

Penalty imposed on the applicant company

In the Court’s view, when faced with the task of balancing the reputational interests of a commercial company against the general interests of society in protecting public health and in being informed of potential health hazards, as well as the corresponding interest (and duty) of members of the media in reporting on such hazards, domestic courts ought to demonstrate convincingly the existence of a pressing social need capable of justifying an interference with freedom of the media.

However, the Circuit Court, , did not advance any arguments as to why it had accorded more weight to the reputational interests of a commercial company than to the interest of the general public to be informed of such a serious matter as an instance of mercury poisoning through commercially distributed foods. Nor did the Circuit Court make any assessment, however perfunctory, of the proportionality of the sizeable amount claimed by the commercial company in respect of non‑pecuniary damage to the alleged damage to its business reputation, thus disregarding the requirement under the Convention that an award of damages for defamation must bear a reasonable relationship of proportionality to the injury to reputation suffered .

The Court thus considers that the Circuit Court did not provide “relevant and sufficient reasons” to justify the award of RUB 1,000,000 in compensation for the alleged damage to the reputation of a commercial company.

In view of the above elements, the Court considers that the Circuit Court failed to establish convincingly and in conformity with the principles embodied in Article 10 of the Convention that there had been a pressing social need for the interference complained of.  The Circuit Court’s judgment of 10 October 2007 thus amounted to a disproportionate interference with the applicant company’s right to freedom of expression that was not “necessary in a democratic society” within the meaning of Article 10 § 2 of the Convention.  There has accordingly been a violation of Article 10 of the Convention.