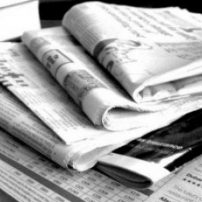 Conviction of a publisher and editor-in-chief of a newspaper for publishing statements by leaders of a terrorist organization for incitement to violence. Freedom of transmission of information was not infringed.

Press, freedom of thought and incitement to violence.

The applicants, the publisher and editor-in-chief of the newspaper, were sentenced to a fine for publishing statements by a terrorist leader threatening a “guerrilla fight” in the event of no dialogue and inciting “patriots” to act. The Supreme Court ruled that the publisher’s offense had been time-barred and suspended the editor-in-chief’s sentence.

According to the ECtHR, the punishment of a journalist for contributing to the dissemination of information (statements) of a third party seriously impedes the press’s contribution to discussions of public interest issues and cannot be taken without particularly serious reasons. In the present case, however, the statements alleged are interpreted as incitement to violence, Strasbourg considers that the applicants, in their capacity as publisher and editor of a newspaper, cannot be relieved of responsibility and given the wrongful conviction of another punishment as an interference with the freedom to transmit information is not disproportionate to the legitimate aims pursued.

The applicants, Ali Gürbüz and Hasan Bayar, are Turkish nationals who were born in 1971 and 1982
respectively. They live in Cologne (Germany) and Berne (Switzerland) respectively. At the relevant
time Mr Gürbüz was the owner of the daily newspaper Ülkede Özgür Gündem and Mr Bayar was its
editor-in-chief.

The case concerned criminal proceedings brought against them for publishing statements by
Abdullah Öcalan (head of the Kurdistan Workers’ Party (PKK), an illegal armed organisation) and
Murat Karayılan (president of Kongra-Gel, a branch of the PKK) in an article which appeared in their
newspaper on 3 September 2004.

In September 2007 the Istanbul Assize Court convicted them of the offence of publishing statements
by a terrorist organisation, under the Prevention of Terrorism Act (Law no. 3713). The two applicants
were ordered to pay a fine, equivalent to 1541.59 euros (EUR) in Mr Gürbüz’s case and EUR 770.80
in Mr Bayar’s.

In March 2012 the Court of Cassation held that the criminal proceedings against Mr Gürbüz were
time-barred. In contrast, it upheld the assize-court judgment in respect of Mr Bayar on the grounds
that it had become final as a result of the amount of the fine. Mr Bayar’s sentence was suspended.
Relying on Article 10 (freedom of expression) of the European Convention, Mr Gürbüz and Mr Bayar
complained about the criminal proceedings brought against them.

The Court notes that, in the present case, the reason for the criminal proceedings against the applicants is the publication of statements by Abdullah Öcalan and Murat Karayılan,  PKK leaders. It also observes that, at the time of the facts, Öcalan continued to express his views on the situation in the country and that he gave instructions to PKK members through his regular meetings with his lawyers, whose reports were published in some daily newspapers, including the applicants’ diaries.

Examining the content of the statements published in the applicants’ daily newspaper, the Court notes that those statements generally concerned a proposal by the Kongra-Gel ceasefire and the latter’s appeals to hand over the weapons. In these statements, Öcalan in particular said that he approved the Kongra-Gel proposal for a ceasefire and called on the authorities to immediately implement the requirements of this organization. He added that it was necessary to develop the dialogue between Turkey and the Kurds, and warned that “if the path of dialogue does not develop, 2005 will necessarily be the year of the transition to guerrilla warfare, even if it does not want to. It also called for “all those who claim to be patriots to come under the banner of Kongra-Gel” and “all Kurdish democratic entities to find a new momentum in unity”.

Concerning Karayılan’s statements, the ECtHR notes that he stressed the need for peace in the region, which, in his view, concerned the recognition and respect of the rights of the Kurdish people and called for a dialogue with Kurdish representatives in order to find a democratic and a peaceful solution to the Kurdish problem. He stressed in particular that he was ready to lay down his weapons if the conditions were met.

The ECtHR therefore observes that his statements were rather peaceful and did not appear to stimulate the commission or prosecution of violent acts. On the other hand, it considers that the words of Öcalan were, more specifically and clearly discrete, especially with regard to certain passages. Indeed, paying particular attention to the terms used by the above in his statements, the Court notes that, even if he was in favor of the ceasefire proposal by Kongra-Gel, it nevertheless considered the possibility of resorting to violence if the authorities did not respond to the call for dialogue initiated by this organization in the context of its demands.

The Court considers that the following passage of the article contained a tacit threat to the authorities as well as a mandate to Öcalan’s compatriots and PKK members known as guerrillas, warning them of a possible escalation or recurrence of terrorist acts in 2005: “if If the course of the dialogue is not developed, 2005 will necessarily be the year of the guerrilla war, even if they do not want it. ” The Court considers that this passage can be regarded as a public provocation for a crime within the meaning of Article 5 of the Council of Europe Convention on the Prevention of Terrorism. It also notes that, in this context, the complainant called on all those who claimed to be patriots at the rally under the auspices of the Kongra-Gel illegal organization. It considers that, in view of the nature, purpose and past actions of the latter organism, this appeal is similar to the message of A.Ö. its supporters to recruit terrorists under Article 6 of the Council of Europe Convention on the Prevention of Terrorism.

Therefore, given the identity of A.Ö., the imprisoned leader of the PKK who continued to transmit his instructions to his former organization through his lawyers at the time of the facts, acts committed by his organization, the content of the disputed parts of that person’s statements containing threats and orders about possible acts of violence perpetrated by PKK members in 2005 and the fragile context of a ceasefire proposal made by Kongra-Gel in which lonoti is true that the applicants have personally joined in the A.Ö. statements, it nevertheless provided a forum for this and allow the dissemination of these statements.

The Court recalls in this regard that “punishing a journalist for contributing to the dissemination of a third party’s statements would seriously impede the press’s contribution to discussions of problems of general interest and cannot be taken without particularly serious reasons”. It also recalls that it has already ruled that the repression of SME professionals, which is practiced mechanically by Article 6 § 2 of Law 3713, does not take into account the purpose of receiving or transmitting information or ideas. However, in the circumstances of the present case, in view of the conclusion that the statements alleged are interpreted as incitement to violence, it considers that the applicants, in their capacity as editor and editor of a newspaper, cannot be relieved of any responsibility.

In addition, having regard to the margin of appreciation enjoyed by the national authorities in such cases and having regard to the fact that the criminal proceedings which have been instituted have been terminated due to limitation in respect of the first applicant and the suspension of the enforcement of the fine imposed on the latter, the Court considers that the interference at issue was disproportionate to the legitimate aims pursued.

In the light of the foregoing, the Court concludes that there has been no violation of Article 10 of the Convention in the present case.(echrcaselaw.com).