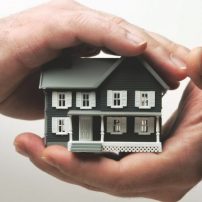 The case Sakskoburggotski and Others v. Bulgaria (application nos. 38948/10, 55777/12 and 8954/17) concerns the former King of Bulgaria, his sister and five other members of the royal family, and their attempts to obtain the restitution of former properties of the Crown.

The European Court of Human Rights has decided to look into two complaints brought by the former king and his sister under Article 1 of Protocol No. 1 (protection of property) to the European Convention on Human Rights and Articles 6 § 1 (right to a fair trial) and 13 (right to an effective remedy) of the Convention. These complaints centre, first, on a Parliamentary decision of 2009 imposing a moratorium on the commercial use and sale of properties which had been returned to the royal family and, second, on the domestic courts’ decisions recognising the State as owner of two of those properties, namely the Saragyol complex and the Sitnyakovo estate. The Court has given notice1 to the Bulgarian Government of these complaints, together with questions, and asked it to submit observations. The Court’s ruling in the case will be made at a later date.

In contrast, it dismissed the complaint brought by the former king and his sister as regards another property, the Krichim estate, finding that the national courts had rejected their restitution claims to the estate in detailed and well-reasoned judgments. The Court also dismissed the complaints brought by the five other members of the royal family, finding that they could not claim to be a victim of a violation of the European Convention. In particular, they had not shown that they had ever been in possession of or used the properties at issue or suffered any other disadvantage as a result of the 2009 moratorium. The decision dismissing these complaints is final.

Article 1 of the First Protocol

The monarchy was abolished in Bulgaria in 1946. The following year Parliament passed legislation (the 1947 Act) confiscating royal properties, which were then used by the State.
In 1998 the Constitutional Court found that the 1947 Act was contrary to the Constitution and the applicants subsequently sought the return of properties previously used by the royal family.
Between 1999 and 2004 all but one of the properties, namely the Krichim estate consisting of a palace, auxiliary buildings and land, was transferred into the possession of the royal family. Further proceedings against the State over the estate were unsuccessful.

The authorities in turn brought proceedings against the applicants over all but two of the properties which had been returned to the royal family. The courts eventually found for the State in 2016 as concerned two of the properties – the Saragyol complex, a hunting lodge, and the Sitnyakovo estate, another palace and its surroundings. Most of the proceedings over the remaining properties are apparently still pending.

Complaints brought by the former King of Bulgaria and his sister

The Court considered that it could not, on the basis of the case file, determine the admissibility and merits of the complaints brought by the former king and his sister as regards the parliamentary decision of 2009, their inability to challenge this decision and the domestic courts’ decisions on the Saragyol complex and the Sitnyakovo estate. It therefore decided that it was necessary, under Rule 54 § 2 (b) of the Rules of Court, to give notice to the Bulgarian Government of these complaints under Article 1 of Protocol No. 1 and Articles 6 § 1 and 13.

However, the Court held, unanimously, that there were no grounds for their complaint about the domestic courts’ decisions refusing to declare them the owners of the Krichim estate and declared it inadmissible.

Unlike other properties they had claimed, this estate had never been transferred into their possession on the basis of their alleged restitution rights. Nor could they have had any “legitimate expectation” of obtaining restitution of the Krichim estate or of being recognised as its owners. The national courts had examined their argument that the Krichim estate had been the private property of their predecessors, the former Kings Ferdinand and Boris III, and concluded that it had not, giving detailed, adequate and sufficient reasoning and relying on the relevant domestic law. In particular the courts had found that the Krichim estate had been in the adverse possession of a State body, the Intendancy of the King’s Civil List, and that there was no proof that the buildings had been paid for with the Kings’ own money; on the contrary, they had apparently been financed by the State.

Complaints brought by the other five members of the royal family

In particular, they had not shown that they had ever been in possession of or used the properties at issue. In the domestic proceedings concerning the Saragyol complex and the Sitnyakovo estate they had even expressly stated that they had not been in possession of these properties. Nor had they claimed to have become the owners of the Krichim estate together with the former king and his sister in the proceedings concerning that property. Moreover, it had not been shown that they had suffered any other disadvantage as a result of the 2009 moratorium obliging the heirs of the former Kings to take good care of the properties claimed by the royal family or otherwise be liable for any damage. Lastly, they had never claimed that they had incurred expenses with regard to any of the other properties concerned by their complaints (echrcaselaw.com editing).