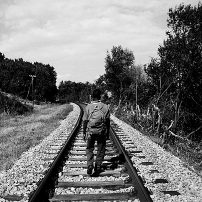 Limits on the protection of family life. Expulsion of an alien for national security reasons.

The applicant was born in the former Soviet Union to a Russian mother and a Polish father. He acquired Polish citizenship and maintained ties with that country even though he lived in Russia for most of his life. He was deported from Russia at the age of 30 after being convicted of a serious criminal offense (serious intentional harm) for which he was sentenced to 6 years in prison. The domestic courts dismissed his appeal against the deportation because they considered him to be a threat to public order and security.

The Court reiterated that it is not meant to protect family life when it comes to adults in relation to older parents, with the exception of exceptions. It also noted that the applicant had been convicted of deliberately committing a particularly serious crime and therefore constituted a danger to public policy, and held that the domestic courts had thoroughly investigated the applicant’s actions and weighed all relevant factors and that the national authorities had deportation decision. No violation of the protection of family life was found (Article 8 ECHR).

The applicant, Yan Zakharchuk, is a Polish national who was born in 1980 and lives in Bialystok,
Poland).

The case concerned the applicant’s expulsion from Russia for eight years after he had been
convicted of grievous bodily harm.

Mr Zakharchuk was born in Leningrad in the former Soviet Union to a mother who was a Soviet
citizen and a father who was Polish. He has had Polish nationality since 1980 and lived for most of
his life in the former Soviet Union and then Russia, apart from a short period when he lived in Poland
as a small child. His residence in Russia was based on five-year residence permits.

In December 2004 the St Petersburg Military Garrison Court found him guilty of causing grievous
bodily harm to a military officer in a group attack and sentenced him to six years in jail.

He was released on parole in May 2010 and in August of the same year the Justice Ministry ordered
that he be excluded from the country as an undesirable until December 2018, citing his conviction
for a particularly serious crime and his representing a threat to public order.

He appealed against the order, arguing that expulsion would interfere with his right to respect for
his private and family life as he had lived all his life in Russia; that it would affect his relationship with
his mother, who lived in Russia; and that he had never lived in Poland. All his appeals were rejected
and he was deported in July 2011. The expulsion term expired in December 2018.

The Court has repeatedly stated that the applicants cannot rely on the existence of ‘family life’ in relation to elderly parents unless they have been shown to be dependent on their family members.

In addition, the Court recalls that it is for the Contracting States to maintain public order, in particular by exercising their right to control the entry and residence of aliens.

It is clear from the documents submitted by the applicant that he obtained Polish citizenship in 1980 and that he had not applied for a Russian passport prior to the expulsion in August 2010. Therefore, the Court does not find that the applicant’s assertion that his birthright was related to Russian citizenship at birth is relevant to the examination of the present case.

The Court is prepared to accept that the measure imposed on the applicant pursues the legitimate aim of preventing disorder and crime. It remains to be ascertained whether the interference was proportionate to the legitimate aim pursued, in particular if the domestic authorities had achieved a fair balance between their respective interests, on the one hand, the prevention of disorder and crime and, on the other hand, the right to privacy. of life on the other.

The Court observes from the outset that the applicant lived the vast majority of his life in Russia. He was born there, attended school and then University there, and worked until he was expelled at the age of 31. His mother, who was his only relative and Russian citizen, also resided there with him. In view of this fact, the Court has no doubt that the applicant was fully integrated into Russian society.

It is apparent from the submitted documents that before the imposition to the applicant of such an extreme measure as deportation for eight years, the domestic courts noted the length of his stay in Russia, his integration into the local community and the fact that he maintained ties with Poland, by taking regular measures to preserve Polish citizenship and to visit the country.

The courts also stated that the applicant had been convicted of deliberately committing a particularly serious crime and that the danger to society could be demonstrated by its nature, which caused serious injury to the victim. The courts therefore took into account the relevant considerations in the examination of the applicant’s eight-year deportation applications.

In those circumstances, the Court finds that the domestic courts thoroughly investigated the applicant’s actions against the contested measure and weighed all the relevant factors. Accordingly, the Court concludes that the national authorities have struck a fair balance between competing interests at the time of its administrative expulsion.

No violation of Article 8