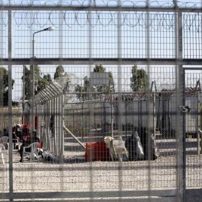 The Court ruled that the new compensatory remedy was an effective one where no other remedies
were required, in particular, for all cases of past pre-trial detention and some situations of
correctional detention in breach of domestic provisions. Six applicants falling into those two
categories should therefore use the new remedy at national level before their complaints could be
examined by the Court. Their complaints were declared inadmissible for failure to exhaust domestic
remedies.

The Court stressed that it will apply this approach to all similar applications. The applicants in the
two categories outlined above whose complaints were pending with the Court when the new law
had come into force had until 27 July 2020 to apply for compensation under the new scheme.
Furthermore, it decided, also unanimously, to adjourn the examination of the remaining 11
applications and asked the parties to submit additional observations to clarify the effectiveness of
the compensatory remedies for other types of past correctional detention; and of other types of
remedies to improve situations of those in continued detention

The applicants are 17 Russian nationals who are/were detained in various Russian detention
facilities, before or after their conviction in criminal proceedings.

They all lodged applications with the European Court of Human Rights to complain about
inadequate conditions of detention, in particular because of overcrowding. For some of the
applicants their detention was already over at the time of the exchange of observations
between the parties in the case before the European Court, while for others it continued.
About 1,450 similar applications against Russia concerning pre-trial detention and about
3,600 concerning detention in post-conviction facilities were awaiting examination by the
European Court in March 2020.

A new law, Federal Law no. 494–FZ (“the Compensation Act”), was adopted in December
2019 and entered into force on 27 January 2020, providing that any detainee who alleges
that his or her conditions of detention are/were in breach of national or international
standards can claim financial compensation in court.

The Compensation Act was adopted in response to the European Court’s leading judgments
Ananyev and Others v. Russia of 2012 (application nos. 42525/07 and 60800/08) and Sergey
Babushkin v. Russia of 2013 (no. 5993/08) concerning, respectively, poor conditions of pretrial and correctional (post-trial) detention.
The Russian Government has submitted information about the new law and other relevant
domestic developments aimed to alleviate improper conditions of detention. It asked the
European Court to treat the Compensation Act as a new remedy in respect of conditions of
detention complaints. The applicants concerned disagreed with or made no comments on
these submissions.

Articles 3 and 13 (inadequate conditions of detention)

First, the Court recalled reforms undertaken in several member States to remedy
inadequate conditions of detention. It reiterated that two types of relief were possible:
namely, an improvement in conditions of pending detention (preventive remedies) and
compensation for any damage sustained (compensatory remedies). The Court stressed that
the preventive and compensatory remedies were interrelated and, for them to be effective,
they had to be combined.

Nevertheless, the two types of remedies could be examined separately. It thus limited the
scope of its conclusion concerning the Compensation Act to past detention only, while
deciding that the effectiveness of any preventive remedies still had to be assessed.

In particular, the Court found that the Compensation Act was, in principle, an adequate and
effective avenue for compensatory redress in cases raising issues of improper conditions of
past pre-trial and some situations of correctional detention, where the latter was allegedly
in breach of domestic provisions.

The remedy had the requisite procedural guarantees associated with judicial adversarial
proceedings, was directly accessible to the persons concerned and offered them reasonable
prospects of success. Furthermore, there were no reasons to believe that such claims would
not be processed within a reasonable time, that the compensation awarded would be
incompatible with the Convention standards or that it would not be paid promptly.

Moreover, the Compensation Act was accompanied by an extensive body of explanatory
and directive guidance by the Supreme Court. It also built on recent developments in the
national legislation and practice to alleviate inadequate conditions of detention, including
the entering into force of a new Code of Administrative Procedure (“the CAP”) in 2015 and
changes to the Criminal Code, such as setting a rule under which time spent in pre-trial
detention is taken into account to reduce the length of correctional detention for many
categories of detainees.

The Court concluded that the new compensatory remedy should be regarded as an effective
remedy to be used for past detention where Russian legislation had set a standard of
personal space per detainee that was compatible with the minimum threshold of severity
for inhuman and degrading treatment under Article 3 of the European Convention (namely,
3 square metres of personal space per detainee, as recommended by the 2016 Grand
Chamber judgment Muršić v. Croatia, application no. 7334/13) or where the detention had
fallen below the national standard.

The Court found that such was the case for six of the applicants (in application
nos. 66806/17, 17991/18, 19294/18, 21542/18, 31682/18 and 32545/18). These applicants,
who had lodged well-founded complaints about a breach of their rights on account of
inadequate conditions of past pre-trial or correctional detention, could now use the
Compensation Act to obtain redress before applying to the Court. Their complaints under
Articles 3 and 13 were therefore declared inadmissible for failure to exhaust the new
domestic remedies.

In line with the transitional provisions in the Compensation Act, all those whose complaints
were pending before the Court when the Act entered into force, or were declared
inadmissible for reasons of non-exhaustion, have 180 days to avail themselves of the said
remedy. In view of this, the Court decided to extend this approach to all similar applications,
i.e. those where the applicants complain about past pre-trial detention or past correctional
detention, in breach of the domestic standards.

However, where the domestic legislation had set a standard that was apparently
incompatible with Convention requirements, namely 2/2.5 square metres of personal space
per detainee in correctional detention, the effectiveness of the new compensatory remedy
was not certain, even in respect of past detention. This was the case for three of the
applicants (in application nos. 41743/17, 60185/17 and 14988/18).

The Court therefore decided to a djourn these applications and to ask the parties to submit
further written observations to clarify the effectiveness of the compensatory remedies for
such past detention.

It likewise decided to adjourn the other eight applications concerning situations of
continued detention (applicants whose pre-trial or post-trial detention was still pending:
nos. 74497/17, 75804/17, 77181/17, 77265/17, 1249/18, 9152/18, 19837/18 and 29155/18)
because it did not have sufficient material at its disposal to assess the effectiveness of the
preventive remedies available. Indeed, the effectiveness of the judicial remedies provided
for by the CAP remained to be assessed, in particular with regard to the wide-spread nature
of overcrowding in penitentiary institutions. The parties were asked to submit further
written observations in this regard, too.

Pending its assessment of further effectiveness of domestic remedies, the processing of all
newly lodged applications raising similar issues would be put on hold. The Court could
continue to deal with cases which had already been notified (“communicated”) to the
parties by processing friendly settlement proposals or unilateral declarations, or otherwise.