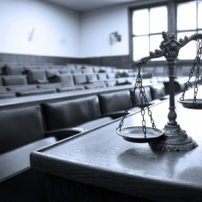 Right to be heard. Condemnation of the President and Vice-President of the Basque Parliament by the Supreme Court for failure to comply with a decision to dissolve the parliamentary groups in the various bodies of the Autonomous Communities of the Basque Country and Navarre without even being given the right to be heard and to express their views. Infringement of the right to a hearing with a symbolic penalty of EUR 1.

The applicants are Spanish nationals. Juan Maria Atutxa Mendiola (born in 1941) is the former President of the Parliament of the Autonomous Community of the Basque Country. Gorka Knorr Borras (born 1950) and Maria Concepción Bilbao Cuevas (born 1958) were respectively the Vice-President and clerk of the Parliament at the time when Mr Atutxa Mendiola was its President.
They live in Lemoa, Barcelona and Zurbano (Spain) respectively.

The case concerned their conviction by the Supreme Court for failing to comply with a decision ordering the dissolution of the parliamentary groups in the different institutions of the autonomous communities of the Basque Country and of Navarre which bore the name Batasuna.

The union Manos Limpias and the public prosecutor filed a complaint against the applicants for the offence of non-compliance with a court order. In November 2005 and December 2006 the applicants were acquitted twice by the Superior Court of Justice. The union appealed on points of law. In a judgment of 8 April 2008, delivered after a public hearing attended by the applicants’ representatives but during which they were not heard, the court found the applicants guilty of the offence of non-compliance and sentenced them to disqualification from public office for a period of between 12 and 18 months, together with the payment of a fine and costs. On the basis of the same facts, regarded as established by the judgment of the Superior Court of Justice, the Supreme Court found that the applicants had deliberately and openly refused to comply with the decision ordering the dissolution of the parliamentary groups in question.
Relying in particular on Article 6 § 1 (right to a fair hearing), the applicants complained that they had been convicted without having been heard in a public hearing. They alleged that the Supreme Court had not confined itself to purely legal questions but had carried out a review of the facts and had reconsidered evidence such as witness statements, which, in their view, had been of crucial importance for the assessment of the facts.

Just satisfaction: EUR 1 to each applicant (non-pecuniary damage) and EUR 600 to the applicants jointly (costs and expenses)