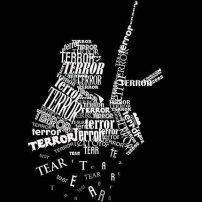 Presumption of innocence and disciplinary proceedings. Disciplinary dismissal of teachers for involvement in the Hizbollah terrorist organization despite the fact that they have never been convicted of the offense. The verbal formula used by the courts must not identify criminal liability for the offender accused in the disciplinary proceedings when there is no irrevocable conviction.

According to the ECtHR, the Administrative Court’s report that the first applicant teacher sent his CV to the organization and attended courses, did not violate the presumption of innocence.

However, the presumption of innocence was violated when mentioning the court’s decision that the second applicant was a member of the Hezbollah terrorist organization and therefore a culprit.

No violation of Article 6 (1) with regard to the reasoning of the decision, since it was not manifestly arbitrary or absurd, nor did it amount to denial of justice.

The applicants, Cemal and Ahmet Urat, are brothers. They are Turkish nationals and were born in
1964 and 1962 respectively. They live in Mardin (Turkey).

The case concerned their dismissal from their posts as primary school teachers.

In the meantime, disciplinary proceedings were brought against them and they were suspended
from their positions. Following an investigation, the Supreme Disciplinary Council dismissed them in
2001.

The applicants challenged their dismissals before the administrative courts, without success. They
both argued in particular that dismissing them without a final conviction infringed the presumption
of innocence. As concerns Cemal Urat, in 2005 the courts considered that he had committed a
disciplinary offence by giving his profile to Hizbullah and by attending its lessons and meetings. As
concerns Ahmet Urat, in 2008 the courts stated that certain elements in his criminal file
demonstrated that he had been a member of Hizbullah.

Relying on Article 6 § 2 (presumption of innocence), both applicants complained that they had been
dismissed from their jobs despite the fact that they had never been convicted. The first applicant
also complained under Article 6 § 1 (right to a fair hearing) that the administrative proceedings had
been unfair, alleging in particular that the decision of 2005 had lacked adequate reasons.

(a) Applicability – There were two aspects to the protection afforded by the presumption of innocence: a procedural aspect relating to the conduct of the criminal trial, and a second aspect, which aimed at ensuring respect for a finding of innocence in the context of subsequent proceedings. There was no single approach to ascertaining the circumstances in which the second aspect of Article 6 § 2 would be violated. Much would depend on the nature and context of the proceedings in which the impugned decision had been adopted. However, in all cases, the language used by a decision maker would be of critical importance in assessing the compatibility of the decision and its reasoning with Article 6 § 2.

The overlap in time between the proceedings did not lead to an automatic application of Article 6 § 2 to the subsequent proceedings; there had also to be a link between two such sets of proceedings to justify extending the principle of the presumption of innocence to subsequent proceedings. The parties had not disputed the fact that the dismissal of the applicants from the civil service had been directly related to the events leading to the criminal proceedings. The fact that the disciplinary authorities and administrative courts had examined the criminal file and based their reasoning to a great extent on its contents was sufficient to enable the Court to conclude that a strong link existed between the criminal and disciplinary proceedings.

(b) Merits – In cases concerning disciplinary proceedings, there was no automatic infringement of Article 6 § 2 where an applicant had been found guilty of a disciplinary offence arising out of the same facts as a previous criminal charge which had not resulted in a conviction. Disciplinary bodies were empowered to, and capable of, establishing independently the facts of the cases before them and that the constitutive elements of criminal and disciplinary offences were not identical. In that connection it was neither the purpose nor the effect of the provisions of Article 6 § 2 to prevent the authorities vested with disciplinary power from imposing sanctions on a civil servant for acts with which he had been charged in criminal proceedings where such misconduct had been duly established. The Convention did not preclude that an act might give rise to both criminal and disciplinary proceedings, or that two sets of proceedings might be pursued in parallel. Even exoneration from criminal responsibility did not, as such, preclude the establishment of civil or other forms of liability arising out of the same facts on the basis of a less strict burden of proof. However, in the absence of a final criminal conviction, if the disciplinary decision were to contain a statement imputing criminal liability to the applicant for the misconduct alleged against him in the disciplinary proceedings, it would raise an issue under Article 6 § 2.

(i) As regards the first applicant – In its impugned judgment the administrative court had started out by summarising the factual and legal background giving rise to the first applicant’s dismissal. It had then noted that his dismissal from the civil service had been recommended because he had been considered to be a member of the Hizbullah terrorist organisation. In its reasoning, the administrative court had considered that the first applicant had committed a disciplinary offence by giving his profile to Hizbullah and by attending its lessons and meetings, indicating therefore that those findings fell within the scope of “disrupting the peace, tranquillity and working order of the institution for ideological and political purposes”.

Conclusion: no violation in respect of the first applicant (unanimously).

(ii) As regards the second applicant – In its reasoning, the domestic court had stated that certain elements in the criminal case file had demonstrated that the second applicant had been a member of the Hizbullah terrorist organisation. In the Court’s view, that statement alone amounted to an unequivocal declaration of the second applicant’s criminal liability and ran counter to his right not to have his innocence called into question with respect to criminal proceedings which had been discontinued.

Conclusion: violation in respect of the second applicant (unanimously).

The Court further held, by six votes to one, that there had been no violation of Article 6 § 1 as the domestic court’s reasoning in the first applicant’s case had not reached the threshold of arbitrariness or manifest unreasonableness, or amounted to a denial of justice.