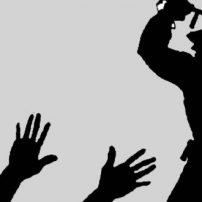 Torture of two citizens by a police officer. Sentenced to a light penalty, non-disciplinary punishment and promotion! The criminal and disciplinary system in Greece is devoid of seriousness according to Strasbourg!

The case concerned criminal proceedings leading to the conviction of a police officer for torturing Mr Sidiropoulos and Mr Papakostas, and in particular the sanctions imposed on the offender: a five-year prison sentence commuted to a fine of five euros per day of detention, payable in 36 instalments over three years. An administrative investigation was closed.

The Court found in particular that the criminal and disciplinary system had proved to be seriously lacking in rigour and incapable of having a deterrent effect to ensure the effective prevention of illegal acts such as torture. The outcome of the proceedings against the police officer had not provided appropriate redress for the breach of the right enshrined in Article 3 of the Convention, as the offender had never suffered from the consequences of his actions as a police officer and the leniency of the criminal sanction had been manifestly disproportionate having regard to the seriousness of the treatment inflicted on the applicants.

The Court also found that the length of the criminal proceedings (eight years for one level of jurisdiction) had not been reasonable and that Mr Sidiropoulos and Mr Papakostas had not had a domestic remedy by which to obtain redress for this complaint.

The applicants, Georgios Sidiropoulos and Ioannis Papakostas, are Greek nationals who were born in 1985 and 1982. They live in Aspropyrgos (Greece).

Mr Sidiropoulos and Mr Papakostas were arrested separately by the police on the night of 13 to 14 August 2002 for various road traffic offenses. They were both taken to the police station in Aspropyrgos for questioning by police officer C.E. They subsequently complained of C.E.’s conduct, indicating that during the questioning he had applied a black device emitting an electric current to different parts of their bodies. Injuries were reported by doctors.

An administrative investigation was opened and then closed in July 2003, as no suspicious objects had been found at the police officer’s home. The officer, however, did give the authorities a black portable transceiver which had been at his disposal during the questioning of Mr Papakostas. C.E. was ordered to pay a fine of 100 euros (EUR) for using a transceiver, without prior authorisation, in the course of his duties.

Criminal proceedings were also brought against C.E., and Mr Sidiropoulos and Mr Papakostas joined the proceedings as civil parties. In December 2011 the Athens Assize Court found C.E. guilty of torturing persons under his authority in the course of his duties. In February 2014 the Athens Criminal Court of Appeal upheld the first-instance judgment, sentencing C.E. to five years’ imprisonment, commuted to a monetary penalty of EUR 5 per day of detention, payable in 36 monthly instalments over three years. The Court of Appeal took the view that the pecuniary sanction was sufficient to deter him from committing other offences in view of his financial situation and his personality. In the meantime, in 2010, it was decided to remove C.E. from the police force, in accordance with his request. Upon his departure, C.E. was promoted from master sergeant to warrant officer.

Article 3 (prohibition of torture and inhuman or degrading treatment)

The Court noted that two sets of proceedings (criminal and administrative) had been opened and that they could have had consequences for the criminal or personal situation of the offender (C.E.). 1. Criminal proceedings The liability of C.E. for the alleged acts had been recognised by the national courts and the proceedings had resulted in a conviction for torture by electric shocks. As regards the penalty imposed, the fact that Mr Sidiropoulos had been a minor at the material time was not taken into account. The Court of Appeal, finding mitigating circumstances, had sentenced C.E. to five years’ imprisonment, taking the view that the offence committed by C.E. was one of particular moral indignity for the “legal civilisation” and for the “personal rights” of Mr Sidiropoulos and Mr Papakostas. It then commuted this sentence to a fine of EUR 5 per day of imprisonment, when the maximum provided for by domestic law was EUR 100 per day, payable in 36 monthly instalments. Thus the Court of Appeal only took into account the financial situation of the police officer C.E. and the question whether this sentence was capable of preventing him from committing such offences in the future.

In the Court’s view, such a penalty could not be considered to deter the offender or other State agents from committing similar officers, or be perceived as fair by the victims, all the more so as the acts complained of had been characterised as torture. The purpose of the domestic law provisions on punishment for torture inflicted by State agents was, however, to ensure genuine protection of individuals, in particular where those concerned were under the sole supervision of the police, and to establish effective measures to punish and prevent ill-treatment by State agents. In sum, the Court considered that the leniency of the penalty imposed on police officer C.E. had been manifestly disproportionate in view of the seriousness of the treatment inflicted on Mr Sidiropoulos and Mr Papakostas. 2. The administrative investigation The case had been closed with respect to the use of an electric shock device and C.E. had been fined EUR 100 for using a portable transceiver without prior authorisation. This procedure had ended before the completion of the criminal proceedings and both sets of proceedings had reached substantially different conclusions. C.E. had never suffered from the consequences of his actions as a police officer, as he had left the police force of his own accord, having served with it for eight years after the facts. Owing to the length of the criminal proceedings, it had been impossible to resume the disciplinary procedure as C.E. had left the police in the meantime. Lastly, on his departure, C.E. had been promoted, with all the moral and pecuniary implications involved (C.E. was promoted from master sergeant to warrant officer).

Consequently, the Court found that the criminal and disciplinary system, as applied in the present case, had proved to be seriously lacking in rigour and incapable of having a deterrent effect to ensure the effective prevention of illegal acts such as those complained of by Mr Sidiropoulos and Mr Papakostas (torture). The outcome of the proceedings against the police officer had not provided appropriate redress for the breach of the right enshrined in Article 3 of the Convention. There had thus been a violation of Article 3, under its procedural head.
Article 6 (right to a fair hearing within a reasonable time) and Article 13 (right to an effective remedy)

Referring to its Michelioudakis v. Greece judgment2, the Court noted that the proceedings had lasted for eight years at one level of jurisdictions and that Mr Sidiropoulos and Mr Papakostas had not had any effective remedy by which to obtain redress for the breach of their right to have their case determined within a reasonable time. There had been a violation of Articles 6 § 1 and 13 of the Convention.

The Court held that Greece was to pay each of the applicants EUR 26,000 in respect of non-pecuniary damage and EUR 2,000, jointly, for costs and expenses (echrcaselaw.com editing).