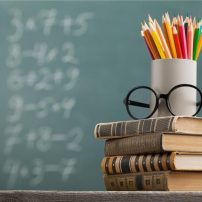 The case concerns the refusal by a Basle primary school to grant Ms A.R’s request that her daughter, then aged seven and about to move up to the second year of primary school, be exempted from sex education lessons.

The Court found the application manifestly ill-founded. It noted in particular that sex education at a kindergarten and in the first years of primary school was complementary in nature and not systematic; the teachers merely had to “react to the children’s questions and actions”.

The applicants, Ms A.R. and her daughter L.R., are Swiss nationals who were born in 1970 and 2003 respectively and live in Basle.

In August 2011 Ms A.R. submitted a request to the primary school for her daughter L.R., then aged 7, to be exempted from sex education classes on the grounds that her participation in such classes was an interference with their fundamental rights guaranteed by the Swiss Constitution. The head teacher of the primary school rejected this request by a decision of 27 September 2011.
After lodging an appeal with the Department of Education, which was rejected by a decision of 3 July 2012, Ms A.R. and L.R. applied to the Basle-Urban Administrative Court, seeking the annulment of the earlier decision. The court dismissed the appeal in a judgment of 14 August 2012, in which it stated that L.R. had never attended such classes, and that the dispute arose out of the mere possibility of her attendance. The two applicants appealed to the Federal Court, which dismissed their appeal by a judgment of 15 November 2014, on the grounds, mainly, that sex education lessons were only given “in response” to children’s questions and that they were not systematic or compulsory.

As regards the applicants’ victim status, the Court began by finding that, under Article 34 of the Convention, the application was manifestly ill-founded in respect of L.R., who had never actually attended sex education classes before the end of her second year at primary school.

Article 8 § 1 (right to respect for private and family life)

The Court first recognised that one of the aims of sex education was the prevention of sexual violence and exploitation, which posed a real threat to the physical and mental health of children and against which they had to be protected at all ages. It also stressed that one of the objectives of State education was to prepare children for social realities, and this tended to justify the sexual education of very young children attending kindergarten or primary school. The Court thus found that school sex education, as practised in the canton of Basel-Urban, pursued legitimate aims.
As to the proportionality of the refusal to grant exemption from such classes, the Court observed that the national authorities had recognised the paramount importance of the parents’ right to provide for the sexual education of their children. Moreover, it stated that the complementary nature of the classes derived from the fact that they were not systematic, as the teachers had to confine themselves to “reacting to children’s questions and actions” in accordance with a 2011 instruction.

The Court therefore concluded that the Swiss authorities had not overstepped the room for manoeuvre (“margin of appreciation”) accorded to them by the Convention. Consequently, the applicants’ complaint was rejected as manifestly ill-founded.

As Ms A.R. had not provided sufficient substantiation for her complaint of a violation of this provision, the Court found that it was manifestly ill-founded and rejected it.

Ms A.R. had not exhausted domestic remedies, as she had not complained of discrimination before the Federal Court. The Court thus rejected this complaint for non-exhaustion of domestic remedies (echrcaselaw.com editing).