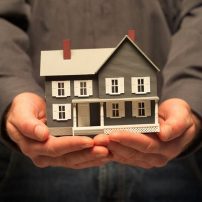 Incorrect registration in the land register can not remove ownership

Right to property. Incorrect registration in the private property register as municipal. The real estate was erroneously registered in the cadastre as municipal property and not as the property of the applicant due to the existence of a decision that had previously held her guilty of fleeing from Czechoslovakia. Citing a violation of Article 1 of the First Protocol, she claimed that she had effectively lost its ownership of this property. The Court accepted her appeal and awarded her a substantial sum of money for damages and moral harm.

The applicant, Sylvie Žáková, is a Czech national who was born in 1938 and lives in Landshut, Germany. She emigrated in 1968 from the then Czechoslovakia and in the 1970s all her property there – consisting in particular of one plot of land in the cadastral area of Třebíč – was seized by the communist regime. In 1991 the decisions on the seizure were declared null and void and Ms Žáková started renting the land to a municipality. Relying on Article 1 of Protocol No. 1 (protection of property), she complained that in 1997 the Land Register entered the municipality as the sole owner of the property and, as a result, she effectively lost the ownership to the land. According to Ms Žáková, she had been registered as the sole owner of the land without interruption from 1960 until 1997.

The Government maintained that she had lost ownership of the land in a decision of 1971 which had found her guilty of the offence of fleeing Czechoslovakia and that, after that, she had been registered as owner only as a result of a mistake.

In its judgment on the merits of 3 October 2013 the Court found a violation of Article 1 of Protocol No. 1. Today’s judgment concerned the question of just satisfaction (Article 41 of the Convention). Just satisfaction: EUR 43,230