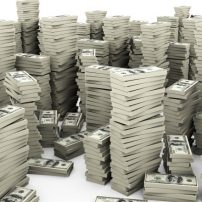 Failure to pay a lawyer who represented the public sector. Violation of property protection

Failute to pay  an attorney’s full remuneration for the legal services he provided by representing the State at the International Court of Arbitration in Paris in 2005.

Infringement of Article 1 of the First Protocol (protection of property) and Article 13 (right to an effective remedy).

Article 1 of the First Protocol

The applicant, Georgi Chorbov, is a Bulgarian national who was born in 1950 and lives in Sofia.

The case concerned his complaint that the Bulgarian Ministry of Agriculture and Forests had failed to pay him his entire fee for legal work after he had represented the Ministry at the International Court of Arbitration in Paris in 2005.

Mr Chorbov had an enforcement writ issued against the Ministry in February 2006 and again requested payment in 2011 and 2013, but the Ministry did not pay. It in turn took Mr Chorbov to court in 2006 for failing to carry out his duties under the legal services contract. Its claims for damages were rejected, but Mr Chorbov was ordered in 2010 to pay a smaller penalty fee.

Mr Chorbov relied on Article 1 of Protocol No. 1 (protection of property) to the European Convention on Human Rights and Article 13 (right to an effective remedy) of the Convention.