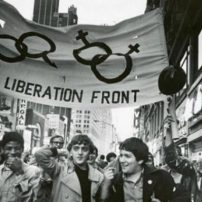 The case concerned a peaceful demonstration in Tbilisi in May 2012 to mark the International Day against Homophobia, which was violently disrupted by counter-demonstrators outnumbering the marchers. The Court considered in particular that the authorities knew or ought to have known of the risks surrounding the demonstration. They had therefore been under an obligation – but had failed – to provide adequate protection so that it could be held peacefully.

The applicants are Identoba, a non-governmental organisation (NGO) set up to promote and protect
the rights of lesbian, gay, bisexual and transgender people in Georgia, and 14 Georgian nationals
who were born between 1959 and 1992 respectively and live in Tbilisi.

Identoba organised a demonstration to take place on 17 May 2012 in Tbilisi to mark the
International Day against Homophobia. On 8 May 2012 the NGO notified the authorities of the
intention to hold a peaceful march and requested that the authorities provide sufficient protection
against possible violence, having regard to hostility towards sexual minorities in some quarters of
Georgian society.

The march was attended by approximately 30 people, including 13 of the individual applicants.
During the event, demonstrators were threatened by counter-demonstrators – members of two
religious groups – who outnumbered them. The counter-demonstrators shouted insults at the
marchers – calling them among other things “perverts” and “sinners” –, blocked their passage and
encircled them. Eventually the counter-demonstrators attacked several of the applicants physically,
leaving at least three of them with injuries – haematoma, a closed head trauma, and contusions –
which had to be treated. According to the applicants, the police remained relatively passive in the
face of the violence. In particular, several police officers at the scene, when asked for help by the
marchers, replied that they were not part of the police patrol and it was not their duty to intervene.
Four of the applicants were arrested and briefly detained and/or driven around in a police car.
According to the Government, these measures were taken to protect them from the counter demonstrators.

Following the events, between May and July 2012, Identoba and 13 of the individual applicants filed several criminal complaints, requesting in particular that criminal investigations be launched into the attacks against them by the counter-demonstrators which had been perpetrated with discriminatory intent, and into the acts and omissions of the police officers who had failed to protect them from those assaults. Two investigations into the injuries sustained by two of the applicants were opened in May and October 2012 respectively, which remain pending. Two of the counter-demonstrators, who had been arrested for a minor breach of public order, were given a fine of the equivalent of 45 euros (EUR) each.

The Court declared inadmissible the complaints by one of the individual applicants, who had failed
to substantiate his claim that he had participated in the march.

Article 3 in conjunction with Article 14

Having regard to various reports on the situation of lesbian, gay, bisexual and transgender people in
Georgia – in particular, by the Commissioner for Human Rights of the Council of Europe –, the Court
observed that negative attitudes against members of the community were widespread in some parts
of Georgian society. Against that background, the discriminatory overtones of the attacks against the
participants of the march in May 2012 were particularly clear. Indeed, during the clashes, the
counter-demonstrators belonging to two religious groups had shouted insulting slogans with a
homophobic connotation. In addition, they had uttered threats – including death threats – against
the marchers and had then proceeded to physically assaulting them.

All 13 individual applicants who had participated in the march had become the target of hate speech
and aggressive behaviour, which was undisputed by the Georgian Government. Surrounded by an
angry mob of people who outnumbered them, uttered serious threats and randomly used physicalviolence, the applicants must have felt fear and insecurity severe enough to reach the threshold to fall within the remit of Article 3 in conjunction with Article 14 of the Convention.

The municipal and police authorities had been informed of the march well in advance and they had
been specifically requested to protect the marchers against foreseeable protests by people with
homophobic views. The authorities thus knew or ought to have known of the risks surrounding that
event, and they had therefore been under an obligation to provide heightened protection. However,
only a limited number of police officers had initially been deployed and they had allowed the tension
to develop into physical violence. Furthermore, instead of focusing on restraining the most
aggressive counter-demonstrators with the aim of allowing the peaceful demonstration to proceed,
the police had taken to arresting and evacuating some of the applicants, thus the very victims whom
they had been called to protect. The Court therefore considered that the authorities had failed to
provide adequate protection to the applicants against the attacks.

As regards the investigation into those events, the Court noted that the applicants had filed criminal
complaints shortly afterwards and had repeatedly submitted requests for an investigation. However,
instead of launching a comprehensive and meaningful inquiry into the circumstances, the authorities
had inexplicably narrowed the scope of the investigation and had opened two separate cases
concerning only the physical injuries inflicted on two of the applicants. Even in those cases no
significant progress had been made for over two years. The only tangible result was the
administrative sanctioning of two other counter-demonstrators who had been given a fine.
However, in view of the level of unwarranted violence and aggression against the applicants, the
Court did not consider that sanction sufficient to discharge the state of its procedural obligation
under Article 3.

The Court observed in particular that Georgian criminal law provided that discrimination on the
grounds of sexual orientation and gender identity should be treated as an aggravating circumstance
in the commission of an offence. Therefore it would have been essential for the authorities to
conduct the investigation in that specific context, which they had failed to do. They had accordingly
failed to conduct a proper investigation into the 13 applicants’ allegations of ill-treatment.
In the light of these considerations, the Court concluded that there had been a violation of Article 3
in conjunction with Article 14.

Article 11 in conjunction with Article 14

The Court considered it appropriate to examine this part of the applicants’ complaints mainly under
Article 11 (freedom of assembly and association) – but in the light of the principles developed under
Article 10 (freedom of expression) – in conjunction with Article 14.

It was undisputed between the parties that the disruption of the peaceful march in May 2012 had
constituted an interference with the applicants’ rights under Article 11. The Court’s findings under
Article 3 in conjunction with Article 14, that the authorities had failed to protect the applicants’
freedom to participate in the march from the bias-motivated violence, was equally pertinent
concerning the complaints under Article 11.

In particular, although given notice nine days prior to the march, the authorities had not used that
period for careful preparation. Given the attitudes in parts of Georgian society towards sexual
minorities, the authorities knew or should have known of the risk of tensions associated with the
march. They had thus been under an obligation to use any means possible to ensure that it could be
held peacefully, for instance by making public statements before the demonstration to advocate a
tolerant, conciliatory stance, or to warn potential offenders of the nature of possible sanctions.
Furthermore, the number of police patrol officers deployed had not been sufficient; it would have
thus been prudent if the authorities, given the likelihood of street clashes, had ensured more police
manpower.

In conclusion, the Court considered that the authorities had failed to ensure that the march to mark
the International Day against Homophobia could be held peacefully by sufficiently containing
homophobic and violent counter-demonstrators. There had accordingly been a violation of Article 11
in conjunction with Article 14.

The Court held that Georgia was to pay to the 13 applicants who had participated in the march
between EUR 2,000 and 4,000 each, and to the NGO Identoba EUR 1,500in respect of non-pecuniary
damage(echrcaselaw.com editing).