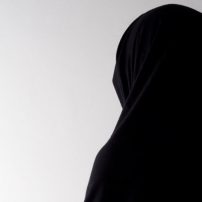 Excluding a woman with a wand from the courtroom.The ECtHR gave justice to the applicant

The case concerned Mrs Lachiri’s exclusion from a courtroom on account of her refusal to remove
her hijab.

The Court found that the exclusion of Mrs Lachiri – an ordinary citizen, not representing the State –
from the courtroom had amounted to a “restriction” on the exercise of her right to manifest her
religion. It also held that the restriction had pursued the legitimate aim of “protecting public order”,
with a view to preventing conduct that was disrespectful towards the judiciary and/or disruptive of
the proper conduct of a hearing. The Court found, however, that Mrs Lachiri’s conduct on entering
the courtroom had not been disrespectful and had not constituted – or been liable to constitute – a
threat to the proper conduct of the hearing. The Court therefore held that the need for the
restriction in question had not been established and that the infringement of Mrs Lachiri’s right to
freedom to manifest her religion was not justified in a democratic society.

Mrs Lachiri, and other members of her family, applied to join the proceedings as civil parties seeking
damages in a crime case in which her brother had been killed. In 2007 the accused was committed to
stand trial before the Criminal Court on charges of premeditated assault and wounding resulting in
unintentional death. Mrs Lachiri and the other civil parties appealed against that decision,
submitting that the offence should be classified as murder and that the accused should be tried by
an Assize Court.

On the day of the hearing before the Indictments Division, in accordance with a decision of the presiding judge the court usher informed Mrs Lachiri that she could not enter the hearing room unless she removed her headscarf. Mrs Lachiri refused to comply and did not attend the hearing. Subsequently Mrs Lachiri unsuccessfully challenged that decision in an appeal on points of law.

Observing that, according to its case-law, wearing the hijab (headscarf covering the hair and neck
while leaving the face uncovered) could be regarded as an act “motivated or inspired by a religion or
religious belief”, the Court considered that excluding Mrs Lachiri from the courtroom on the grounds
that she had refused to remove her headscarf had amounted to a “restriction” on the exercise of her
right to manifest her religion. The purpose of that restriction, which had been based on Article 759
of the Judicial Code requiring persons entering a courtroom to do so without wearing headgear, had
in the present case been to prevent conduct that was disrespectful towards the judiciary and/or
disruptive of the proper conduct of a hearing. The Court concluded that the legitimate aim pursued
had been the “protection of public order”.

With regard to the necessity of the restriction in a democratic society, the Court specified first of all
that the Islamic headscarf was headgear and not, as in the case of S.A.S. v. France a garment which entirely concealed the face with the possible exception of the eyes. It then noted that Mrs Lachiri was a mere citizen: she was not a representative of the State engaged in public service and could not therefore be bound, on account of any official status, by a duty of discretion in the public expression of her religious beliefs. Moreover, the Court indicated that whilst a court could be part of the “public arena”, as opposed to the workplace for example, it was not a public place comparable to a public street or square. A court was indeed a “public” institution in which respect for neutrality towards beliefs could prevail over the free exercise of the right to manifest one’s religion, like public
educational establishments. In the present case, however, the aim pursued in excluding the applicant from the courtroom had not been to maintain the neutrality of the public arena.

The Court therefore limited its examination to determining whether that measure had been justified by the aim of maintaining order. In that connection it noted that Mrs Lachiri’s conduct when entering the courtroom had not been disrespectful and had not constituted – or been liable to constitute – a threat to the proper conduct of the hearing. Consequently, the Court held that the need for the restriction in issue had not been established and that the infringement of Mrs Lachiri’s right to freedom to manifest her religion was not justified in a democratic society. There had therefore been a violation of Article 9 of the Convention.

The Court held (by six votes to one) that Belgium was to pay Mrs Lachiri 1,000 euros (EUR) in respect
of non-pecuniary damage.

Judges Vučinić and Gritco expressed a joint concurring opinion. Judge Mourou-Vikström expressed a
dissenting opinion. These opinions are annexed to the judgment(echrcaselaw.com editing).