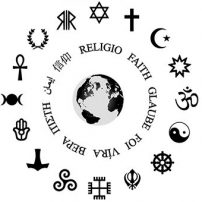 The refusal to register a religious organization contrary to the ECHR

The Orthodox Archbishopric of Ohrid (the Greek Orthodox Archbishopric of Ohrid of the Patriarchate of Peć), a religious organization, filed a complaint before the ECtHR denouncing the refusal of the national authorities to register it. The Court has held that the conduct of the national authorities and their refusal to register the organization constitutes a violation of Article 11 of the Convention, which protects the right of assembly, interpreted in the light of Article 9, which protects religious freedom.

In 2003 the applicant association constituted its own Holy Synod and appointed a former bishop and
member of the Macedonian Orthodox Church, Mr J. Vraniškovski, as its President. Mr Vraniškovski,
who had previously publicly announced that he was prepared for canonical union with the Serbian
Orthodox Church, had been dismissed for violating his oath to safeguard the Macedonian Church’s
unity and Constitution. The Serbian Orthodox Church then appointed him exarch of the Peć
Archbishop and the Patriach of Serbia.

There ensued two sets of proceedings for registration of the applicant association, the first under
the name “Orthodox Ohrid Archdiocese” and the second under the name “Greek-Orthodox Ohrid
Archdiocese of the Peć Patriarchy”. The applicant association specified in these proceedings that it
would operate as an autonomous religious entity under the canonical jurisdiction of the Serbian
Orthodox Church.

Both applications for registration were dismissed, essentially on formal grounds. The authorities also
cited two other grounds, namely: that the applicant association had been set up by a foreign church
or State, making it ineligible for registration; and that its intended names were problematic. In
particular the intended names were too similar to the “Macedonian Orthodox-Ohrid Archdiocese”
which had the “historical, religious, moral and substantive right” to use the name “Ohrid
Archdiocese”. Lastly, the authorities concluded that the applicant association had in reality intended
to become a parallel religious entity to the Macedonian Orthodox Church.

Founding members of the applicant association lodged constitutional appeals in both sets of
proceedings, also without success. In particular, the Constitutional Court found in 2009 that it had
no jurisdiction to decide on the appeal and that it had, in any case, been submitted outside the timelimit.
Similarly, in 2010 it found that it could not examine the appeal on the merits as the appellant
had failed to comply with the formal statutory requirements before the competent courts.

Relying in particular on Article 11 (freedom of assembly and association) read in the light of Article 9
(freedom of thought, conscience, and religion), the applicant association alleged that the refusal to
register it should have been seen in context, in particular the negative campaign in the media
following its creation, including statements by the country’s political and religious leaders, and the
alleged persecution of Mr Vraniškovski. It argued that this had revealed an agenda aimed at
preventing it from exercising its religious rights.

Violation of Article 11 of the Convention, interpreted in the light of Article 9

Just satisfaction: EUR 4,500 for non-pecuniary damage and EUR 5,000 for costs and expenses(echrcaselaw.com editing).