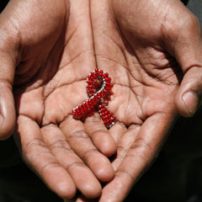 Conditions of detention of six HIV / AIDS applicants, held in the Eleona Thebes women’s prison before or after their irrevocable conviction. Lack of effective remedies by which they could terminate these conditions.

The Court found that the general conditions of detention of the applicants were satisfactory. It also considered that their placement together in the same cell pursued a legitimate aim and did not indicate any intention on the part of the authorities to separate them. Finally, it noted that the authorities had not neglected their duty to provide the applicants with medical assistance according to their health needs.

With regard to the remedies of Greek law concerning detention conditions, the Court  referred to its settled case-law on such matters, in particular as regards Greece. It found that neither the precautionary nor the compensatory remedy under Greek law was effective with regard to their complaint about the applicants’ detention conditions. Finally, the ECtHR found no difference in the treatment of detainees held before and after their irrevocable convictions under Greek law providing for release on health grounds.

Non-violation of Article 3 (prohibition of torture and inhuman or degrading treatment) independently and in conjunction with Article 14 (prohibition of discrimination) of the ECHR.

Infringement of Article 13 (right to an effective remedy) in conjunction with Article 3. Award of 2,000 euros  in respect of non-pecuniary damage for each applicant.

The applicants are three Greek nationals, a Russian national, a Tanzanian national and a Rwandan
national. They were born between 1966 and 1988.

They were held at different times in Thebes prison, between 2012 and 2015, before or after a final
conviction.

In October 2013 they wrote to the prosecutor supervising the prison alleging a violation of their
rights under various Convention Articles on account of the conditions of their detention as HIV/AIDS
sufferers. They complained about a lack of appropriate medical and pharmaceutical care, insufficient
doctors and individual medical support, and of their stigmatisation as a result of being placed
together in the same collective cell. They also complained about the general conditions of their
detention resulting from problems with heating, the supply of hot water and running water, the food and the duration of outdoor exercise. Those applicants who were imprisoned prior to final
conviction alleged that they were treated differently because they could not apply for release on
health grounds, under the Criminal Code (Article 110A), unlike HIV/AIDS sufferers who were serving
a final sentence.

Article 3 (prohibition of torture and inhuman or degrading treatment) and Article 14
(prohibition of discrimination): complaints about conditions of detention

General conditions of detention: The Court noted that the applicants had had sufficient personal
space and that following their letter to the public prosecutor they had been provided with a water
heater and an electric heater to compensate for the limited central heating. They had been able to
go outside to exercise for two hours in the morning and two hours in the afternoon. Unlike the
mainstream female prisoners, they had been given better and higher-quality meals, bleach to
disinfect their room and free hygiene products for those who could not afford them. Their general
conditions of detention had therefore been satisfactory.

The alleged “ghettoisation and stigmatisation”: The fact that the applicants had been placed
together had not in itself demonstrated any intention on the part of the prison administration to
segregate them. Their placement in the same collective cell – in a wing which also housed
mainstream inmates – had stemmed from considerations of efficiency in handling the group and in
prison management. Since two of the applicants were HIV positive and the others had AIDS,
dispersing them in different cells would have had the effect of increasing the feeling of anxiety
among other inmates, as was understandable in a closed place like a prison. In addition, the applicants were able to exercise outdoors at the same times as the other prisoners in the prison yard
and shared the prison freezer with them, despite the protests that this arrangement had triggered.
The Court therefore considered that the grouping together of the applicants pursued a legitimate
aim and was reasonably proportionate to the aim pursued.

Medical care: The Government had produced a voluminous file relating to the applicants’ condition,
containing a large number of medical reports, results of medical examinations and prescriptions,
from the time of their imprisonment. Furthermore, the applicants had merely claimed that, because
of their illness, prison was not the appropriate place for them to be and that they should either be
transferred to a hospital or be released under Article 110A of the Criminal Code. The Court took the
view that neither the life nor even the health of the applicants had ever been endangered
throughout the period of their detention in Thebes prison and that the authorities had not failed in
their duty to provide them with medical assistance in accordance with their health-related needs.
Consequently, there had been no violation of Article 3 taken separately or in conjunction with
Article 14 of the Convention in respect of the applicants’ conditions of detention.

The Court explained that its Ulemek v. Croatia2 case-law concerning conditions of detention required
that preventive remedies (to be granted relief and the prompt discontinuance of the violation of the
right not to suffer inhuman or degrading treatment) and compensatory remedies (to obtain redress
for the violation) had to be available in parallel, these remedies being complementary.

The Court pointed out that in a number of cases concerning conditions in Greek prisons it had
observed that the remedies in domestic law, in particular under Article 572 of the Code of Criminal
Procedure, were of no use. In the present case it found that neither the preventive remedy nor the
compensatory remedy under Greek law had been effective, within the meaning of the Ulemek caselaw.
Consequently, there had been a violation of Article 13 of the Convention.

Article 14 (prohibition of discrimination) in conjunction with Article 3: complaint that
prisoners held prior to final conviction were treated differently from those serving a
sentence

The Court noted that the Greek legal system provided for different treatment of people with
HIV/AIDS in the criminal system, distinguishing between a number of situations. In the present case
Article 110A of the Criminal Code had been applied to three of the applicants after conviction who
had already been diagnosed with AIDS. In addition, two other applicants who were serving a
sentence but were only HIV positive at the relevant time had also been released, one on the basis of
Article 105 of the Criminal Code and the other under section 19 of Law no. 4242/14 concerning
carriers of AIDS. With regard to these five applicants, the Court therefore found no difference in
treatment in breach of Article 14.

A final applicant, who was HIV positive and imprisoned prior to final conviction for approximately
one year, had been released after being sentenced to a suspended prison term by the Court of
Appeal. This applicant, as an inmate not yet finally convicted, could have invoked her state of health
at the time and requested, depending on the severity of her condition, a suspension of her
detention, on the basis of Article 282 of the Code of Criminal Procedure and the relevant case-law of
the Greek courts. However, she had not made such an application.

Consequently, this part of the application was manifestly ill-founded.

The Court held that Greece was to pay each applicant 2,000 euros (EUR) in respect of non-pecuniary
damage