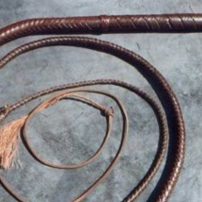 Whipping as a form of punishment is abolished in Saudi Arabia!

Saudi Arabia is a country with many peculiarities in human rights and freedoms. The country’s tradition, conservatism and religiosity have created a legal framework that is considered completely foreign to the European model and that of the civilized states of the West, mainly inspired by a rule of law based on common and accepted individual rights and freedoms.

One of the peculiarities of the legal framework of this country was a kind of punishment imposed by the national courts. The punishment of whipping was common, with a long history of jurisprudence.

Recently, however, it was abolished. The country’s State Commission on Human Rights officially announced on Saturday, April 25, 2020, the abolition of whippimg as a punishment. It described the change as a “significant step forward” in the reform program launched by the King of Saudi Arabia and his powerful son the Prince. It is a fact that Crown Prince Mohammed bin Salman has launched a legal reform program, but it has met strong reactions from the traditional establishment.

Until recently, domestic courts had the power to order the whipping of convicted defendants for crimes such as extramarital sex, manslaughter, etc. Judges now have several different options for sentences, such as imprisonment, fines, and social work.

The most well-known case of whippimg in the Western world in recent years has been that of Saudi blogger Raif Badawi, who was sentenced in 2014 to a thousand whippimgs on charges of insulting Islam. The following year, the European Parliament awarded him the Sakharov Prize of Human Rights.

The situation of individual rights and freedoms is not good in Saudi Arabia. An international scandal erupted recently with the news of the death due to a stroke of top activist Abullah al-Hamid, who was sentenced to 11 years in prison in 2013 on several counts against the country’s leadership system and was in prison. The deceased was a founding member of the Saudi Arabian Political and Civil Rights Union (ACPRA).

The abolition of such brutal and anachronistic punishment, which constitutes corporal punishment and in European legal culture is an inhuman and degrading punishment (Article 3 of the ECHR), is a significant progressive development in a country that has a strong commitment to tradition, and does not facilitate the abandonment of anachronistic and inhuman practices.

It is true that something has started to change in Saudi Arabia. The King has embarked on ambitious legal, economic and social reforms. A typical example is that he allowed the women of the country to drive, to have entertainment events, to watch movies and more. It’s a start. But much remains to be done.

The obvious for us Europeans are obstacles for others, which may take years or even centuries to taken down.