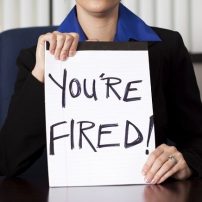 The applicants, Saverio Cosimo Mazzeo, Cosimo Damiano Mazzeo and Elmerindo Mazzeo, are Italian nationals who were born in 1957, 1961 and 1961 respectively and live in Ceppaloni, Arpaise and Parma (Italy). The case concerned the non-execution of a judicial decision in their favour.

On 15 July 1981 the president of the Campania Region decided to close the nursery school in which the applicants’ mother (Ms Scocca) taught and to have the staff on indefinite contracts re-employed by the municipality of Ceppaloni within 60 days starting from 30 July 1981. On expiry of that deadline, the individuals concerned would be remunerated on the basis of the national collective agreement on the service of local-government employees. On 27 June 1988, by decision no. 364, the municipality reemployed the staff members in question, including Ms Scocca, on the basis of indefinite contracts starting on that date. Ms Scocca received a higher salary than she had been paid between 1981 and 1988.

On 25 June 1990 the municipality made Ms Scocca redundant; she brought proceedings before the Naples Administrative Tribunal (TAR) in order to have her redundancy set aside. She also claimed the payment of sums in back pay, corresponding to the difference between the remuneration paid between 1981 and 1988 and the salary paid from the date of her re-employment (27 June 1988). The TAR dismissed her appeal and Ms Scocca lodged an appeal on points of law, but she died while it was pending. The three applicants pursued the proceedings before the Consiglio di Stato as her heirs.

On 27 June 2006 the Consiglio di Stato allowed Ms Scocca’s appeal, ordering the municipality to pay her a difference in salary amounting to 222,931.69 euros (EUR). However, it dismissed Ms Scocca’s appeal in so far as it concerned the legitimacy of her dismissal.

On 30 January 2008, as the municipality had not complied with the order, the applicants brought enforcement proceedings before the Consiglio di Stato. On 20 November 2008, during the employment proceedings, the municipality set aside, of its own motion, its decision no. 364, replacing it by decision no. 284, which indicated that Ms Scocca ought to have been reemployed on a temporary rather than an indefinite contract. On the following day it requested that the applicants’ application for enforcement be set aside. The Consiglio di Stato granted the municipality’s request and dismissed the application for enforcement on the grounds that the legal basis for the claim had been automatically quashed. On 22 January 2009 the applicants unsuccessfully applied to have decision no. 284 set aside. Their appeal before the Consiglio di Stato is currently pending.

Relying on Article 6 § 1 (right to a fair hearing within a reasonable time) and Article 1 of Protocol No. 1 to the Convention (protection of property), the applicants complained of a violation of the principle of legal certainty and of the right of access to a court, and about the failure to execute the Consiglio di Stato’s judgment of 27 June 2006.

Just satisfaction: EUR 245,000 for pecuniary and non-pecuniary damage and EUR 2,500 for costs and expenses