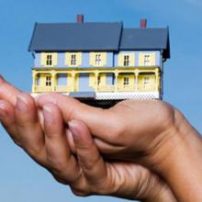 Impossibility to evict residents of a 18-room house due to annual rent of 466! Infringement of property rights.

Rent. Long-term lease of an 18-room from a old-age couple with an annual rent of 466 euros, which continued with the tenant’s daughter. Owners are unable to pay the tenants and have to rent another house to stay. Infringement of Article 1 of the First Protocol (protection of property) and Article 14 (prohibition of discrimination) because they have suffered an excessive individual burden.

The applicants, Albert Cassar and Mariella Cassar, are two Maltese nationals who were born in 1945 and 1951 respectively and live in Sliema (Malta).

The case concerned their complaint about not being able to live in a house they owned because there was a tenant there whom the law did not allow them to evict and that the amount of controlled rent they received was too low.

The Cassars bought the property in 1988, when it was already under the controlled rent laws. It has 14 rooms and four double bedrooms and was inhabited at the time of purchase by an elderly couple under a lease. The applicants expected to move in after the couple’s death, but in 2003 the couple’s daughter, by then in her late 60s, took up the tenancy and has lived in the house since, paying 466 euros a year in rent. The applicants took rented accommodation elsewhere. They argued that a realistic rental value for their property would be several thousand euros a month. Their complaints about the tenancy of their house and the level of rent were rejected in domestic proceedings.

Violation of Article 14 in conjunction with Article 1 of Protocol No. 1