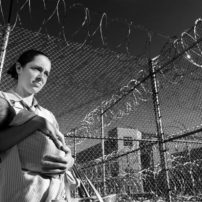 Favorable treatment of detained mothers of underage children in relation to the fathers in prison. Right to suspend the punishment of mothers until their child becomes one year old, as opposed to fathers with newly born children. No violation of the prohibition of discrimination and the right to family life because of the proportionality of the measure. Violation for degrading treatment of detention conditions, because there was overpopulation in prisons, humidity in cells and lack of hygiene and bad lighting.

The applicant, Alexandru Enache, is a Romanian national who was born in 1973 and lives in Bucharest (Romania).

In December 2011, having been sentenced to seven years’ imprisonment for embezzlement, Mr Enache was committed to prison. He lodged an application for a stay of execution of his sentence grounded on Article 453 § 1 of the former Code of Criminal Procedure (CPP). The article in question (whose provisions were subsequently incorporated into Article 589 § 1 of the new Code of Criminal Procedure) permitted mothers sentenced to prison to apply for stay of execution of sentence until their child had reached the age of one. The application lodged by Mr Enache, whose child was a few months old, was dismissed on the grounds that the provision in question had to be interpreted restrictively and that he could not request its application by analogy.

Furthermore, between December 2011 and September 2013, Mr Enache was held in police custody in Bucharest and in the Bucarest-Rahova, Mărgineni and Giurgiu Prisons, where he complained of his conditions of detention. He complained in particular about prison overcrowding, damp cells and the lack of hygiene and daylight.

Was Mr Enache’s situation comparable to that of a female prisoner with a child under the age of one?

The Court noted that Romanian law provided for two categories of prisoners with children under the age of one to be treated differently: women, who could apply for a stay of execution of sentence, and men, who were not entitled to such a measure. In that regard, the Court pointed out that it had already held, in a work-related context, that men were in a similar situation to women as regards parental leave and parental leave allowance (see Petrovic v. Austria, and Konstantin Markin v. Russia). In these two cases the Court had found that men and women were in comparable situations as regards taking care of the child during the period covered by parental leave.

The present case was different from those concerning parental leave owing to its criminal nature and the margin of appreciation enjoyed by the State in implementing its criminal-law policies: the fact that a stay of execution of a prison sentence is a criminal-law matter makes it fundamentally different from parental leave, which comes under labour law. However, as regards whether, during the first year of a child’s life, an imprisoned father is in a similar situation to that of an imprisoned mother, the Court considered that the criteria which it had set out in the cases of Petrovic and Konstantin Markin were applicable to the instant case. Indeed, a stay of execution of a prison sentence has the primary aim of safeguarding the best interests of the child, ensuring that it receives the appropriate attention and care during the first year of its life. However, even though there may be differences in their relationship with their child, both the mother and the father can provide such attention and care. Moreover, the Court observed that entitlement to a stay of execution continued until the child’s first birthday, and therefore extended beyond the period following the mother’s pregnancy and the birth itself. The Court therefore considered that Mr Enache could claim to be in a situation comparable to that of a female prisoner.

Was the difference in treatment objectively justified?

The Court observed that differential treatment was discriminatory unless it was objectively and reasonably justified, that is to say unless it pursued a legitimate aim and displayed a reasonable relation of proportionality between the means used and the aim pursued.

The Romanian Government explained that the legitimate aim pursued by Romanian legislation in reserving exclusively to female prisoners the right to a stay of execution of sentence until their child’s first birthday was to protect the best interests of the child. They also referred to the special bonds between mother and child in the first few months after birth.

The Court considered that several factors had to be taken into consideration in the present case: First of all, giving female prisoners the benefit of a stay of execution of sentence was not automatic.
When dealing with similar requests from female prisoners, the domestic courts had carried out detailed assessments of those requests, dismissing them where the applicant’s personal situation did not justify a stay of execution.

Secondly, the Romanian legislation in force at the material time provided all prisoners, regardless of sex, with other channels for requesting a stay of sentence. The courts could, in particular, consider whether any special circumstances of the execution of the sentence were liable to have negative physical consequences for the prisoner and also for his family or employer. Moreover, Mr Enache had availed himself of that legal possibility, but the domestic courts had ruled that the difficulties which he mentioned did not fall within the category of special circumstances listed in

Thirdly and lastly, the Court had regard to the Government’s claims that the aim of the legal provisions in question had been to take into account specific personal situations – including the female prisoners who were pregnant and the first year of the child’s life – with particular regard to the special bonds between mother and child during that period. The Court held that that aim could be considered legitimate within the meaning of Article 14 of the Convention and that the arguments put forward by the Government could not be deemed manifestly ill-founded or unreasonable. It was prepared to consider that in the specific field covered by the present case, those considerations  could amount to a sufficient basis to justify the difference in treatment applied to Mr Enache.
Indeed, motherhood presented specific characteristics which should be taken into account, in particular, by means of protective measures. Article 4 § 2 of the UN Convention on the Elimination of All Forms of Discrimination against Women expressly provides that the adoption by States Parties of special measures aimed at protecting maternity should not be considered discriminatory. That also applies to women who have been sentenced to imprisonment.

Consequently, the Court considered that in view of the wide margin of appreciation afforded to the respondent State in this sphere there was a reasonable relation of proportionality between the means used and the legitimate aim pursued. Therefore, the impugned exclusion had not amounted to discrimination as prohibited under Article 14 read in conjunction with Article 8 of the Convention. Accordingly, there had been no breach.

The Court considered that Mr Enache’s conditions of detention had subjected him to an ordeal of an intensity exceeding the unavoidable level of suffering inherent in detention. It therefore found a violation of Article 3 of the Convention.

The Court held that Romania was to pay Mr Enache 4,500 euros (EUR) in respect of non-pecuniary damage.