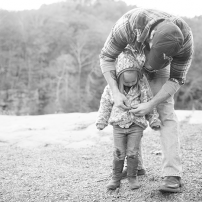 During divorce proceedings, national law does not grant the right to the parent who is not diligent to communicate with his child. The national courts, although they found the problem, not only did not find a solution to the issue of communication, but delayed the divorce process for 4 years, and as a result the father – petitioner could not see his child for almost 3.5 years. The ECtHR found that the applicant’s family life had been violated due to the inadequate quality of domestic law and the length of the divorce period, since the respondent State failed to fulfill its positive obligations under Article 8.

The applicant, Cristian Cătălin Ungureanu, is a Romanian national who was born in 1972 and lives in Ploiești (Romania).

The case concerned the domestic courts’ refusal to decide on rights for the applicant to visit his son during divorce proceedings.

The courts refused him custody and stated that the law did not allow for access rights to be decided during divorce proceedings. The final decision came in May 2013.
The divorce proceedings ended in November 2016, leading to an order that the child should live with his mother and giving Mr Ungureanu a schedule of visiting rights. The child moved back in with the applicant in February 2018 after the mother decided to move town.

Relying in particular on Article 8 (right to respect for private and family life) of the European Convention, Mr Ungureanu complained in particular about not being able to obtain a decision on visiting rights during the divorce proceedings.

While the domestic courts had not always rejected as inadmissible requests for visiting rights made during divorce proceedings, nothing in the law itself allowed the applicant to expect a different outcome. In fact, the provision of the law in question, by its very nature, removed the factual circumstances of the case from the scope of the domestic courts’ examination. It had been a prevalent factor in the domestic courts’ decisions. The remaining argument, namely that the applicant had not been prevented from seeing his child, could not be construed as constituting an effective examination of the child’s best interests but had rather been a mere observation of the situation at that particular moment. Moreover, the domestic courts had not examined the precariousness of the situation, nor had they responded to the applicant’s request for a more structured visiting plan. They had, as such, left the exercise of a right which was fundamental to both the applicant and his child to the discretion of the applicant’s spouse with whom he had had (at the time) a conflict of interest.

In addition, the divorce proceedings had lasted for more than four years, affecting the applicant and his child for about three years and five months. While the underlying problem lay with an insufficient quality of the domestic law, the lengthiness of that period of time led the Court to conclude that the respondent State had failed to discharge its positive obligations under article 8 (see M and M. v. Croatia, 10161/13, 3 September 2015, Information Note 188).