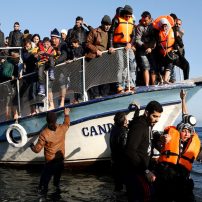 Expulsion of aliens. When it is contrary to the ECHR

The Court found in particular that the national authorities had failed to examine the nature and
seriousness of the criminal convictions in question, as well as all the other criteria established by the
case-law of the Court, in order to assess the necessity of the expulsion and exclusion orders. It found
that the authorities had failed to balance all the competing interests in order to ascertain, in
compliance with the criteria laid down in its case-law, whether the impugned measures had been
proportionate to the legitimate aims pursued and therefore necessary in a democratic society

The applicants, Aziz Saber and Hamza Boughassal, are Moroccan nationals who were born in
Morocco in 1985 and 1987 respectively.

In June 2008 in respect of Aziz Saber, and on an unspecified date in respect of Hamza Boughassal,
the former was given a suspended sentence of one year’s imprisonment and the latter was
sentenced to three years and one day’s imprisonment for drug trafficking. The Directorate General
of Police and the Guardia Civil instigated expulsion proceedings on account of these criminal
convictions.

On 11 November 2010 and 1 August 2011 the sub-delegations of the central government ordered
the applicants’ expulsions, combined with a four-year ban on entering the country for Aziz Saber and
a ten-year ban for Hamza Boughassal.

The applicants challenged their expulsions.

On 22 June 2011 the administrative court dismissed Aziz Saber’s appeal and upheld the expulsion
order. On 9 July 2012 the administrative court granted Hamza Boughassal’s appeal in part and
reduced the ban on entering the territory to three years. In October 2012 and May 2013 the High
Court of Catalonia dismissed further appeals lodged by the applicants. The court noted that the
expulsion orders issued against them in application of section 57 § 2 of the Law on Rights and
Freedoms of Aliens did not represent a sanction, but were the legal consequence of the custodial
sentence imposed by the criminal court. It also followed that section 57 § 5 of the same law was not applicable and that it was not necessary to examine the applicants’ ties to Spain. The High Court
added that Aziz Saber’s residence permit was not relevant in this situation, given that the expulsion
automatically resulted in the cancellation of any right of residence. Lastly, the court considered that
his criminal conviction demonstrated that he had not respected the rules on living together in
society and that he consequently could not be considered as having roots in Spain.

The applicants each lodged an amparo appeal before the Constitutional Court. That court declared
the appeals inadmissible on the grounds that the applicants had not honoured the obligation to
demonstrate that their appeals were of particular constitutional importance.

The Court observed that Aziz Saber had been a bachelor at the time of the impugned order and that
his relations with his mother, brother and sisters in Spain did not qualify as “family life” within the
meaning of Article 8 of the Convention. Hamza Boughassal had married a Moroccan national, who
had entered Spain in the framework of family reunion, which enabled the Court to find that “family
life” existed in his case. Both of them had obtained temporary residence permits pending receipt of
a long-term residence permit. In view of the length of their stay in Spain and given their relations
with their close family, the Court considered therefore that the impugned measures covered by the
present applications amounted to an interference with their right to respect for their “private lives”.

The Court could not accept the argument that the exercise of balancing, on the one hand, the right
to respect for private and family life, and on the other, respect for public order, had already been
conducted by the legislature when enacting section 57 § 2 of the Law on Rights and Freedoms of
Aliens, which provides for the expulsion of foreign nationals who have been convicted of a
deliberate offence punishable by more than one year’s imprisonment. The Court pointed out that
the nature and seriousness of the offence committed by the foreign national was only one of the
criteria to be balanced by the national authorities when assessing the necessity of an expulsion
order, having regard to the rights secured under Article 8. In the present case, the national
authorities had balanced the competing interests solely in the light of the duration of the exclusion
order issued against the two applicants (four and three years respectively). The Higher Court of
Justice of Catalonia had explicitly refused to examine the proportionality of the impugned measures, arguing that section 57 § 5 (b) of the Law on Rights and Freedoms of Aliens, which laid down an
obligation to balance the different personal and family circumstances in ordering the expulsion of
long-term residents, was not applicable to the applicants’ situation. The Higher Court held that Aziz
Saber’s conviction highlighted the fact that he could not be considered as having roots in Spain,
since he did not comply with the rules on living together in the host society.

Similarly, the national authorities had failed to examine the nature and seriousness of the criminal
convictions in question, as well as all the other criteria established by the case-law of the Court, in
order to assess the necessity of the expulsion and exclusions orders. Thus, the Higher Court had not
taken into consideration the length of the applicants’ residence in Spain, Hamza Boughassal’s family
situation or the solidity of the applicants’ social, cultural and family ties to their host country, Spain,
and the country of destination, Morocco.

The Court found that the authorities had failed to balance all the competing interests in order to
ascertain, in compliance with the criteria laid down in its case-law, whether the impugned measures
had been proportionate to the legitimate aims pursued, and therefore been necessary in a
democratic society.

The applicants had not lodged any claims in respect of pecuniary or non-pecuniary damage. They
requested the setting aside of their expulsion orders and the issue of a new Spanish residence
permit.

The Court pointed out that the respondent State was at liberty, under the supervision of the
Committee of Ministers of the Council of Europe, to choose the means of fulfilling its obligation to
comply with the Court judgment, provided those means were compatible with the findings of the
judgment(echrcaselaw.com editing).