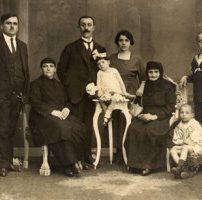 Deportation of an immigrant living with his parents and a ban on entering the country for 10 years, due to a large number of his convicts. Non-violation of family life

Deportation of an immigrant living with his parents. Right to family life. Non-infringement.

It is the right of every state to control its borders and pursue immigration policy. The applicant is a Moroccan national who lived since his birth with his paternal family in Rotterdam, the Netherlands. He was banned from entering the country because he had been convicted of minor offenses, including theft, possession of a firearm and possession of a firearm, while he was a minor.

The Court  noted that very strong reasons are needed to justify the deportation of settled immigrants living with their families, and that the contracting states must strike a fair balance between the rights of the individual protected by the Convention on the one hand and its common interests on the other.

However, in the present case, the ECtHR found that the applicant was dangerous to public order and safety, and that entry bans were not so unfavorable to him as he had ties to Morocco, knew the language and had a home to live in. It therefore considered that the national authorities had achieved a fair balance by deporting and banning his entry.

No violation of his family life was found (Article 8 of the ECHR).

The applicant, Khalid Azerkane, is a Moroccan national who was born in 1993 and lives in Rotterdam
(the Netherlands). He has lived all his life in the Netherlands, where he also attended school. His
parents and siblings either hold Dutch nationality or have a right of residence.

The case concerned his complaint about decisions revoking his residence permit in the Netherlands
and imposing an entry ban on him.

In October 2013 the Deputy Minister of Security and Justice revoked the applicant’s residence
permit, imposed a ten-year entry ban, and informed him that he was required to leave the country
immediately, finding him to be a threat to public order and security on account of a series of
convictions.

The convictions included assault, theft and domestic violence while the applicant was still a minor
and armed robbery after he had turned 18 for which he was still serving a three year sentence. In
the decision, and another rejecting the applicant’s objection, the Deputy Minister accepted that he
enjoyed a degree of family life with his parents in the Netherlands, but considered that he also had
ties to Morocco, where his parents had originally come from, that he had visited the country, had
family living there and would not be incapable of managing by himself, despite claims that he had a
minor intellectual disability.

The applicant challenged the Minister’s decisions in the domestic courts, without success. The final
ruling was handed down in July 2015.

He was subsequently convicted of further offences, notably involving the unlawful possession of
firearms, in May 2016, then in March and July 2018.

Between 2014 and 2018 the Dutch authorities unsuccessfully attempted to obtain a travel document
for the applicant from the Moroccan consulate in Rotterdam, but, according to the most recent
information available, no such document has been issued.

Relying on Article 8 (right to respect for private and family life), Mr Azerkane complained about the
decisions to revoke his residence permit and to impose an entry ban on him, submitting that he was
reliant on his parents, who lived in the Netherlands, and that his ties with Morocco were almost
non-existent.

The Court reaffirms at the outset that a State is entitled, as a matter of international law and subject to its treaty obligations, to control the entry of aliens into its territory and their residence there. To that end they have the power to deport aliens convicted of criminal offences. The Convention does not guarantee the right of an alien to enter or to reside in a particular country and, in pursuance of their task of maintaining public order, Contracting States have the power to expel an alien convicted of criminal offences. However, an interference with a person’s private or family life will be in breach of Article 8 of the Convention unless it can be justified under paragraph 2 of that Article as being “in accordance with the law”, as pursuing one or more of the legitimate aims listed therein, and as being “necessary in a democratic society”, that is to say, justified by a pressing social need and, in particular, proportionate to the legitimate aim pursued

The Court notes that it is not in dispute between the parties that the decisions to revoke the applicant’s residence permit and to impose an entry ban on him interfered with his right to respect for his private life .

In its case-law in immigration cases, the Court has laid down as a general rule that relationships between adult relatives do not necessarily attract the protection of Article 8 without further elements of dependency involving more than the normal emotional ties. The Court is therefore satisfied that the applicant’s relationship with his parents constituted family life within the meaning of Article 8 of the Convention.

The parties did not dispute that the revocation of the applicant’s residence permit and the imposition of an entry ban had been in accordance with the law.

“Necessary in a democratic society”

In a case like the present one, where the person who is to be expelled and barred from re-entry for a certain duration has not yet founded a family of his own, the relevant criteria are:

– the nature and seriousness of the offences committed by the applicant;

– the time elapsed since the offence was committed and the applicant’s conduct during that period;

– the length of the applicant’s stay in the country from which he or she is to be expelled;

– the solidity of social, cultural and family ties with the host country and with the country of destination; and

– the duration of the exclusion order

Moreover, for a settled migrant who has lawfully spent all or the major part of his or her childhood and youth in the host country, very serious reasons are required to justify expulsion

Lastly, the Court has also consistently held that the Contracting States have a certain margin of appreciation in assessing the need for an interference, but that it goes hand in hand with European supervision. The Court’s task consists in ascertaining whether the impugned measures struck a fair balance between the relevant interests, namely the individual’s rights protected by the Convention on the one hand and the community’s interests on the other Application of these principles to the present case

The Court therefore cannot but agree with the domestic authorities that the applicant’s behaviour constituted a threat to public order and security.

The Court accepts that the applicant’s ties with Morocco are limited. Nevertheless, and although the Court would not wish to underestimate the practical difficulties which settling in Morocco would entail for him, no evidence has been adduced which would indicate that it would be either impossible or exceptionally difficult for him to do so. In particular, no evidence has been provided to substantiate the claim that the applicant would not be able to fend for himself owing to his mild intellectual disability. In this respect it is observed that the applicant appears to have performed well at school before he dropped out, and that he also worked in a call centre for some time). It is also noted that the applicant was brought up by Moroccan-born parents, that he speaks some Berber – the language of a sizeable proportion of the population of Morocco  – and that accommodation is available for him there, even if this is in need of some repair in addition, he did not advance any substantiated arguments which would call into question the possibility for his family to visit him in Morocco and to stay in contact via telephone and the Internet.

The Court appreciates that the entry ban imposed on the applicant has even more far-reaching consequences than the withdrawal of his permanent residence permit, as it renders even short visits to the Netherlands impossible for as long as the order is in place. 1

As previously stated, very strong reasons are required to justify the deportation of settled migrants. Indeed, the Court has no doubt that the impugned measures will have a very serious impact on the applicant’s family and private life, given his length of residence in the Netherlands and his limited ties to his country of origin. Nevertheless, having regard in particular to the persistent and serious nature of the applicant’s offending, the Court considers that a fair balance was struck by the national authorities in this case in that the applicant’s expulsion and exclusion from the Netherlands was proportionate to the aims pursued and therefore necessary in a democratic society.

Accordingly, the Court finds that the applicant’s expulsion and the implementation of the entry ban would not be in violation of Article 8 of the Convention.