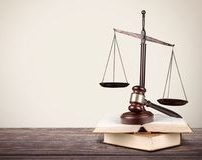 The applicant, Ms M.S., is a Croatian national who was born in 1962 and lives in L. The case concerned her involuntary confinement in a psychiatric hospital for one month.
On 29 October 2012 Ms M.S. went to see her family doctor complaining of severe lower-back pain.

The doctor sent her to the emergency health service, where she was examined by a psychiatrist, who diagnosed her, in particular, with acute psychotic disorder, and prescribed hospitalisation. She was immediately, and against her will, admitted to a psychiatric clinic, where she was tied to a bed in an isolation room for one night. After a county court judge had authorised her involuntary retention, which was subsequently extended by the court, M.S. remained in the clinic – her appeal against that decision being dismissed – until being discharged on 29 November 2012.

Relying on Article 3 (prohibition of inhuman or degrading treatment) of the European Convention on Human Rights, Ms M.S. complained that she had been ill-treated during her confinement in the psychiatric hospital, and that there had been no effective investigation in that respect. Further relying, in substance, on Article 5 § 1 (e) (right to liberty and security), she complained of having been unlawfully and unjustifiably detained in the hospital, and that the relevant court decision had not been accompanied by adequate procedural safeguards.