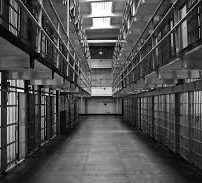 The case concerned detention conditions in various correctional facilities in Bulgaria, and the effectiveness of the remedies by which prisoners were able to seek redress for those conditions.
The Court found in particular that the conditions in which four of the applicants were detained had amounted to inhuman and degrading treatment, notably on account of overcrowding and lack of privacy and personal dignity when going to the toilet.

The applicants’ cases, as well as many other similar cases – the Court having already decided more than 20 cases leading to 25 violations of the Convention and there being approximately 40 more applications concerning detention conditions in Bulgaria currently pending before the Court – highlight a systemic problem within the Bulgarian prison system, justifying a pilot-judgment2 procedure because of the serious and persistent nature of the problems identified.

The Court further held that there was a structural problem in Bulgarian law concerning the remedies for those prisoners who wished to challenge their detention conditions. There existed a compensatory remedy that sometimes operated well, but, when examining claims concerning conditions of detention, the Bulgarian courts more often than not did not take into account the general prohibition against inhuman and degrading treatment under the Convention, but only the relevant statutory or regulatory provisions. There was, moreover, no effective preventive remedy.
The Court therefore held that changes to national law and practice were required to create effective preventive and compensatory remedies and that this should be done within 18 months of the date of this judgment becoming final.

The ECtHR ruling on prison conditions. Overcrowding, lack of privacy and lack of personal dignity in the use of toilet in prisons are grounds for conviction of a country for its prisons.

Mr Neshkov is currently detained in Belene Prison. He complained of the conditions of his detention in Varna Prison from 2002 to 2005 and in Stara Zagora Prison on a number of occasions between 2002 and 2008 when transferred there for short periods of time to attend court hearings on his case.

Mr Tsekov and Mr Zlatev both complained of the conditions of detention in Burgas Prison, where Mr Zlatev has been detained since September 2002 and where Mr Tsekov was held between January 2012 and February 2014. Mr Tsekov is currently detained in Stroitel, an open-type prison hostel attached to Burgas Prison.

Mr Yordanov complained of the conditions of his detention in four correctional facilities in which he has successively been kept, namely in Sofia Prison between August and October 2007, in Pleven Prison between 2007 and 2010, in Lovech Prison, where he was transferred in July 2010, and in Atlant Prison Hostel, a closed-type prison in Troyan attached to Lovech Prison, where he was transferred in January 2012 and is currently still detained.

Mr Simeonov was detained in Burgas Prison until 15 July 2014, when he was released, and his current whereabouts are unknown.

The complaints notably concern severe overcrowding, poor hygiene and lack of access to toilets (meaning the applicants had to go to the toilet in a bucket in the presence of other inmates) in all the facilities where the applicants are or have been held.

When the case was communicated to the Bulgarian Government by the Court in March 2014, the parties were invited to express their views on whether the case revealed a systemic problem in Bulgarian detention facilities and would be suitable for the Court’s pilot-judgment procedure.

There are approximately 40 applications against Bulgaria concerning detention conditions which are currently awaiting first examination.

The Court considered reports by the Committee for the Prevention of Torture (“CPT”) which highlighted that detention conditions in Varna Prison in 2010 were marked by severe overcrowding, with space per prisoner being at best two square metres, and that there was nothing to suggest that those conditions had been any different to those experienced by Mr Neshkov between June 2002 and June 2005 when the overall number of prisoners in Bulgaria was about the same. Furthermore, the lack of access to toilet facilities, forcing detainees to relieve themselves in a bucket in their cell in the presence of other inmates, was a practice which both the Court and the CPT has previously criticised. The Court therefore held that there had been a violation of Article 3 in respect of Mr Neshkov’s detention at Varna Prison.

Mr Neshkov’s subsequent detention in Stara Zagora Prison, albeit for short periods, was also marked by lack of access to a toilet in his cell, as established by the Vratsa Administrative Court in November 2011. The fact that a period of detention was extremely short did not preclude a finding of a violation of Article 3 of the Convention if the conditions of detention were sufficiently serious enough to undermine human dignity. There had therefore also been a violation of Article 3 in respect of Mr Neshkov’s detention in Stara Zagora Prison.
In respect of Mr Yordanov, the Court considered that the conditions that he has experienced in four correctional facilities between August 2007 and the present day were equally marked by overcrowding and a lack of toilet facilities. In assessing the conditions in each of the four correctional facilities in which Mr Yordanov has been held as a whole, the Court held that there had been a violation of Article 3.

In respect of Mr Tsekov and Mr Zlatev, the Court considered that their detention at Burgas Prison, and subsequent periods of detention at prison hostels attached to that facility, has been spent in conditions of extreme overcrowding and poor hygiene, with serious problems regarding the provision of health care to inmates. Accordingly, the Court held that Mr Tsekov and Mr Zlatev had been detained in conditions giving rise to a serious breach of Article 3 of the Convention.

The Court reiterated that in this domain Article 13 of the Convention required both preventive and compensatory remedies that must be effective in practice as well as in law.

The right to an injunction ordering the transfer of a prisoner to another facility as a form of preventive remedy was equally impaired by the fact that the administrative courts would only grant such a remedy if the narrow definition of “unlawfulness” was met, rather than considering the broader prohibition against inhuman and degrading treatment. Moreover, the right of an inmate to request a transfer was not effective as a remedy – all prisons in Bulgaria being overcrowded except for two juvenile institutions and one women’s prison – and was entirely discretionary, meaning that the authorities could not be compelled to transfer a prisoner. The possibility to complain to a public prosecutor was not an effective remedy either, notably on account of the lack of proper participation of the detainee in the proceedings. For their part, complaints to the Ombudsman could not result in a binding and enforceable decision.

Bulgarian law therefore did not provide compensatory and preventive remedies that were sufficiently certain or effective, and the Court was not persuaded that the remedies available dealt adequately with issues arising under Article 3 of the Convention. Accordingly, the Court held that there had been a violation of Article 13 of the Convention.

The Court observed that poor detention conditions had been a recurrent problem in Bulgaria, which had led to 25 violations of the Convention since the Court’s first judgment against Bulgaria on the subject in 2004 (Iorgov v. Bulgaria, no. 40653/98, 11 March 2004).

Whilst those cases, and the present case, related to various different detention facilities in Bulgaria, they all concerned recurring issues of a lack of sufficient living space, unjustified restrictions on access to natural light and air, poor hygiene, and lack of privacy and personal dignity when using sanitary facilities. The breaches were therefore not the consequence of isolated incidents; they originated in a widespread problem resulting from a malfunctioning of the Bulgarian penitentiary system and insufficient safeguards against inhuman and degrading treatment.

The applicants’ cases as well as many other cases – the Court having already decided more than 20, and there being approximately 40 more applications concerning detention conditions in Bulgaria currently pending before the Court – highlighted a systemic problem within the Bulgarian prison system, justifying a pilot-judgment procedure because of the serious and persistent nature of the problems identified.

The Court considered that there was a variety of factors contributing to the problem. Some of these, such as the insufficient capacity of the Bulgarian correctional facilities and their obsolescence and poor state of repair, could chiefly be attributed to the protracted lack of investment by the authorities in the penitentiary system’s facilities. Others, such as the lack of ready access to the toilet for inmates at night, appeared to be due to the physical characteristics of the correctional facilities, and the inmate management practices followed in them. As a result, prisoners affected by violations of the Convention, like those found in the present case, continued to seek redress before the Court rather than taking advantage of domestic remedies to address any deficiencies in their treatment.

The Court abstained from giving specific indications on the general measures that needed to be taken by Bulgaria with a view to bringing conditions of detention in its correctional facilities into line with Article 3 of the Convention when implementing this judgment. The Court found that, given the nature of the issues involved, specific instructions on these points would exceed its judicial function.

It nevertheless said that the only way for Bulgaria to address the problem of obsolete prison buildings was either by carrying out major repairs in the existing ones or by constructing new ones. It also gave some ideas about the way in which the Bulgarian authorities could go about reducing the problem of overcrowding.

However, the position in relation to the general measures required to redress the systemic problem underlying the breach of Article 13 of the Convention found in the present case was different. The Court said that its findings under this Article required specific changes in the Bulgarian legal system that would enable any person in the applicants’ position to complain of a breach of Article 3 of the Convention resulting from poor detention conditions and obtain adequate relief – preventive and compensatory, depending on the specific circumstances of the person concerned – for any such breach at domestic level.

The Court therefore held that Bulgaria, in cooperation with the Council of Europe’s Committee of Ministers, had to set up, within 18 months from the date on which this judgment becomes final, a combination of effective remedies in respect of poor conditions of detention that have both preventive and compensatory effects. The Court also held that Mr Zlatev was to be transferred to another correctional facility at the time that this judgment becomes final if he so chooses.