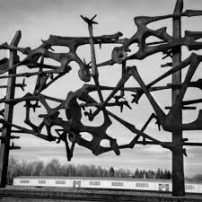 The Holocaust denial is not protected by the ECHR.

The case concerned the conviction of a Land deputy for denying the Holocaust during a speech in
the regional Parliament.

The Court found in particular that the applicant had intentionally stated untruths to defame Jews.
Such statements could not attract the protection for freedom of speech offered by the Convention
as they ran counter to the values of the Convention itself. There was thus no appearance of a
violation of the applicant’s rights and the complaint was inadmissible.

The Court also examined a complaint by the applicant of judicial bias as one of the Court of Appeal
judges who had dealt with his case was the husband of the first-instance judge. It found no violation
of his right to a fair trial because an independent Court of Appeal panel with no links to either judge
had ultimately decided on the bias claim and had rejected it.

The applicant, Udo Pastörs, is a German national who was born in 1952 and lives in Lübtheen
(Germany).

On 28 January 2010, the day after Holocaust Remembrance Day, Mr Pastörs, then a member of the
Land Parliament of Mecklenburg-Western Pomerania, made a speech stating that “the so-called
Holocaust is being used for political and commercial purposes”. He also referred to a “barrage of
criticism and propagandistic lies” and “Auschwitz projections”.

In August 2012 he was convicted by a district court, formed of Judge Y and two lay judges, of
violating the memory of the dead and of the intentional defamation of the Jewish people.

In March 2013 the regional court dismissed his appeal against the conviction as ill-founded. After
reviewing the speech in full, the court found that Mr Pastörs had used terms which amounted to
denying the systematic, racially motivated, mass extermination of the Jews carried out at Auschwitz
during the Third Reich. The court stated he could not rely on his free speech rights in respect of
Holocaust denial. Furthermore, he was no longer entitled to inviolability from prosecution as the
Parliament had revoked it in February 2012.

He appealed on points of law to the Court of Appeal which, in August 2013, also rejected his case as
ill-founded. At that stage he challenged one of the judges adjudicating his appeal, Judge X, claiming
he could not be impartial as he was the husband of Judge Y, who had convicted him at first instance.
A three-member bench of the Court of Appeal, including Judge X, dismissed the complaint, finding in
particular that the fact that X and Y were married could not in itself lead to a fear of bias.

Mr Pastörs renewed his complaint of bias against Judge X before the Court of Appeal, adding the
other two judges on the bench to his claim. In November 2013 a new three-judge Court of Appeal
panel, which had not been involved in any of the previous decisions, rejected his complaint on the
merits. Lastly, the Federal Constitutional Court declined his constitutional complaint in June 2014.

As with earlier cases involving Holocaust denial or statements relating to Nazi crimes, the Court
examined Mr Pastörs’ complaint under both Article 10 and Article 17 (prohibition of abuse of rights).
It reiterated that Article 17 was only applicable on an exceptional basis and was to be resorted to in
cases concerning freedom of speech if it was clear that the statements in question had aimed to use
that provision’s protection for ends that were clearly contrary to the Convention.

The Court noted that the domestic courts had performed a thorough examination of Mr Pastörs’
utterances and it agreed with their assessment of the facts. It could not accept, in particular, his
assertion that the courts had wrongfully selected a small part of his speech for review. In fact, they
had looked at the speech in full and had found much of it did not raise an issue under criminal law.
However, those other statements had not been able to conceal or whitewash his qualified Holocaust
denial, with the Regional Court stating that the impugned part had been inserted into the speech
like “poison into a glass of water, hoping that it would not be detected immediately”.

The Court placed emphasis on the fact that the applicant had planned his speech in advance,
deliberately choosing his words and resorting to obfuscation to get his message across, which was a
qualified Holocaust denial showing disdain to its victims and running counter to established
historical facts. It was in this context that Article 17 came into play as the applicant had sought to use his right to freedom of expression to promote ideas that were contrary to the text and spirit of the Convention. Furthermore, while an interference with freedom of speech over statements made in a Parliament deserved close scrutiny, such utterances deserved little if any protection if their context was at odds with the democratic values of the Convention system.

Summing up, the Court held that Mr Pastörs had intentionally stated untruths in order to defame
the Jews and the persecution that they had suffered. The interference with his rights also had to be
examined in the context of the special moral responsibility of States which had experienced Nazi
horrors to distance themselves from the mass atrocities.

The response by the courts, the conviction, had therefore been proportionate to the aim pursued
and had been “necessary in a democratic society”. The Court found there was no appearance of a
violation of Article 10 and rejected the complaint as manifestly ill-founded.

The Court reiterated its subjective and objective tests for a court or judge’s lack of impartiality: the
first focused on a judge’s personal convictions or behaviour while the second looked at whether
there were ascertainable facts which could raise doubts about impartiality. Such facts could include
links between a judge and people involved in the proceedings.

It held that the involvement in the case of two judges who were married, even at levels of
jurisdiction which were not consecutive, might have raised doubts about Judge X lacking impartiality.
It was also difficult to understand how the applicant’s complaint of bias could have been deemed as
inadmissible in the Court of Appeal’s first review, which had included Judge X himself.

However, the issue had been remedied by the review of Mr Pastörs’ second bias complaint, which
had been aimed at all the members of the initial Court of Appeal panel and had been dealt with by
three judges who had not had any previous involvement in the case. Nor had the applicant made any
concrete arguments as to why a professional judge married to another professional judge should be
biased when deciding on the same case at a different level of jurisdiction.

There were thus no objectively justified doubts about the Court of Appeal’s impartiality and there
had been no violation of Article 6.

Judges Grozev and Mits expressed a joint dissenting opinion which is annexed to the judgment.