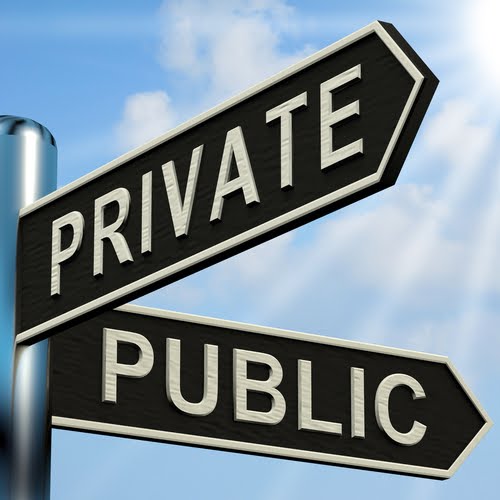 Continued deportation of a criminal and the right to privacy.

The applicant entered the Netherlands with a visa at the age of just 4 and lived in that country until he was 26 years old. He never obtained a residence permit and many times committed the serious offense of insulting sexual dignity. The competent Ministry rejected his application for a residence permit because it posed a threat to public safety as a recidivist criminal. He was deported to his country of origin, Indonesia. He filed a privacy complaint.

The Court pointed out that it is the right of every state under international law to control the entry of foreigners into its territory and their stay there. The ECHR does not guarantee the right of an alien to enter or reside in a particular country. Every state must strike a fair balance between the competing interests of the individual and the community as a whole.

In the present case, the ECtHR found that the applicant was a recidivist criminal, and continued to commit crimes even when it established his illegal residence in the Netherlands. The ECtHR therefore concluded that by deporting the applicant to their country of origin, without barring him from entering the Netherlands, the domestic authorities did not exceed the discretion available in the present case. The ECtHR ruled by a majority that there was no breach of the applicant’s right to respect for privacy (Article 8 of the ECHR).

The applicant, Hein Pormes, is an Indonesian national who was born in 1987.

The case concerned his complaint about the Dutch authorities’ refusal to grant him a residence
permit, despite him living in the Netherlands since he was almost four years’ old.

Mr Pormes arrived in the Netherlands in 1991 after his mother, who was Indonesian, died. He was
brought to the country by his presumed father, a Dutch national, who also died in 1999. He was
brought up by an uncle and aunt, who are Dutch nationals and whom he considers to be his foster
parents.

In 2004, when he turned 17, he found out that, contrary to what he had always assumed, he might
not have Dutch nationality. He learned that he had arrived in the country on a tourist visa which had
expired several months after his arrival and that neither his presumed father nor his foster parents
had taken any steps to regularise his stay.

In 2006 he thus applied for a temporary residence permit. However, in 2007 the Deputy Minister of
Justice rejected his application, because he represented a danger to the public following a recent
conviction for indecent assault and four counts of attempted indecent assault. Balancing his ties to
the Netherlands and the difficulties he would face adjusting to life in Indonesia against the
seriousness of his criminal offences, the Deputy Minister emphasised that his stay in the Netherlands
had never been lawful.

In 2008 the Deputy Minister rejected Mr Pormes’s objection, maintaining her position and observing
that he had in the meantime been convicted again for the same offences.

He appealed against the decision in the courts, but the Administrative Jurisdiction Division of the
Council of State ultimately in 2013 held that the Deputy Minister had rightly attached great weight
to the offences he had committed given their nature and seriousness and the fact that he was a
recidivist. The ruling also pointed out that Mr Pormes was an adult and was aware that he did not
have a residence permit when he had committed the offences.

Mr Pormes voluntarily left the Netherlands for Indonesia in 2016, signing a declaration with the
International Organization for Migration agreeing to discontinue all proceedings aimed at obtaining
a residence permit in the Netherlands in exchange for financial aid.

The Court notes at the outset that it is not in dispute between the parties that the applicant had a private life in the Netherlands Even if a person of 26 years of age could still be considered a “young adult”, the Court notes that at least in 2011 the applicant was not living full-time with his foster parents anymore. Having regard to the specific circumstances of the present case, the Court considers it appropriate to focus mainly on the aspect of “private life”. The Court reiterates that a State is entitled, as a matter of well‑established international law and subject to its treaty obligations, to control the entry of aliens into its territory and their residence there. The Convention does not guarantee the right of a foreign national to enter or to reside in a particular country and, in pursuance of their task of maintaining public order The Court reiterates that in the context of both positive and negative obligations the State must strike a fair balance between the competing interests of the individual and of the community as a whole. However, in both contexts the State enjoys a certain margin of appreciation.

As regards aliens seeking admission to a host country the Court has held that Article 8 does not entail a general obligation for a State to respect immigrants’ choice of the country of their residence and to authorise family reunion in its territory. It has held that in cases which concern family life as well as immigration, the extent of a State’s obligations to admit to its territory relatives of persons residing there will vary according to the particular circumstances of the persons involved and the general interest. The Court notes that the applicant arrived in the Netherlands in April 1991 when he was not yet four years old and that he thus spent most of his childhood and youth in that country . However, after his short-term tourist visa had expired in August 1991, his residence in the Netherlands was at no time lawful. He was thus not a “settled migrant” as this notion has been used in the Court’s case-law.

The Court observes that, from his arrival in the Netherlands, the applicant grew up in a family of Dutch nationals. He received all his schooling in the Netherlands and,  grew up as any other Dutch child. In 2004, the year in which he turned 17, the applicant found out that, contrary to what he had assumed until then, he might not have Dutch nationality, and that his residence in the Netherlands might in fact have been unlawful from the moment his tourist visa had expired some three and a half months after his first arrival back in 1991. He sought to regularise his stay in the Netherlands by applying for a residence permit in September 2006. As the applicant had by that time already spent fifteen years in the country, including most of his formative years as well as his adolescence, the Court has no doubt that he had established very strong ties there.

As for the applicant’s ties to Indonesia, the Court observes that, other than that he was born and lived there until he was almost four years old, that he has Indonesian nationality, and that it is the home country of his deceased mother, those ties were not strong: he had apparently no actual family or social ties and did not speak Indonesian.

However, it cannot be overlooked that the applicant repeatedly committed criminal offences. In 2004, whilst still a juvenile, he committed an assault in respect of which he accepted an out-of-court settlement . It cannot be ascertained from the case file whether he was already aware of his precarious residence status at that time. He was aware of it when, in September and October 2005 – by which time he had reached the age of majority –, he committed the offences of indecent assault and attempted indecent assault, which resulted in his conviction of 1 August 2006. Furthermore, and although he knew that a further conviction within the next two years would lead to the execution of the suspended prison sentence imposed on him and whilst he was awaiting a decision on the application for a residence permit which he had lodged in September 2006, the applicant once again committed the offences of indecent assault and attempted indecent assault in May, November and December 2007, of which he was convicted on 27 July 2008. The Court notes as regards the applicant’s conduct between the commission of the last offence in December 2007 and his departure from the Netherlands in August 2016 that it would appear that he did not re-offend during this time.

The Court agrees with the Government that the offences of which the applicant was convicted in 2006 and 2008 were undoubtedly serious, entailing as they did a violation of the physical integrity of unsuspecting young women. The applicant had, moreover, no longer been a minor when he committed these offences. In addition, the Court also takes into account that the convictions of August 2006 and July 2008 each concerned no less than five offences and that the applicant was thus a multiple recidivist.

The Court can accept that, given the length of his residence in, and the strength of his ties with the Netherlands, the applicant’s relocation to Indonesia would have entailed a certain amount of hardship. Nevertheless, he was a healthy adult man, and it has neither been argued nor has it appeared that he was unable to manage by himself in that country. In that latter context the Court notes that the applicant possessed a number of practical skills such as metal work and cookery, and there is no reason to assume that he would not have been able to adjust to Indonesian culture and to learn the language. Contacts with his foster family and others in the Netherlands may have been maintained through modern means of communication. The Court further observes that no exclusion order was imposed on the applicant, which leaves open the possibility that he may apply for a visa in order to make visits to the Netherlands.

In addition, the Court recognises that in the case at hand every domestic decision-making body had specific regard to the State’s obligations under Article 8 of the Convention. The Deputy Minister of Justice, while emphasising that the applicant’s stay in the Netherlands had never been lawful, balanced his ties to the Netherlands and the difficulties he would face adjusting to life in Indonesia against the seriousness of his criminal offending. Whereas the Regional Court considered that the Deputy Minister had not sufficiently indicated what weight she attached to certain circumstances, the Administrative Jurisdiction Division of the Council of State held that the Deputy Minister had rightly attached great weight to the offences committed by the applicant in view of their nature and seriousness and the fact that the applicant was a recidivist. In its ruling it noted also that when the applicant had committed the offences at issue he was an adult and was aware that he did not have a residence permit .

In the light of all of the above, and having regard in particular to the nature, seriousness and number of the offences committed by the applicant, including at a time when he knew that his residence status in the Netherlands was precarious, the Court is satisfied that the domestic authorities did not attribute excessive weight to the general interest in the prevention of disorder or crime and have not overstepped the margin of appreciation afforded to them in the circumstances of the present case.

There has accordingly been no violation of Article 8 of the Convention.

For the above reasons, I have come to the conclusion that in the present case there has been a violation of Article 8 of the Convention. This would be, first and foremost, a “procedural” violation, because the domestic authorities failed to carry out a thorough and fair balancing exercise between the competing interests and to set out convincing reasons to justify their decision. Alternatively, the violation would be a substantive one, because the majority likewise omitted to conduct a genuine and convincing balancing exercise between the competing interests and to take into account not only the seriousness of the offences committed, but also the applicant’s specific situation and all the elements speaking in his favour