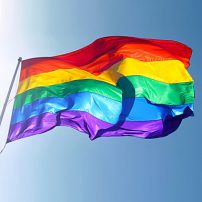 The arrest of a protester violated her freedom of assembly because she could not participate in the demonstration. Police duty to protect LGBT community protesters from homophobic attacks

The case  concerned a public LGBTI (lesbian, gay, bisexual, transgender and intersex) meeting in St Petersburg and the authorities’ failure to protect
participants from aggressive counter-demonstrators.

The Court found in particular that a State did not just have a duty under the Convention not to
interfere with the right to freedom of assembly. For that right to be genuine and effective, the
authorities also had an obligation to facilitate access to meetings and ensure participants’ safety.

In the applicant’s case however the police, aware of the risk of tensions in advance and
outnumbering the counter-demonstrators, had been passive in the face of the homophobic attacks.

The Court stressed that the authorities’ duty to take steps to facilitate and protect had been all the
more important in the case of the applicant, who belonged to a vulnerable minority group towards
whom there had been a history of public hostility in Russia.

The applicant, Yelena Vladimirovna Berkman, is a Russian national who was born in 1992 and lives in
in St Petersburg (Russia).

On 12 October 2013 the applicant and a small group of LGBTI activists went to the Field of Mars, a
large square in St Petersburg, to take part in a meeting marking Coming Out Day. The organisers had
warned the authorities in advance of the event and enhanced security had been ordered in
anticipation of clashes with counter-demonstrators.

However, according to the applicant, when she arrived the square was blocked by more than 100
aggressive counter-demonstrators in national costumes and armed with whips. They surrounded about 20 to 30 participants, including the applicant, and started to push and bully them. More than 500 police officers deployed to the site did not react, despite the participants asking them for help.
They apparently only stepped in when tensions between the two groups reached a critical point. The
applicant alleged that the officers had arrested only participants in the LGBTI demonstration and
took them to police stations.

The Government submit that about 90 people were arrested on account of their disorderly conduct.
The applicant in particular was arrested at about 1.55 p.m., taken to the central police station and
charged in minor offence proceedings with using foul language in a public place. She was released
around 6.30 p.m. The domestic courts subsequently dismissed the charges against herowing to lack
of evidence.

The applicant’s civil claim, challenging the lawfulness of her arrest and detention at the police
station, was ultimately unsuccessful in February 2016. The courts found that her arrest had been
lawful, while her other allegation regarding the authorities’ failure to ensure the personal safety of
the LGBTI demonstrators was unsubstantiated.

Relying on Article 5 (right to liberty and security), Article 11 (freedom of assembly) and Article 14
(prohibition of discrimination), the applicant complained that her arrest and subsequent detention
had been arbitrary and unlawful and that the authorities had failed to ensure that the public
meeting proceed peacefully. She argued that those breaches of her rights had been a part of the
State’s discriminatory policy towards LGBTI people.

Article 5 (right to liberty and security)

The Court found that Ms Berkman’s arrest had lacked reasons and legal grounds. In particular,
according to her arrest record she had been taken to the police station for the purpose of drawing
up an administrative-offence report. Such a measure was permitted under domestic law if it was not
possible to write the report on the spot. The Government did not, however, show that in the
applicant’s case drawing up such a report at the site of the protest had been impossible. Moreover,
the domestic authorities had never assessed in a meaningful manner the necessity of her transfer to
the police station. There had therefore been a violation of Article 5 § 1 of the Convention.

Article 11 taken alone and in conjunction with Article 14

Like the domestic courts which had examined the applicant’s civil claim, the police officers deployed
to the LGBTI meeting had only been preoccupied with the protection of public order. They had not
considered that it had been necessary to facilitate the meeting.

Firstly, no preliminary measures to prevent the bullying had been taken, such as making official
public statements to promote tolerance, monitoring homophobic groups’ activities, or arranging a
channel of communication with the organisers of the event.

Furthermore, the officers, who had been deployed because of concerns about the risk of tensions
and who by far outnumbered those present, had not attempted to secure a safe perimeter for the
participants. As a result of such inaction, the applicant and other participants had not been able to
join the event at the Field of Mars square which had been occupied by counter-demonstrators.

Nor had the police taken any steps to de-escalate the tensions between the two groups, only
stepping in when a real risk of bodily injuries occurring had become apparent.

Such an approach was unsatisfactory. The Court reiterated that a demonstration might annoy or give
offence but that participants had to be able to attend without fear of being subjected to physical
violence by their opponents. Genuine, effective freedom of peaceful assembly could not be reduced
to a mere duty on the part of the State not to interfere.

Indeed, the obligation under the Convention to take steps to protect freedom of assembly was of
paramount importance in the case of the applicant, who belonged to a minority with views that
were unpopular. She was therefore vulnerable, especially given the history of public hostility
towards LGBTI people in Russia.

Moreover, although the homophobic connotation of the counter-demonstrators’ speech and their
conduct had to have been evident to the authorities, it had not been duly addressed.

The Court therefore considered that the domestic authorities had failed to comply with their
obligations under Article 11 of the Convention, taken alone and in conjunction with Article 14.

The Court reiterated that the applicant’s arrest, which had prevented her from participating in the
LGBTI meeting, had been unlawful. The interference with her freedom of assembly had therefore
also been unlawful. Indeed, the authorities’ justification for such interference was insufficient,
especially in view of the fact that the applicant’s conduct had clearly not been violent.

The Court therefore held that there had been a violation of the State’s obligations under Article 11of the Convention taken alone.

However, the Court could not conclude from the case file and the parties’ submissions (including
video material and the allegations about the number of participants and those arrested) that the
police officers had only arrested LGBTI participants and disregarded the breaches of public order by
their opponents. There had therefore been no violation of Article 14 taken in conjunction with the
State’s obligations under Article 11 of the Convention in that regard.

The Court held that there was no need to examine separately the applicant’s complaints under
Article 5 § 1 or under Article 14 taken in conjunction with Article 5 § 1 of the Convention.

The Court held that Russia was to pay the applicant 10,000 euros (EUR) in respect of non-pecuniary
damage.