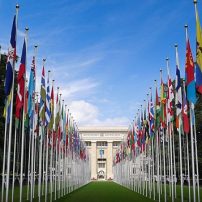 Strasbourg for the first time against the coronavirus! Inadmissible application for omissions and inadequate handling of the health crisis due to Covid-19, without the plaintiff being a victim!

The case concerned the applicant’s objections to the handling by the French State of the Covid-19
health crisis.

The Court observed that the applicant was complaining about the measures taken by the French State to curb the propagation of the Covid-19 virus among the whole population of France, but had not shown how he was personally affected. It reiterated that it did not recognise an actio popularis:
meaning that applicants cannot complain about a provision of domestic law, a domestic practice or
public acts simply because they appear to contravene the European Convention on Human Rights. In
order for applicants to be able to claim to be a victim, they must produce reasonable and convincing
evidence of the likelihood that a violation affecting them personally will occur.

The application was thus incompatible with the European Convention.

The applicant, Renaud Le Mailloux, is a French national who was born in 1974 and lives in Marseille.

The spread of the coronavirus responsible for the Covid-19 disease in France has led the French
authorities to adopt various measures to prevent and mitigate the effects of the threat to public
health. The Aix and Region Medical Union (SMAER) and two private individuals, considering the
measures adopted insufficient, lodged an urgent application for the protection of a fundamental
freedom with the Conseil d’État seeking an injunction on the State to take the requisite action to
provide doctors and health professionals with FFP2 and FFP3 facemasks, surgical masks for patients
and the population as a whole, and mass screening facilities for all. They also wanted the State to
authorise doctors and hospitals to prescribe and administer the hydroxychloroquin and azithromycin
drug combination to high-risk patients, and medical laboratories to conduct screening tests.

The applicant, claiming to have been much weakened by a serious condition, intervened in support
of the urgent application.

Relying on Article 2 (right to life), Article 3 (prohibition of inhuman and degrading treatment), Article
8 (right to respect for private and family life) and Article 10 (right to freedom of expression), the
applicant complained of the failure by the State to fulfil its positive obligations to protect the lives
and physical integrity of persons under its jurisdiction. He complained in particular of restrictions on
access to diagnostic tests, preventive measures and specific types of treatment, and interference in
the private lives of individuals who were dying of the virus on their own.

The Court found that the applicant was complaining in abstracto about the measures taken by the
French Government to deal with the Covid-19 virus. It first noted that he had raised these
complaints only when intervening in support of an urgent application before the Conseil d’État.
Secondly, he had not provided any information about his own condition and had failed to explain
how the alleged shortcomings of the national authorities might have affected his health and private
life.

Moreover, if the applicant was ever denied assistance or care in the context of the general health
measures that he complained of, he would be able to contest the compatibility of such refusal with
the Convention in the domestic courts.

In these circumstances, the Court found that the application amounted to an actio popularis and the
applicant could not be regarded as a victim, within the meaning of Article 34 of the Convention, of
the alleged violations.

The application was thus incompatible with the Convention and had to be rejected.