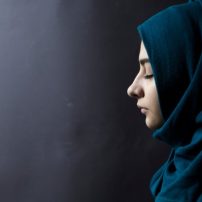 Sharia and its application. Greece has one year in order to restore the right of ownership of the applicant. Measures and alternatives

The case Molla Sali v. Greece (application no. 20452/14) concerned the application by the Greek
courts of Sharia law to an inheritance dispute among Greek nationals belonging to the Muslim
minority.

In its principal judgment delivered on 19 December 2018 by the Grand Chamber, the European Court
of Human Rights found a violation of Article 14 (prohibition of discrimination) of the Convention
read in conjunction with Article 1 of Protocol No. 1 (protection of property), considering that the
applicant (Ms Molla Sali) had suffered a difference of treatment on the grounds of her husband’s
religion. The Court reserved the question of just satisfaction.
The European Court of Human Rights:

– held, unanimously, that as regards the deceased’s property located in Greece, the Greek State had
to take measures to ensure that Ms Molla Sali retained her ownership of the property which had
been bequeathed to her by her husband in Greece, or that her ownership rights be restored; in the
event that such measures had not been adopted within one year, Greece had to pay Ms Molla Sali a
sum of 41,103.36 euros (EUR) in respect of pecuniary damage. Furthermore, the Greek State was to
pay Ms Molla Sali EUR 10,000 in respect of non-pecuniary damage and EUR 5,828.33 in respect of
costs and expenses.

– dismissed, by a majority, the remainder of the applicant’s claim for just satisfaction. As regards the
deceased’s property located in Turkey, the Court reiterated that the application giving rise to the
principal judgment had been lodged solely against Greece and that the issue of the effects of the
deceased’s will on the property located in Turkey was the subject of proceedings which were still
pending before the Turkish courts. The property in question therefore could not form the basis of
any claims for just satisfaction against the Greek State in the framework of those proceedings

The applicant, Chatitze Molla Sali, is a Greek national who was born in 1950 and lives in Komotini
(Greece).

Despite the wishes of her deceased husband (a Greek national from the Muslim minority) to
bequeath his whole estate to his wife (Ms Molla Sali) expressed in a will drawn up in accordance
with Greek civil law, the Greek courts considered that will devoid of effect, and applied Muslim
inheritance law, which, in Greece, applied specifically to Greeks of Muslim faith.

Ms Molla Sali was deprived of three-quarters of her inheritance for the benefit of the deceased’s
sisters, whom the court of first instance recognised as joint owners. In a judgment of 20 November
2018 the court ordered a rectification of the registration of the property in the Land Register, as
specified in the judgment. Ms Molla Sali appealed against that judgment.

On 19 December 2018 the European Court of Human Rights, to which Ms Molla Sali had meanwhile
applied, found in its principal judgment, delivered by the Grand Chamber, that there had been a
violation by Greece of Article 14 of the Convention read in conjunction with Article 1 of Protocol No.
1, considering that Ms Molla Sali had suffered a difference of treatment on the grounds of her
husband’s religion which had had no objective and reasonable justification. As the question of just
satisfaction (Article 41 of the Convention) was not ready for decision, the Court reserved its
assessment to a later stage.

Subsequently, on 23 October 2019, the Thrace Court of Appeal upheld the judgment delivered by
the court of first instance on 20 November 2018, recognising the sisters as joint owners of
approximately one quarter each of the estate. Ms Molla Sali appealed on points of law. The
proceedings are currently pending before the Greek Court of Cassation.

Following her husband’s death, Ms Molla Sali lodged proceedings before the Turkish civil courts
seeking the application of her husband’s will to his property located in Turkey. Concurrently, the
deceased’s sisters lodged a request for annulment of the will. The relevant proceedings are pending
before the Istanbul Court of Appeal.

In the instant case Ms Molla Sali sought compensation for the damage which she had sustained in
connection with her husband’s property located in Greece and Turkey.

As regards the property located in Greece, the Court held, unanimously, as follows:

As regards pecuniary damage, the Court noted that according to the information which the parties
had provided, the land register had not yet been rectified to recognise the deceased’s sisters as joint
owners of the testator’s property. Thus the effect of the violation of the Convention found by the
Court in its principal judgment had not yet become tangible. Consequently, the Court considered
that “the closest possible situation to that which would have existed if the breach in question had
not occurred” would be restored if action were taken to ensure that Ms Molla Sali retained
ownership of the property bequeathed by her husband; or, where the land register had already been
amended, if her ownership rights were restored. The Court also held that if the Greek State failed to
take either of the above-mentioned measures within one year of the date of delivery of the present
judgment, it would have to pay Ms Molla Sali an amount in compensation corresponding to three
quarters of the total value of the property bequeathed in Greece. The amount to be paid would
therefore total EUR 41,103.36.

As regards the property located in Turkey, the Court held, by a majority, as follows:

The Court reiterated that the application giving rise to the principal judgment had been lodged solely
against Greece. The issue of the effects of the deceased’s will inasmuch as that will concerned
property located in Turkey, was the subject of proceedings still pending before the Turkish courts.

Under those, the Court found no exceptional circumstance to enable Greece to exercise jurisdiction
over proceedings taking place in Turkey. Moreover, in its principal judgment, the Court had not
pronounced on the rights claimed by Ms Molla Sali under Article 1 of Protocol No. 1 in connection
with the property located in Turkey. That property could therefore not be used as the basis for a
claim for just satisfaction against the Greek State in the framework of the present proceedings
concerning the reserved question of the application of Article 41.

The Court also pointed out that pursuant to Article 46 of the Convention, the Court’s judgments
were binding only on the States parties to the proceedings having given rise to those judgments,
which was not the situation of Turkey as regards the principal judgment in the present case.
Nevertheless, there was nothing to prevent the Turkish courts from taking the principal judgment
into account when giving their decision. Finally, Ms Molla Sali could, if she so wished, lodge an
application against Turkey should the final decision given by the Turkish courts fail to take account of
the finding of a violation reached by the Court in its principal judgment in the instant case.

Judges Lemmens, Koskelo and Eicke expressed a joint partly dissenting opinion, which is annexed to
the judgment.