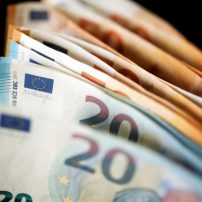 Proportionality principle and freezing of bank accounts and assets. The freezing should not cause more harm than it seeks to protect. Violation of the right to property because health reasons were not taken into account.

The principle of proportionality in the freezing of assets.

The applicants had all their assets freezed  in connection with a pending criminal case against the first applicant for a bank offense. Before the Court of First Instance they demanded the freezing order to be lift  in order to cover the costs of their son’s health problems. The first applicant failed to submit a claim before the appellate court, but referred to the details of the first-instance application. The courts rejected his request.

The Court found that Bulgaria’s domestic law permitted the freezing of assets as ancillary punishment, but held that the task of the national courts was to ensure that confiscation of the first applicant’s assets would not cause him more damage than the damege deriving from these measures. According to the ECtHR, the domestic courts failed to determine whether the actual damage suffered by the affected persons was greater than that which was unavoidable. There has been a violation of Article 1 of the First Protocol to the ECHR.

The applicants, Stoyan Apostolov and Milena Apostolova, husband and wife, are Bulgarian nationals
who were born in 1956 and 1958 respectively and live in Haskovo (Bulgaria).

The case concerned the freezing of the couple’s assets pending criminal proceedings against the
husband for a banking offence and their complaint that this had made it hard for them to meet
medical expenses for their severely disabled son.

In 2016 Mr Apostolov was found guilty of conducting banking business without a licence and was
given a year’s suspended prison sentence.

Shortly after Mr Apostolov had been charged in November 2008, the courts decided to freeze 35
bank accounts registered in his name and three of his immovable properties in order to ensure that
any fine or confiscation order would be met.

He appealed against the decision to issue the freezing order in February 2009, but the courts found
that the appeal had been lodged out of time.

Concurrently the applicant couple requested that the freezing order be lifted. Mr Apostolov
submitted in particular that he needed to draw on at least some of the money in his bank accounts
to pay for his son’s medical expenses. The courts rejected his request as the criminal proceedings
were still ongoing. In July 2009 the appeal court upheld that finding, but unfroze Ms Apostolova’s
half of the assets since the charges had only been brought against her husband.

Mr Apostolov made a second request in 2013 for the freezing order to be lifted, and all of his assets,
except one immovable property, were eventually unfrozen in January 2014.

In the meantime, Ms Apostolova brought claims for damages against the authorities. Her claim
against the regional court was dismissed, while one of two claims against the prosecuting authorities was allowed. The courts found that the prosecutor should have checked ownership of the assets before seeking to block them and awarded her damages for psychological distress caused by the freezing of her assets and inability to pay for her son’s medical treatment.

Relying in particular on Article 1 of Protocol No. 1 (protection of property) to the European
Convention on Human Rights, the applicant couple complained that the freezing of their assets, both
initially and over the years that followed, had been unlawful and unjustified.

THE DECISION OF THE COURT …..

According to the case-law of the Court*+ in this field, the freezing of assets in criminal proceedings for the purpose of making them available to cover any financial penalty must be analyzed under Article 1 (2) of the First Protocol, which allows, inter alia, States to control the use of property to ensure that penalties are paid.

There is no indication that the decision to freeze was unlawful under Bulgarian law. It was based on Article 72 of the Code of Criminal Procedure, which allows the competent court to take measures to ensure that a fine, confiscation or seizure that may be imposed in criminal proceedings is paid.

Nor is there any indication that the rules in force were not sufficiently accessible or predictable. The question of whether they provide adequate safeguards against arbitrary or disproportionate interventions will be considered below, in the light of the principle of proportionality.

The main question is whether there was a reasonable proportionality relationship between the purpose and the means used to achieve that goal.

In Bulgaria, as is often the case in other Contracting States, freezing orders are taken without notice to the accused or other persons affected by them. This does not in itself raise the issue of safeguards.

According to Bulgarian law, an order to freeze assets, once issued and notified, can be challenged through an appeal or a request for its removal. In view of the finding that, in the present case, there was no material difference between the two procedures as applied by the national courts in the present case, that analysis may be confined to the second, which the first applicant brought at first instance and on application appeal.

In the first instance, this procedure is carried out exclusively through documents, but in the event of an appeal an oral hearing is possible. There is no indication that the first applicant requested a hearing and it cannot be considered that a request in that respect would have inevitably been rejected. Nor, in any event, was there any problem with the disputed nature of the proceedings, as the Public Prosecutor’s Office did not submit any observations in response to the first applicant’s claim and appeal. In any event, the procedural requirements under Article 1 of the First Protocol are not necessarily the same as those laid down in Article 6 § 1 of the ECHR. There is no evidence that the lack of a hearing prevented the first applicant from adequately bringing his case before the competent courts.

There is no question as to the scope of the imposition of freezing measures. The value of his confiscated assets did not exceed the risky penalty.

There is, however, one respect in which the review of the initial freezing of the first applicant’s assets fell short of the requirements of Article 1 of Protocol No. 1. When first seeking to have the freezing order lifted, the first applicant pointed out that he needed unencumbered access to at least some funds on which to draw to meet the medical expenses of his disabled son . Neither the first-instance court nor the court of appeal dealing with his request engaged with that argument, which potentially had a crucial impact on the proportionality of freezing the entirety of the first applicant’s assets. Although the argument was not very specific – the first applicant did not tell the courts how much money he needed for those expenses, or provide any evidence or details in support of his assertion that he had no other sources of income –, the fact remains that it had been expressly raised and that it was of considerable importance. It is also true that the first applicant did not repeat the argument in terms on appeal. But in his appeal he said that he fully maintained his original arguments . The Plovdiv Court of Appeal’s brief statement that the argument was irrelevant  is unsurprising in view of the absence of any statutory provisions covering such situations . This absence is all the more striking when juxtaposed with the express provisions in the Criminal Code which shield the funds needed by a convicted person and his or her family for living expenses for one year from confiscation or the enforcement of a fine . This is hard to reconcile with the need to afford those affected by such freezing measures procedures that make it possible to strike a fair balance between their rights and the public interest . Indeed, when recently legislating in a closely related domain, the Bulgarian legislature recognised the need to have regard to such matters: a 2005 statute providing for the forfeiture of proceeds of crime by way of proceedings before the civil courts expressly envisaged a possibility to permit payments out of assets frozen with a view to their forfeiture if this was necessary for medical treatment or other humanitarian needs.

The courts’ omission to address the first applicant’s argument does not, in the event, appear to have substantively affected him, since the Plovdiv Court of Appeal concomitantly decided, for other reasons, to unfreeze the half of the initially frozen assets that belonged to his wife . The total sum of money in the frozen bank accounts at the time of the freezing order  was not negligible, and the applicants have not presented any evidence about the specific amount of money that they needed to take care of their disabled son. But this cannot, in itself, affect the above analysis, since it was the domestic courts’ duty to satisfy themselves that the freezing of the first applicant’s assets would not cause him more damage than that which inevitably flows from such measures. The Court has had occasion to say that although any seizure entails damage, the actual damage sustained by those affected by it should not be more extensive than that which is inevitable, if it is to be compatible with Article 1 of Protocol No. 1.

There has therefore been a breach of Article 1 of Protocol No. 1.

Just satisfaction: 1,250 euros (EUR) for non-pecuniary damage and EUR 700 for costs and expenses
to Mr Apostolov