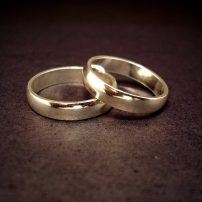 Marriage between “ex-” brothers- and sisters-in-law. Annulment of marriage after 10 years of marriage and after the Greek authorities had issued a marriage license. The cancellation of the marriage by the Greek courts violated the right to marriage. Condemnation of Greece

On the basis of Article 1357 of the Civil Code – which prohibits, in particular, marriage between
persons of collateral affinity up to the third degree –, the Greek courts annulled the applicants’
marriage, 10 years after it had been entered into, and held that the individuals in question were
related in collateral affinity to the second degree.

The Court found that the annulment of the applicants’ marriage had disproportionately restricted
their right to marry to such an extent that the very essence of that right had been impaired.

The applicants, Georgios Theodorou and Sophia Tsotsorou, are Greek nationals who were born in
1951 and 1957 respectively. They live in Koropi (Greece).

In 1971 Mr Theodorou married P.T., with whom he had a daughter. In 2001 the marriage was
dissolved by decision of Athens Regional Court, which noted in its judgment that the applicants had
been living separately since 1996. In 2004 a divorce certificate was issued.

In 2005 Mr Theodorou married the sister of P.T. (Ms Tsotsorou) in a religious ceremony. The
following year P.T. complained to the public prosecutor’s office about that marriage, pleading nullity
on the grounds of kinship by marriage between the two spouses.

In 2010 the Regional Court annulled the marriage on the basis of Article 1357 of the Greek Civil Code
(CC), which prohibits, in particular, marriage between persons related by collateral descent up to the
third degree. In its decision the court pointed out that the applicants were second-degree relatives
by collateral descent, and that Greek law prohibited their marriage for reasons of decency and
respect for the institution of the family. An appeal by the applicants was dismissed, and their
marriage was definitively annulled by the Court of Cassation on 29 June 2015 following the dismissal
of their appeal on points of law.

The Court noted as follows.

Firstly, a consensus had emerged in the member States of the Council of Europe with regard to the
impediment to the marriage of “ex-” sisters-in-law and brothers-in-law. Only two of the member
States (Italy and San Marino) reviewed had introduced such an impediment to marriage, and even
then that impediment was not absolute. The Court attached particular importance to this European
consensus.

Secondly, the applicants had not faced any obstacles prior to entering into their marriage and the
national authorities had raised no objections. Furthermore, Greek law laid down a series of
procedural requirements before a marriage could be concluded. In particular, persons intending to
marry were required to announce their intentions publicly. No objections had been raised to the
applicants’ marriage after the publication of the relevant announcement. P.T. had not complained to
the prosecutor about the marriage until approximately one year and five months after it had taken
place, and the prosecutor had only applied to the first-instance court seven months later, that is,
two years after the marriage.

Thirdly, the relevant authorities were required to verify that the legal conditions had been met to
allow an intended marriage to be contracted, and they would issue a marriage licence only if they
considered that those conditions had been met. In the present case, the relevant authorities had not
expressed any doubts whatsoever before issuing this licence.

The question of the marriage’s validity had been raised only subsequently, and the applicants had
enjoyed both the legal and social recognition of the relationship resulting from their marriage and
the protection afforded solely to married couples for more than ten years.

Fourthly, with regard to the Government’s arguments concerning “biological considerations” and
the risk of confusion, the Court noted that those problems did not arise in the present case. It was
not clear what exactly those biological considerations involved, or the practical risk of confusion
preventing the applicants’ marriage, given that they were not blood relatives and had not had
children together. Furthermore, with regard to the Government’s argument that there existed a
social need for communication between the members of a family and the outside world, the Court
observed that the Government had not specified how the prohibition in question could assist in or
serve such communication.

Fifthly, the applicants were currently deprived of all the rights afforded to married couples, which
they had nonetheless enjoyed for ten years.

In consequence, the Court held that the annulment of the applicants’ marriage had
disproportionately restricted their right to marry to such an extent that the very essence of that right
had been impaired. It therefore found that there had been a violation of Article 12.

The Court held that Greece was to pay the applicants jointly 10,000 euros (EUR) in respect of nonpecuniary damage and EUR 4,120.79 in respect of costs and expenses.echrcaselaw.com.