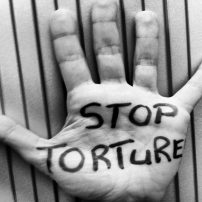 Judicial rejection of violent ex-wife relocation violates privacy. The state is obliged to seek a solution to issues of domestic violence even with contrary court decisions!

Domestic violence and privacy. Request for relocation of the abusive ex-spouse and rejection by national courts. Positive obligations of the state.

The applicant and her three children, victims of the violent behavior of her alcoholic ex-husband, sought legal redress from the state-owned joint residence. The domestic courts rejected her claim, finding that there was no valid reason for imposing such an extreme measure.

The Court has ruled that eviction is an extreme measure of interference with the right to privacy guaranteed by Article 8. However, he noted that in cases of domestic violence, the rights of the perpetrators could not replace the human rights of the victims, especially in the physical and psychological integrity.

The ECtHR found that, in rejecting the relocation request, the domestic judicial authorities had not carried out a comprehensive analysis of the situation and the risk of future psychological and physical violence faced by the applicant and her children, and that a fair balance had not been struck between all her and her ex-husband. He further noted that the proceedings lasted 2 years, during which the applicant and her children remained at risk of further domestic violence.

The Court held that relocation decisions by national courts should not relieve national authorities of their duty to assess the gravity of the situation in cases of domestic violence in order to seek an appropriate solution.

The ECtHR found a violation of the applicant’s right to respect for her privacy (Article 8 of the ECHR) and awarded her EUR 4,500 in respect of non-pecuniary damage.

The applicant, Iryna Mykolayivna Levchuk, is a Ukrainian national who was born in 1982 and lives in
Rivne (Ukraine).

The case concerned her complaint that the dismissal of an eviction claim against her ex-husband had
exposed her and her children to the risk of domestic violence and harassment.

Ms Levchuk married O.L. in 2006. They had triplets in 2007 and were provided with social housing, a
flat, by the local council. Their relationship deteriorated because O.L. drank heavily, started
arguments, and harassed and threatened her and the children, sometimes resorting to physical
violence. Their marriage was dissolved in 2015 and she was granted custody of the children. O.L.
continued to live however in the flat.

The intimidation and violence continued, leading the police to intervene on multiple occasions and
the social services to draft a report which found the children to be seriously distressed. O.L. was
charged with, but never found formally guilty of domestic violence.

As the situation had not improved, Ms Levchuk brought proceedings in 2016 under Article 116 of the
Housing Code which provided for the possibility to evict social housing tenants for systematic
misconduct. The national courts ultimately dismissed the claim in 2018. Although they
acknowledged that O.L. “needed to change his attitude”, they did not find that the misconduct had
been systematic and considered that there were no grounds for such an extreme measure as
eviction.

Ms Levchuk and her children continue to share the flat with O.L. Most recently, in 2019, she brought
proceedings to deprive O.L. of his parental rights, alleging that he neglects the triplets and avoids
paying child support. The case is ongoing.

The Court reiterated that the issue of domestic violence, which can take many forms – from physical assault to sexual, financial, emotional or verbal abuse – goes beyond the circumstances of an individual case.

The applicant made credible allegations that she had been exposed for a long time to physical assaults, intimidation and threats by O.L., her ex-husband, with whom she still shares an apartment. It also affected her right to enjoy a home free from violent disturbances which is also protected under Article 8.

The Court noted the fact that the authorities, who were well aware of the situation, intervened in individual cases on several occasions. In the light of the facts of the present case, the domestic law and the Government’s explanations, the Court considered that the civil action was, in principle, capable of redressing the substance of the applicant’s complaint, although it is not clear that it could have an immediate effect. The main issue for the Court in the present case was therefore to determine whether that decision had struck a fair balance between the competing interests at stake.

The Court has ruled that eviction is the most extreme measure of interference with the right to respect for privacy guaranteed by Article 8. In addition, in the context of the ECHR, the Court noted that, in cases of domestic violence, the rights of the perpetrators cannot replace the human rights of the victims, in particular physical and psychological integrity.

The ECtHR took into account the Government’s argument that Article 116 of the Housing Code was, in principle, an effective solution to the applicant’s complaint. In the present case the applicant claimed that O.L. had repeatedly been involved in violent attacks during their cohabitation. However, as is apparent from the material submitted to the ECtHR, the national courts did not make a thorough assessment of the applicant’s serious complaints and the risk of future violence, as the parties remained on the same roof.

However, although criminal and administrative proceedings had been instituted against O.L. violent physical assaults on the applicant and although the police authorities had warned him not to be violent and made several “recommendations”, the court found in the relocation request that it had not been established that [O.L. had] systematically violated the rules of life protection ‘in relation to the applicant. The Court reiterated that when domestic authorities deal with credible allegations of domestic violence, it is up to them to assess the situation as a whole, including the risk of future violence. According to reports from social workers and police, O.L. repeatedly avoided their attempts to discuss the situation with him in an attempt to find an appropriate solution and prevent the risk of further violent attacks. It is not clear that the Court of Appeal took this into account and tried to analyze whether there was a risk of repeated violence.

The Court held that, despite the rejection decision, this fact should not relieve the national authorities of their duty to assess the gravity of the situation in order to seek an appropriate solution. Furthermore, the interdependence of the fact that the alleged victims have withdrawn their complaint, without a comprehensive analysis of the risks they still face, is incompatible with the obligation of States to take into account the vulnerability of victims of domestic violence in fulfilling their positive obligations. in this field in accordance with Articles 3 and 8 of the Convention.

The Court noted that, as is apparent from the case file, O.L. and the applicant was given the apartment in question as a social benefit due to the birth of their daughters. Following the divorce, the applicant was granted custody of the children. O.L., for his part, repeatedly failed to fulfill his parental responsibilities and the school and social workers said he was emotionally relieved of their upbringing.

The Supreme Court, in turn, rejected the applicant’s appeal against the decision of the Court of Appeal, approving the statement of reasons.

In the light of all the above factors, the Court considered that the national courts, rejecting the applicant’s relocation claim against her ex-husband, had not carried out a comprehensive analysis of the situation and the risk of future psychological and physical violence faced by the applicant and her children. . It also noted that the proceedings lasted two years at three levels of jurisdiction, during which the applicant and her children remained at risk of further domestic violence.

According to the Strasbourg Court, a fair balance has not been struck between all competing private interests. The decisions of the civil courts in the relocation of the applicant’s ex-husband were therefore not in line with the positive obligation of the State to ensure the effective protection of the applicant from domestic violence.

As a result, the ECtHR found a violation of the right to privacy (Article 8 of the ECHR).