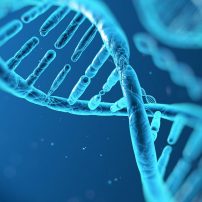 Indefinite retention of DNA, fingerprints and photos of a convicted violated his privacy rights

The case  concerned a complaint about the indefinite retention of personal data (DNA profile, fingerprints and photograph) of a man who
had a spent conviction for driving with excess alcohol in Northern Ireland. The European Court of Human Rights held, unanimously,
that there had been: a violation of Article 8 (right to respect for private and family life) of the European Convention on
Human Rights.

The Court underlined that it was not the duration of the retention of data that had been decisive,
but the absence of certain safeguards. In the applicant’s case his personal data had been retained
indefinitely without consideration of the seriousness of his offence, the need for indefinite retention
and without any real possibility of review.

Noting that the technology being used had been shown to be more sophisticated than that
considered by the domestic courts in this case, particularly regarding storage and analysis of
photographs, the Court considered that the retention of the applicant’s data had failed to strike a
fair balance between the competing public and private interests.

The applicant, Fergus Gaughran, is a British national who was born in 1972 and lives in Newry
(Northern Ireland, United Kingdom).

Mr Gaughran was arrested in October 2008 for driving with excess alcohol (an offence punishable by
imprisonment, known as a “recordable offence”). He was taken to the police station where he
provided a breath sample, which came up positive. The police also took his photograph, fingerprints
and a DNA sample. He later pleaded guilty, was given a fine and banned from driving for 12 months.
His conviction was spent in 2013.

His DNA sample was destroyed in 2015 at his request. The Police Service of Northern Ireland (“the
PSNI”) continues to retain on an indefinite basis the DNA profile (digital data) extracted from his
DNA sample, his fingerprints and photograph.

He unsuccessfully challenged the PSNI’s continued retention of his data in the domestic courts.

The Court found that the retention of the applicant’s DNA profile, fingerprints and photograph
amounted to an interference with his private life which had pursued the legitimate purpose of the
detection, and therefore, prevention of crime.

It emphasised the importance of examining privacy rights where the powers vested in the State
were obscure and where the technology available was continually becoming more sophisticated. For
example, the technology regarding photographs and facial mapping had already moved on since the
case had been examined by the domestic courts.

It went on to examine whether the interference in the applicant’s privacy rights had been justified,
reiterating that the national authorities had to be given leeway (“margin of appreciation”) when
making that assessment. A strong consensus in the member States’ approach to retaining data of
those convicted of an offence would narrow that margin of appreciation.

The Court considered that the majority of member States had regimes which put a time-limit on
retaining the biometric data, that is, fingerprints and DNA profiles, of convicted persons. The UK was
one of the few Council of Europe jurisdictions to permit indefinite retention of DNA profiles.

The margin of appreciation, in particular in respect of DNA profiles, had therefore been narrowed.
The Court underlined though that the duration of the retention was not conclusive in assessing
whether a State had overstepped the acceptable margin of appreciation in establishing its retention
regime. There was not the same risk of stigmatisation in retaining the data as in S. and Marper v. the UK, which had concerned individuals suspected of offences but not convicted.
What was decisive was the existence and functioning of safeguards. Having chosen to allocate itself
the most extensive power of indefinite retention, the State had put itself at the limit of the margin of
appreciation. So, it had to ensure that certain safeguards were present and effective for the
applicant.

However, the applicant’s biometric data and photographs had been retained without reference to
the seriousness of his offence and without regard to any continuing need to retain that data
indefinitely. Moreover, the police in Northern Ireland were only empowered to delete biometric
data and photographs in exceptional circumstances. Therefore the applicant could not request a
review of the retention of his data, as there was no provision permitting deletion if conserving the
data no longer appeared necessary in view of the nature of his offence, his age, or the time that had
elapsed and his current personality.

The Court found that the nature of those powers failed to strike a fair balance between the
competing public and private interests.

The respondent State had therefore overstepped the acceptable margin of appreciation and the
retention at issue constituted a disproportionate interference with the applicant’s right to respect
for private life, which could not be regarded as necessary in a democratic society.

There had accordingly been a violation of Article 8 of the Convention.

The Court held that the finding of a violation was in itself sufficient just satisfaction for any
non-pecuniary damage sustained.