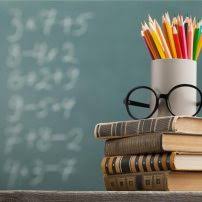 Failure to provide of statutory specialised learning support to an autistic child in the first two years of primary school violated her right to education.

The case concerned the inability for a young girl suffering from nonverbal autism (G.L.) to receive
specialised learning support during her first two years of primary education (between 2010 and
2012) even though the support was provided for by law. The Government relied, in particular, on a
lack of financial resources.

The Court found that G.L. had not been able to continue attending primary school in equivalent
conditions to those available to other children and that this difference was due to her disability.
The authorities had not sought to determine the young girl’s real needs and provide tailored support
in order to allow her to continue her primary education in conditions that would, as far as possible,
be equivalent to those in which other children attended the same school. In particular, the
authorities had never considered the possibility that a lack of resources could be compensated for
by a reduction in the overall educational provision, so that it would be distributed equally between
non-disabled and disabled pupils.

The Court further noted that the discrimination suffered by the young girl was all the more serious
as it had taken place in the context of primary education, which formed the foundation of child
education and social integration, giving children their first experience of living together in a
community

Article  2 of the First Additional Protocol

The applicant, G.L., is an Italian national who was born in 2004 and lives in Eboli (Italy).

From the time she started nursery school in 2007, G.L. received learning support for 24 hours a week
from a support teacher with specialised assistance, in accordance with Law no. 104 of 1992, in order
to improve her inclusion and socialisation – at school and in the classroom – and also her autonomy.
However, this specialised assistance was discontinued during her first year of primary school (2010-
2011), at the end of which she repeated her year. In August 2011 and January 2012, the girl’s
parents twice asked the Eboli municipality to ensure that their daughter would once again receive
the specialised assistance provided for by law, but the authority did not respond to their request.

In May 2012 the parents applied to the Administrative Court and requested that the authority be
ordered to pay compensation to their daughter for the failure to respect her right to receive the
special assistance provided for by law. Their request was rejected in November 2012. They appealed
against this judgment before the Consiglio di Stato, which dismissed their appeal in May 2015.

Article 14 (prohibition of discrimination) in conjunction with Article 2 of Protocol No. 1 (right
to education)

The Italian legal system guaranteed the right to education for children with disabilities in the form of
inclusive education in mainstream schools. In Italy, all children were enrolled in one type of school
for the entire duration of compulsory education: children with disabilities were integrated into the
ordinary classes of the State school, and the State had established psycho-pedagogical services to
ensure the presence in these classes of a “support teacher”, who coordinated the work of assistants,
working with the class teacher and sharing responsibility for the class. In the present case, however,
G.L. complained that for two school years she had not received the specialised assistance provided
for by law.

As regards the authorities’ refusal to provide G.L. with specialised assistance between 2010 and
2012, the Government had submitted that the authorities did not have sufficient financial resources;
they had also stated that the school administration had set up, at its own expense, specialised
assistance provided by school employees. According to the information in the file, the school hadspent 476.56 euros on the services provided by six people during one school year.

The Court took the view that G.L. had not been able to continue attending primary school in
conditions equivalent to those enjoyed by non-disabled students and that this difference in
treatment was due to her disability. Thus, for two school years, apart from the private assistance
paid for by G.L.’s parents and a few interventions by school employees, about which the
Government did not provide any details, G.L. had not received the specialised assistance to which
she was entitled and which should have enabled her to benefit from the school’s educational and
social facilities in the same conditions as the other pupils.

As regards the proceedings before the administrative courts, those courts had taken the view that
the lack of financial resources had explained the failure to provide specialised assistance, without
investigating whether the authorities had struck a fair balance between G.L.’s educational needs and
the school administration’s limited capacity to meet them, or whether G.L.’s allegations of
discrimination were well-founded. In particular, they had not enquired as to whether the budgetary
restrictions relied on by the authorities had had the same impact on the provision of education for
non-disabled and disabled children alike. At no time had the national authorities considered the
possibility that the lack of resources or the exceptional need to give priority to the care of persons
suffering from a serious condition might be compensated for, not by reasonable adaptations to
ensure equal opportunities for children with disabilities, but by a reduction in the overall educational
provision so that it was distributed equally between non-disabled and disabled pupils, as the Court
of Cassation had already emphasised in its judgments.

The Court found that, taking into account the model of inclusive education adopted in Italy, where
all pupils were enrolled in the same classes, and the case-law of the Court of Cassation, any
budgetary restrictions had to have an equivalent impact on the provision of education for disabled
and non-disabled pupils alike. It also reiterated that, under Article 15 of the Revised European Social
Charter, States were required to “to promote [the] full social integration and participation in the life
of the community [of persons with disabilities] in particular through measures, including technical
aids, aiming to overcome barriers to communication and mobility”. Thus G.L. should have benefited
from specialised assistance to promote her autonomy and personal communication and to improve
her learning, her interaction with others and her integration at school, in order to avoid the risk of
being marginalised.

In conclusion, the authorities had not sought to determine the young girl’s real needs and provide
support tailored to them in order to allow her to continue her primary education in conditions that
would, as far as possible, be equivalent to those in which other children attended the same school,
without imposing a disproportionate or undue burden on the school administration. The
discrimination sustained by the young girl was all the more serious as it had taken place in the
context of primary education, which formed the foundation of child education and social integration,
giving children their first experience of living together in a community, and which was compulsory in
most countries. The Government had not therefore shown that the national authorities had reacted
with the requisite diligence to secure to G.L. the enjoyment of her right to education on an equal
footing with the other pupils, such as to strike a fair balance between the competing interests at
stake. There had thus been a violation of Article 14 in conjunction with Article 2 of Protocol No. 1.

Judge Woktyczek expressed a separate opinion which is annexed to the judgment.