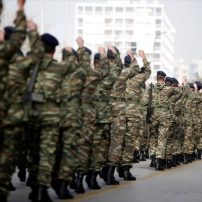 Denying the request for conscientious objection to a claimant who did not provide sufficient evidence was in accordance with the ECHR.

The case concerned the procedure in Russia for examining requests to replace compulsory military
service with its civilian alternative. The applicant in the case, a recent graduate, complained that the
authorities had refused his request because they found that he was not a genuine pacifist.

The Court could see no reason to doubt the authorities’ assessment of the seriousness of the
applicant’s convictions. Indeed, he had not provided sufficient evidence, only submitting a
curriculum vitae and a letter of recommendation from his employer, to prove that his opposition to
serving in the army was motivated by a serious and insurmountable conflict with his convictions.

Overall, the Court found that the framework in Russia for deciding on cases concerning opposition to
military service, involving a military commission and the possibility for judicial review, was
appropriate. The military commissions satisfied the prima facie requirement of independence, while
the courts had wide powers to then review a case if there were any procedural defects at the
commission level.

The applicant, Maksim Andreyevich Dyagilev, is a Russian national who was born in 1990 and lives in
St Petersburg (Russia).

When Mr Dyagilev graduated from university in 2014, he became liable to be called up for military
service and applied to the local military commissariat requesting to be assigned to civilian service
instead.

However, a military recruitment commission dismissed his application, finding that the information
he had submitted, namely his curriculum vitae and a letter of recommendation from his employer,
did not persuade them that he was a genuine pacifist.

He challenged the dismissal in the national courts, submitting his CV and the letter of
recommendation again. The courts examined his application in 2015, but found that Mr Dyagilev had
failed to prove that there was a serious and insurmountable conflict between the obligation to serve
in the army and his convictions.

The Court reiterated that opposition to military service, when motivated by a serious and
insurmountable conflict with a person’s conscience or deeply and genuinely held religious or other
beliefs, attracted the guarantees of Article 9 of the Convention. States were however allowed to
establish procedures to assess the seriousness of an individual’s beliefs so as to prevent the
possibility of exemption being abused. Such procedures had to be effective and accessible.

The Court found that the Russian authorities had established an effective and accessible procedure
for determining whether an individual was entitled to conscientious objector status. The mechanism
in place provided wide scope for an examination of individual circumstances and encompassed
sufficient guarantees for a fair procedure as required by international standards and the European
Court’s case law.

In particular, the majority of a recruitment commission’s seven members were officials from public
bodies, who were structurally independent from the military authorities. The other three members
were from the Ministry of Defence. That composition therefore satisfied the prima facie
requirement of independence. Nothing suggested either that the members obtained any payments
or incentives from the military authorities, they were employed by their own State agencies and did
not receive any instructions from the Ministry of Defence.

Furthermore, any procedural defects at the commission level could be remedied during the judicial
proceedings, given the courts’ wide powers to review a case.

As concerned the specific circumstances of the applicant’s case, the Court noted that the military
commission deciding on his request had consisted of seven members, four of whom, including the
president, had been structurally independent from the Ministry of Defence. It was therefore
satisfied that the composition of the commission had provided the applicant with the requisite
guarantees of independence.

Moreover, the domestic courts had examined the applicant’s request anew, giving him the
opportunity to provide evidence of his beliefs, such as witness testimony. However, he had not used
that possibility, and simply submitted his CV and the letter of recommendation again. Neither party had argued that the proceedings had been unfair; nor did the Court see any reason to doubt the domestic authorities’ assessment of the seriousness of the applicant’s convictions.

The Court therefore accepted that the applicant had failed to substantiate a serious and
insurmountable conflict between the obligation to serve in the army and his convictions.

There had accordingly been no violation of Article 9.

Judge Serghides expressed a concurring opinion, while Judges Pinto de Albuquerque, Keller and
Schembri Orland each expressed a dissenting opinion. These opinions are annexed to the judgment.