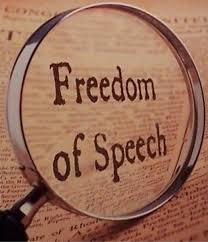 The case concerned the conviction for defamation of two applicants, a journalist and a publishing
director, following the publication of an article concerning the murder of the journalist Walter
Tobagi in 1980 by a terrorist group close to the Red Brigades.

With regard to news reporting based on interviews, the Court reiterated its previous finding that a
distinction had to be made between the journalist’s own statements and those made by third parties
and quoted in an article or report. In the present case the Court held that the domestic courts had
not differentiated between the statements made by the first applicant and those made by D.C., who
was quoted in the article.

The Court also noted that the applicants had produced a very large number of documents and
substantial factual evidence enabling the version of facts presented in the article to be regarded as
credible and as having a sound factual basis. It was also to be noted that the contested statements
concerned events dating back to the end of 1979 and that the article had been published 25 years
later, in 2004.

In conclusion, the Court held that the national courts, in finding that D.C.’s remarks had been
untruthful and contrary to “the truth as established by the courts at final instance”, had not given
relevant and sufficient reasons for discounting the information provided by the applicants.

The applicants, Mr Renzo Magosso and Mr Umberto Brindani, are two Italian nationals who were
born in 1947 and 1958 respectively and live in Milan. The first applicant was a journalist with the
weekly magazine Gente, while the second was its publishing director.

On 28 May 1980 the journalist Walter Tobagi was killed by a group of left-wing extremists known as
the “28th of March Brigade”. The group’s leader was arrested in late September 1980. He decided to
cooperate with the investigation and made a confession. In June 1983 Bettino Craxi, the then Prime
Minister, stated publicly that a few months before Mr Tobagi’s death the carabinieri had received
information concerning a planned terrorist operation targeting the journalist.

On 17 June 2004 Mr Magosso wrote an article entitled “Tobagi could have been saved”, in which he
reported on the statements made by D.C., a former brigadier with the anti-terrorist branch of the
Milan carabinieri, who said that a few months before the killing he had received information from an
informant concerning a possible planned attack on Mr Tobagi. Mr Magosso also quoted another former carabinieri officer, General N.B., as saying that he had been excluded from the investigative
activities of the Milan carabinieri.

Following a complaint lodged by some individuals named in the article, Mr Magosso and Mr Brindani
were committed for trial in the Monza District Court on charges of defamation through the medium
of the press. The former brigadier D.C. was prosecuted in separate proceedings and convicted at first
instance. On 20 September 2007 the District Court found the applicants guilty of defamation and
sentenced them to fines of 1,000 euros (EUR) and EUR 300 respectively. The court ordered the
applicants jointly to pay the costs of the proceedings and made an order for publication of an extract
from the judgment in the magazine Gente and in the daily newspaper Corriere della Sera. The
applicants were also ordered to pay EUR 120,000 and EUR 90,000 for non-pecuniary damage to the
two people referred to in the article and EUR 20,000 to cover their procedural costs. The applicants
appealed and requested that their case be joined to the proceedings against D.C. The Court of
Appeal dismissed the appeals by the applicants and D.C. and upheld the first-instance decision. The
applicants lodged an appeal on points of law. The Court of Cassation dismissed the appeal, upheld
the order for the applicants to pay an interim amount of EUR 120,000 and ordered them, jointly with
D.C., to pay EUR 7,000 to the civil parties for costs and expenses.

The Court noted that the events described in the contested article concerned a matter of public
interest and had contributed to public debate, particularly with regard to disputed events in recent
Italian history, namely the murder of a journalist by a terrorist group and the influence of the P2
masonic lodge on the Italian institutions during the “years of lead” (“anni di piombo”). The Court
found, however, that the national courts had not taken account of this circumstance and that, on the
contrary, they had stressed the “sensational” aspect of the article in question.

With regard to news reporting based on interviews, the Court reiterated that a distinction had to be
made according to whether disputed statements had been made by journalists themselves or were a
quotation of others. The Court considered that the national courts had not differentiated between
the statements made by the first applicant and those by D.C. The second applicant had been held
liable for omission, for failing to conduct a prior check of potentially defamatory statements.

Firstly, while the Court, like the national courts, accepted that the allegations contained in the article
were such as to harm the reputation of the civil parties, it noted that the contested statements had
not been made by the first or the second applicant themselves, but by D.C. In that connection, in so
far as the applicants’ conviction had pursued the protection of the civil parties’ legitimate interests
against the defamatory statements made by D.C., this interest had already been largely preserved by
the defamation proceedings brought against D.C., which had, moreover, resulted in his conviction.
Secondly, the Court reiterated that where journalists reproduced statements made by third parties,
it was first necessary to establish whether they had acted in good faith and had complied with the
obligation to verify the facts, relying on a sufficiently accurate and reliable basis that was
proportionate to the nature and degree of the allegations.

The Court noted that the applicants had produced a very large number of documents and substantial
factual evidence enabling the article’s version of facts to be considered as credible and as having a
sound factual basis. The Court also noted that, with the passage of time, it was more difficult to
prove the facts on which the statements had been based and the harm to the allegedly defamed
persons was likely to disappear. In the present case the contested statements concerned events
dating back to the end of 1979 and the article had been published 25 years later, in 2004.

In conclusion, the Court found that the national courts, in holding that D.C.’s remarks had been
untruthful and contrary to “the truth as established by the courts at final instance”, had not given
relevant and sufficient reasons for discounting the information provided by the applicants and the
checks carried out in the course of a serious and substantiated investigation.

The applicants had been convicted of defamation and had each been ordered to pay a criminal fine,
which meant that the measure was very serious. A criminal sanction was one which, as such, was
likely to have a chilling effect on the exercise of freedom of expression. The courts had ordered the
two applicants and D.C. to pay the civil parties an interim amount of EUR 120,000 in respect of
damages and EUR 33,500 for costs and expenses incurred at three levels of jurisdiction, and had
referred the case back to the civil court to determine the exact extent of the non-pecuniary damage
sustained by the civil parties.

The Court concluded that the applicants’ conviction had amounted to a disproportionate
interference with their right to freedom of expression, which had not been “necessary in a
democratic society” for the purposes of Article 10 of the Convention.

The Court held that Italy was to pay each of the applicants 15,000 euros (EUR) in respect of
non-pecuniary damage, and EUR 3,500 jointly in respect of costs and expenses.