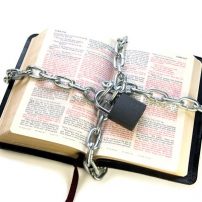 The case concerned a conviction for unlawful exercise of pastoral duties.

State measures in favour of the leader of a divided religious community or geared to forcing that
community to combine under a single leader amounted to an infringement of freedom of religion. In
a democratic society the State should not adopt measures to ensure that religious communities are
placed or remain under the responsibility of a single authority

The applicants, Mr Bela Tothpal and Mr Csongor Szabo, are Romanian nationals who were born in
1966 and 1971 and live in Arad and Gherla, respectively.

The case concerns their conviction for unlawfully exercising pastoral duties.

Mr Tothpal was the pastor of the Lutheran evangelical community of the town of Arad. Following
disciplinary proceedings, the Lutheran Church dismissed him and appointed a new pastor. Mr
Tothpal continued to conduct services in the presence of some of the members of the community.

On 3 March 2010 the Lutheran Church and the parish, represented by the new pastor, lodged a
criminal complaint against Mr Tothpal for the unlawful exercise of pastoral duties. The public
prosecutor’s office gave a discontinuance decision, but nonetheless noted that pastoral duties could
only be performed with the agreement of the relevant religious organisations, and that in the instant
case that agreement had been withdrawn from Mr Tothpal.

It consequently gave him an administrative fine of 1,000 Romanian lei (RON – some 235 euros (EUR)). The complainants challenged that order, whereupon the Arad Court of First Instance imposed a criminal fine of 4,000
RON (some EUR 900) on Mr Tothpal. The court of appeal upheld that judgment on the grounds that
Mr Tothpal had conducted specific Lutheran religious ceremonies despite the legal obstacle erected
by his dismissal to his continued work as a minister in the Arad Lutheran parish.

In 1995 Mr Szabo was appointed as a pastor in the village of Băiţa. In 2008, following a dispute, the
Reformed Church terminated his contract of employment, dismissed him from the ministry and
banned him from conducting religious services. A new minister was appointed to the parish.

In February 2009 the Reformed Church lodged a criminal complaint against Mr Szabo for unlawful
exercise of pastoral duties. The public prosecutor’s office dismissed the complaint, noting that the
Băiţa Reformed community had been split since 2008, and that some of the congregation had
deliberately followed Mr Szabo and attended his religious meetings, which differed from the usual
Reformed Church service. The Reformed Church appealed.

The Gherla Court of First Instance convicted Mr Szabo of unlawfully exercising pastoral duties. It
found that he had acted in a manner incompatible with Christian teachings and had fomented
controversy within the Băiţa Reformed community. The court sentenced him to an immediate twomonth custodial sentence on the grounds that only imprisonment could induce him to think about his conduct and mend his ways by fasting and praying for at least 40 days, after which he could be released on licence. Mr Szabo appealed, and the Cluj Court of Appeal ruled that having regard to the rifts in the Băiţa Reformed community, imprisoning Mr Szabo would be liable to exacerbate the conflict.

The Court noted that the two applicants had been convicted of having illicitly exercised pastoral
duties. The Court accepted that the interference, as prescribed by law, had pursued the legitimate
aim of protecting the rights of the churches in question and their congregations.

The impugned acts forming the basis of the applicants’ convictions had fallen within the ambit of
religious affairs. Mr Tothpal and Mr Szabo had been accused of conducting religious services and
celebrating weddings, christenings and funeral services after having been officially dismissed from
their pastoral duties. However, they had not been accused of having conducted acts liable to
produce legal effects.

The applicants had consistently asserted that they had acted with the support of sections of their
respective communities. The Court reiterated that it had previously found that punishing a person
for merely acting as the religious leader of a group that willingly followed him was incompatible with
the demands of religious pluralism in a democratic society.

The Court observed that even if the alleged facts had resulted from the splits in their respective
communities, it had not been established that the said splits had caused tension or confrontations
requiring intervention by the State authorities.

In the present case, the Romanian judicial authorities had placed sections of the religious
communities of the towns of Arad and Băiţa under the authority of the Lutheran and Reformed
Churches, preventing any members of those communities who so wished from attending religious
services conducted by the applicants.

Therefore, the Court considered that the applicants’ convictions had not been justified by a
“pressing social need” and that the interference in their right, in community with others and in
public, to manifest their religion in worship and teaching, had not been “necessary in a democratic
society”(echrcaselaw.com editing).