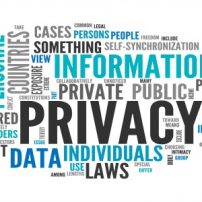 Permanent video surveillance of prisoners in their cells. Violation of their privacy.

Permanent video surveillance of prisoners in their cells with closed camera circuits. The Court found in particular that the internal legal framework on permanent video surveillance was not sufficiently clear, precise and detailed to provide adequate protection against arbitrary interference by the public authorities. Infringement of the right to respect for privacy (Article 8) and Article 13 (right to an effective remedy) in conjunction with Article 8 of the ECHR.

The applicants, Igor Yevgenyevich Gorlov, Denis Viktorovich Vakhmistrov and Viktor Valeryevich
Sablin, are Russian nationals who were born in 1965, 1977 and 1976 respectively. The first two
applicants are currently serving sentences in penal institutions in the Krasnoyarsk Region (Russia).
The third applicant lives in Shilka in the Zabaykalskiy Region (Russia).

After being convicted of several offences, Mr Gorlov was placed in UP-288/T prison in Minusinsk,
where he remains to date. His cell is under constant surveillance by prison guards, including female
guards, by a closed-circuit television camera (“CCTV camera”) installed inside. In the cells in which he
has been kept there was a CCTV camera installed above the door, at ceiling level, in such a manner
that the entire cell was clearly visible, including the bed. The toilet was located directly below the
CCTV camera and was almost entirely hidden from the camera’s view by a shield.

Between May 2007 and May 2010 Mr Vakhmistrov also served a sentence in UP-288/T prison.
According to him, during his detention in that facility he was unable to take walks and undertake
outdoor exercise in wintertime because he was not provided with winter boots of a suitable size,
despite numerous requests to that effect. After he had been transferred to the penal institution IK-5
in Krasnoyarsk, his cell was under constant surveillance by prison guards by a CCTV camera installed
inside the cell. The prison guard who monitored his cell was a woman.

Whilst serving a prison sentence in the Zabaykalskiy Region, Mr Sablin was transferred to a pre-trial
detention centre in the same region and placed in a cell, where he remained until February 2014.
According to him, the cell was designed for two inmates, but most of the time he was there alone.
The cell was under permanent surveillance by a CCTV camera operated by female guards. It was installed above the entrance door, in such a manner that the entire cell was clearly visible, including parts of the bed. The toilet was separated by a partition at each side, but had no cover, with the result that the upper part of the cubicle was visible.

On an unspecified date Mr Sablin lodged a complaint with the District Court, arguing that permanent
video surveillance of his cell by female operators was humiliating as, in particular, he had to undress
in plain view which breached his rights. However, in July 2013 the District Court dismissed his
complaint, stating in particular that the situation had not debased Mr Sablin’s dignity, as the female
officers had acted within their competence and in the performance of their professional duties.
In September 2013 the Regional Court upheld the first-instance judgment on appeal.

The Court pointed out that it was not in dispute between the parties that the permanent CCTV
monitoring of detainees in their cells had constituted an interference with the applicants’ right to
respect for their private life. Such interference would breach Article 8 unless it had been “in
accordance with the law” within the meaning of Article 8 § 2. The law had thus to be adequately
accessible and foreseeable, that is, formulated with sufficient precision to enable an individual to
regulate his or her conduct.

In the present case the Government had relied on different legislative provisions and executive
orders. After examining them the Court found, however, that the relevant legislative provisions set
forth a general rule enabling the administrations of penal institutions and pre-trial detention centres
to have recourse to video surveillance, whereas the executive order did no more than reproducing
those provisions but not elaborating them. In particular, it was not specified, for example, whether
both the common parts and residential areas should be subject to surveillance; at which time of the
day it should be operational; its conditions and length; the applicable procedures, and so on.

Whilst the Court accepted that the measure in question had had some basis in national law, it was
not convinced that the existing legal framework was compatible with the “quality of law”
requirement. In fact, the national legal framework had vested the administrations of pre-trial and
penal institutions with unrestricted power to place every individual in pre-trial or post-conviction
detention under permanent video surveillance, unconditionally, in any area of the institution,
including cells, for an indefinite period of time with no periodic reviews. As it stood, the national law
offered virtually no safeguards against abuse by State officials.
Although the Court could accept that it might be necessary to monitor certain areas of penal
institutions, or certain detainees on a permanent basis, it found that the existing legal framework in
Russia could not be regarded as being sufficiently clear, precise and detailed to afford appropriate
protection against arbitrary interference by the authorities with the right to respect for private life. It
therefore concluded that the measure had not been “in accordance with the law” as required by
Article 8 § 2. Accordingly, there had been a violation of Article 8.

Article 13 in conjunction with Article 8

The Court noted that the relevant court decisions had revealed that the national courts, including
those of the highest level – the Constitutional Court and Supreme Court of Russia – generally
considered permanent video surveillance to be a necessary element of punishment in the form of
imprisonment, as well as part of the mechanism which ensured the personal safety of detainees and
staff of the relevant institutions, performance by detainees of their duties and observance of the
detention regime. It was thus clear that the domestic law had not presupposed any balancing
exercise or enabled an individual to obtain a judicial review of the proportionality of his or her
placement under video surveillance with the interests in securing his or her privacy.

However, the thrust of the applicants’ complaint was the absence of any meaningful avenues of
redress at national level in their particular situation, that is, their being placed under permanent
video surveillance, which had adversely affected their privacy. Hence, the Court found that Mr
Vakhmistrov and Mr Sablin had not had at their disposal an effective domestic remedy for their
complaint under Article 8, in breach of Article 13.

In the light of all the material in its possession, the Court could not conclude that Mr Vakhmistrov
had made a prima facie case as regards the alleged failure of the prison administration to provide
him with suitable winter footwear. Thus, this part of the application was manifestly ill-founded and
had to be rejected as inadmissible.

The Court held that Russia was to pay the second and third applicants 1,800 and 2,000 euros (EUR)
in respect of costs and expenses. It further held that the finding of a violation constituted in itself
sufficient just satisfaction for the non-pecuniary damage sustained by the applicants.

Judge Keller expressed a partly dissenting opinion, joined by Judge De Gaetano. This opinion is
annexed to the judgment(echrcaselaw.com).