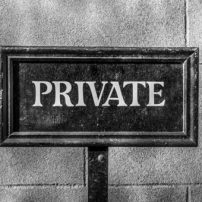 The conviction of the applicant as a result of his refusal to undergo genetic tests, the result of which would be enshrined in the national database, constituted a disproportionate violation of the right to respect for his private life and could therefore not be considered necessary in a democratic society. There has been a violation of Article 8 of the Convention.

The applicant, Jean-Michel Aycaguer, is a French national who was born in 1959 and lives in Ossès (France).

On 17 January 2008 Mr Aycaguer took part in a protest organised by an agricultural trade union and a mutual-based land alliance on the occasion of a professional meeting in the département of Pyrénées-Atlantiques. This event was held in a tense political and trade-union context. At the end of the meeting scuffles broke out between the demonstrators and the gendarmerie.

Mr Aycaguer was placed in police custody and brought before the Bayonne Criminal Court, charged with intentional violence not entailing total unfitness for work against a public servant person and using or threatening to use a weapon, in this instance an umbrella. Mr Aycaguer was sentenced to two months’ imprisonment, suspended.

On 24 December 2008, following a request from the prosecutor’s office, Mr Aycaguer was ordered to undergo biological testing, on the basis of Articles 706-55 and 706-56 of the Code of Criminal Procedure. On 19 May 2009 he was summoned to appear before the criminal court for failing to provide a biological sample and on 27 October 2009 the Bayonne tribunal de grande instance ordered him to pay a fine of 500 euros. The Pau Court of Appeal upheld that judgment. Mr Aycaguer lodged an appeal on points of law, which was dismissed.

The Court pointed out that the mere fact of storing data on a person’s private life amounted to an interference within the meaning of Article 8. DNA profiles contained a huge amount of unique personal data.

From the outset the Court specified that it was fully aware that in order to discharge their duty to protection of the public, the national authorities had to maintain databases which very effectively helped to suppress and prevent specific offences, and in particular sex offences, which was why the FNAEG had been set up.

The Court noted that Mr Aycaguer had not so far been included in the FNAEG because he had refused to undergo biological testing as required by law and that he had been convicted on that basis.

Although the interference was prescribed by French law and pursued a legitimate aim, it should be noted that pursuant to Article R. 53-14 of the Code of Criminal Procedure, the duration of storage of DNA could not exceed forty years in the case of persons convicted of offences which the Government considered to display “a specific degree of seriousness”. The Court noted that those “forty years” in principle constituted a maximum period which should have been adjusted by a separate decree. Since no such decree was ever issued, the forty-year period is, in practice, treated as equivalent to a norm rather than a maximum.

The Court went on to observe that on 16 September 2010 the Constitutional Council issued a decision to the effect that the provisions relating to the impugned computer file were in conformity with the Constitution, subject inter alia to “determining the duration of storage of such personal data depending on the purpose of the file stored and the nature and/or seriousness of the offences in question”. The Court noted that, to date, appropriate action had been taken on that reservation. It observed that no differentiation was currently provided for depending on the nature and/or seriousness of the offence committed, despite the major disparity in the situations potentially arising, as witness the case of Mr Aycaguer. The latter’s actions had occurred in a political and tradeunion context and merely concerned hitting unidentified gendarmes with an umbrella. Such offences were very different from other very serious offences such as sex offences, terrorism, crimes against humanity or trafficking in human beings.

The Court further considered that, owing to its duration and the lack of a possibility of deletion, the current regulations on the storage of DNA profiles in the FNAEG did not provide the data subject with sufficient protection and therefore did not strike a fair balance between the competing public and private interests.

Lastly, the Court found that the respondent State overstepped its margin of appreciation in this sphere. Mr Aycaguer’s conviction for having refused to undergo biological testing the result of which was to be included in the FNAEG amounted to a disproportionate infringement of his right to respect for private life, and therefore could not be deemed necessary in a democratic society.

There had therefore been a violation of Article 8 of the Convention.

The Court held that France was to pay the applicant 3,000 euros (EUR) in respect of non-pecuniary damage and EUR 3, 000 in respect of costs and expenses.