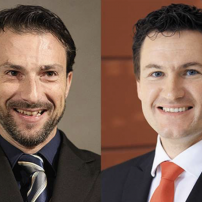 The right to an effective legal remedy and the right to access court, guaranteed by Articles 13 and 6 of the European Convention on Human Rights, require that the law is clear on which legal remedy is available in a certain situation, and what is the procedure to invoke it. In this blog post, we present a case currently pending at the European Court of Human Rights (ECHR). The ECHR will consider whether the applicant’s rights were violated because he had no way of knowing what was a proper legal remedy in his situation.

The rules on legal remedies should be clear and easily understandable

Similarly, international tribunals, including the ECHR, expect that applicants have exhausted all available domestic remedies. The right to an effective legal remedy (Article 13) and the right of access to court (Article 6) require that the law is clear on which legal remedy is available, what is the procedure to invoke it, and authorities need to make this information easily accessible for applicants. If it is unclear what is the correct legal remedy, or if people do not have information on the proper legal remedy, their rights under Articles 6 and 13 might be violated.

European states’ practices differ. Some judiciaries have straightforward and easy-to-understand systems of legal remedies, while others do not. Plaintiffs and lawyers usually rely on legislation or case-law to know which remedies to use, what are the deadlines for filing appeals and where to send them. In many European democracies, courts include this information in judgments (an individualised “notice of legal remedies” or a “remedy notice”) or judges give this information to the parties orally in the court.

Second-tier courts do not inform the parties about legal remedies

In Minis v Slovenia, the applicant appealed against the Ljubljana Local Court judgment. The Ljubljana Higher Court, which is the second-tier court, rejected the appeal as unfounded. The judgment of the Local Court contained a notice of legal remedies, but the Higher Court’s judgment did not. While first-level courts’ judgments always include instructions on available legal remedies (a “notice of legal remedies”) and the deadlines to invoke them, second-tier courts do not, or state that “no legal remedy is possible.”

The applicant relied on its lawyers’ understanding of the legislation that, before they submit a Constitutional Court appeal, they must exhaust legal remedies at Supreme Court level. The applicant’s and its lawyers’ understanding was in line with a commonsense understanding of the law, and with the interpretation of most lawyers, law professors, and others who read law. It was also in line with general teachings and textbooks regularly used at the law faculties. There was no reason for him to doubt what the lawyers said and he had no reason to look into the case-law for a different interpretation.

In this rare situation, however, the practice of the Constitutional Court is that it counts the 60-day deadline from the decision of the Higher Court and that filing a request for the protection of legality, which is the last legal remedy before the Constitutional Court appeal, does not count towards the deadline. The Constitutional Court, in its case-law, holds that the request for the protection of legality, when filed with the Supreme Court, is considered a “legal remedy”. However, when the request is filed with the Supreme Prosecutor’s Office, it is not considered a “legal remedy”. Numerous attorneys, including large attorney firms, have missed the 60-day deadline due to this misunderstanding (SCC Up-58/98, 5. 7.2000; Up-80/94, 23. 11.1995; Up-58/98, 5. 7. 2000; Up-748/04, 22. 3. 2005).

The applicant argues that by not giving any “notice on legal remedies” in the Higher Court’s judgment, and not making it clear in the legislation what is the correct legal remedy and the procedure to invoke it, Slovenia violated his rights to an effective legal remedy and access to court.

The applicant claims that when the legislation is unclear, or when a legal provision causes such problems in application or interpretation, the Higher Court should have included a proper notice of legal remedies in the judgment. Because Slovenia did not rectify the legislation to make it clear, and the courts did not give clear instructions to the parties, Slovenia violated their rights.

When the law seems clear at first, and most reasonable people interpret it the same way, it is unreasonable to expect that parties or applicants will examine case-law to find out whether the Constitutional Court might have interpreted it differently.

The Constitutional Court’s working policy helps the court to avoid dealing with constitutional complaints. It can quite hardly be seen as safeguarding the rule of law, legal transparency, making legal remedies effective and gaining the goal of effective legal protection of constitutional rights.

The authorities of any country should take measures to make the legal remedy system understandable for applicants. They should do this by either including notices of legal remedies in judgments, or by not rejecting constitutional appeals as strictly as they do. The applicant should have been given clear information on what is the correct legal remedy either in the judgment or in legislation.

The dismissal of the applicant’s constitutional appeal impaired the very essence of their right of appeal (see Osu v Italy, 11 July 2002, §35,; Vrbica v Croatia, §72 and Majski v Croatia (no. 2), §69.). Furthermore, the legal notice on the judgment of the second instance court did not warn the applicant of the Constitutional Court practice. In Majski v Croatia (no. 2), the ECHR found that such lack of clarity is not allowed (§69). Similar conclusions can be made by applying the principles put forth in Depauw v Belgium and Provide S.r.l. v Italy, §18.

The ECHR has underlined the importance of the right to obtain sufficient information to enable a person to gain effective access to the relevant procedures and to substantiate their complaints (Hirsi Jamaa v Italy, §204). For asylum seekers in particular, the ECHR has stressed the right to receive information about the procedures to be followed. For every other person too, however, “the lack of access to information concerning the procedures to be followed is clearly a major obstacle in accessing those procedures” (M.S.S. v Belgium and Greece, §§304–309. A “very ambiguous” law is not in line with the Convention.

When legislation is written in a way that most reasonable people interpret it the same way, it is unreasonable to expect that parties or applicants will search case-law to find out whether this interpretation is wrong. If numerous misinterpretations and wrongly submitted appeals show that it is hard to understand what is the correct legal path and deadline, authorities should take measures either to include proper notices of legal remedies in judgments, amend the legislation, inform lawyers and the public about it in some proactive way to avoid future misinterpretation, or interpret the legislation in favour of allowing appeals.

An interesting and useful article by the Law Professors in Slovenia, M.r Teršek and Mr.  Toplak, on an important issue which concerns European citizens as well as lawyers, regarding the right of the parties to obtain sufficient information from the courts on available legal remedies. An excellent approach to the fundamental rights of the effective legal protection and access to a court for their case-law development before the European Court of Human Rights. (Note by Vassilis Chirdaris echrcaselaw.com editor).