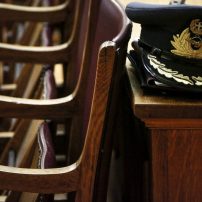 Conviction of defendant on the basis of pre-trial testimony of witnesses who failed to testify at the hearing. Infringement of a fair trial.

The applicant is a police officer. He was sentenced to 8 years in prison for drug trafficking. During the hearing, 3 key witnesses, who had testified beforehand for various reasons, did not testify. The domestic courts irrevocably convicted the applicant in the light of the pre-trial testimony and the absent witnesses, but failed to provide sufficient compensatory measures to counterbalance the absence of these key witnesses.

The Court recalled that an important element of a fair criminal trial is the ability of the accused to testify at the hearing.

In the present case, the ECtHR found that the authorities did not exercise due diligence in their efforts to secure the presence of witnesses, nor did they provide sufficient evidence to substantiate their absence in order to ensure a fair trial in criminal proceedings.

The ECtHR unanimously ruled that insufficient safeguards for a fair trial were not implemented. Violation of Article 6 § 1 and 3 (d) of the Convention.

The applicant, Mykhaylo Chernika, is a Ukrainian national who was born in 1974 and lives in Lutsk
(Ukraine).

The case concerned his complaint about the absence of prosecution witnesses at his trial on drugs
charges which had led to his conviction.

In December 2009 the applicant was convicted after a retrial of selling drugs which he had obtained
through his work as a police investigator, the drugs having earlier been seized in a case he had
worked on.

The court sentenced him to eight years’ imprisonment. It relied in particular on pre-trial statements
by three witnesses whom he had allegedly asked to sell the drugs for him and on the outcome of his
formal pre-trial confrontations with them.

The witnesses were called to testify at the retrial but two of them were too ill, while the other – who
had testified at his original trial – could not be located. The court also heard testimony from several
other witnesses, including police officers, and examined documents which showed he had had
possession of the drugs. His appeals against the verdict were rejected, with the Supreme Court
making the final decision on his case in March 2011.

Relying on Article 6 §§ 1 and 3 (d) (right to a fair trial and right to obtain attendance and examination
of witnesses), the applicant complained about the courts admitting the statements of the three
witnesses in evidence against him, despite the fact that one of them had only been examined during
the original trial and that two of them had not testified in court at all.

The Court has held that an important element of fair criminal proceedings is the possibility for the accused to be confronted with a witness in the presence of the judge who will ultimately decide the case. This principle of immediacy is an important guarantee in criminal proceedings in which the observations made by the court about the demeanour and credibility of a witness may have important consequences for the accused.

The Court will then examine whether there was a good reason for the witnesses’ absence at the retrial which led to the applicant’s conviction and whether, if the absent witness evidence carried the significant weight referred to above, appropriate safeguards were in place to ensure that, despite that absence, that court formation nevertheless had an adequate understanding of the absent witnesses’ evidence such that the fairness of proceedings was preserved.

The reason for N.Sh’s. absence was, apparently, the authorities’ failure to locate her. The appearance of V.G. and I.S. was prevented by their poor state of health .

Given the fragmentary nature of the information provided, the Court finds that the Government have not shown that the authorities displayed appropriate diligence in their efforts to ensure the witness’ presence, particularly N.Sh., and in putting in place appropriate safeguards to ensure the overall fairness of the proceedings, despite the absence of the three witnesses.

As far as N.Sh. is concerned, it appears that the authorities have been unable to locate her. However, even though in the course of the retrial a witness indicated that he knew where she worked, there is no indication that the authorities followed up on that information or attempted to find her . Accordingly, the Government have failed to show that there was a good reason for her absence from the retrial

As far as V.G. and I.S. are concerned, there is no reason to doubt that their state of health indeed prevented them from travelling the considerable distance to Lutsk, where the retrial was held (see paragraph 19 above). The Court notes, however, that no reason was given for their absence at the original trial

Furthermore, the Court finds that the Government have been unable to show, despite the centrality of the evidence provided by the absent witnesses, that adequate safeguards were in place to preserve the fairness of proceedings.

(i)  the opportunity, which the applicant enjoyed in the course of the domestic proceedings, to give his own version of the events in question and to cast doubt on the credibility of the absent witnesses and point out any incoherence in their statements;

However, the Government have failed to show that any such safeguards were in place other than the fact that the transcripts of those witnesses’ questioning in the course of the pre-trial investigation and (for N.Sh.) trial were available to the new trial judge. The Court considers that the Government have failed to demonstrate that that sole safeguard was sufficient under the circumstances.

In that respect the applicant’s case has to be distinguished from the case of Famulyak, which was characterised by the particular circumstances that are absent in the present case and where, most notably, the retrial judge did have an opportunity to examine the witness whose evidence was decisive for Mr Famulyak’s conviction even though the latter had not had an opportunity to cross-examine the witness in that judge’s presence.

There has, accordingly, been a violation of Article 6 §§ 1 and 3 (d) of the Convention.

Just satisfaction: The court held that the finding of a violation constituted in itself sufficient just
satisfaction for any non-pecuniary damage sustained by the applicant; it further awarded the
applicant EUR 1,500 for costs and expenses.