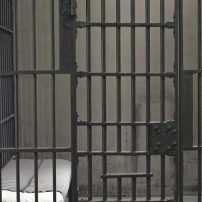 The case concerned the detention of a person suffering from psychiatric disorders. In today’s Chamber judgment
in the case of N. v. Romania (application no. 59152/08) the European Court of Human Rights held, unanimously, that there had been:
a violation of Article 5 § 1 (right to liberty and security) of the European Convention on Human
Rights; and a violation of Article 5 § 4 (right to speedy review of the lawfulness of detention).

The Court found in particular that, at least from 11 September 2007 (the date of the first review of
the lawfulness of the detention), there had been no legal basis or justification for N.’s detention,
since the national courts had not established that he posed a danger, as required by domestic law.
The Court also held that N.’s continued detention after 29 August 2016, when the County Court had
given a judgment stressing the need to end his stay in a psychiatric hospital, had been arbitrary,
since N. had in fact remained in the hospital pending the adoption of measures that were
appropriate to his needs. In the meantime, on 21 February 2007, the County Court had ordered his
release in conditions meeting his needs, but efforts to that end had thus far been to no avail. This
state of affairs was a reflection of current realities in Romania.

In addition, the Court found that the proceedings for the judicial review of N.’s continued detention
after 11 September 2007 had not afforded sufficient safeguards. Firstly, the intervals at which the
courts had assessed the need to continue the detention had not satisfied the requirement of
speediness. Secondly, N. had not had effective legal assistance during the proceedings for the review
of his detention; he had been represented by different lawyers in each set of proceedings and had
not had the opportunity to speak to them before the hearings.

Under Article 46 (binding force and execution of judgments), the Court held, firstly, that the
authorities should implement without delay the County Court’s judgment of 21 February 2017
ordering N.’s release in conditions meeting his needs; and secondly, that the deficiencies identified
in his case were likely to give rise to other well-founded applications. It therefore recommended that
the Romanian State envisage general measures to ensure that (1) the detention of individuals in
psychiatric hospitals was lawful, justified and not arbitrary; and (2) any individuals detained in such
institutions were entitled to take proceedings affording adequate safeguards with a view to securing
a speedy court decision on the lawfulness of their detention.

The applicant, N., is a Romanian national who was born in 1959. He is currently detained in Săpoca
Psychiatric Hospital (Romania).

In January 2001 the criminal investigation department instituted criminal proceedings against N. on
suspicion of incest and corruption of his two minor daughters: he was accused of having had sexual
intercourse with his elder daughter and having forced both his daughters to be present while he was
having sex with his wife. In April 2001 the public prosecutor’s office ordered his provisional
detention on the grounds that he constituted a particularly serious danger to society and was likely
to commit antisocial acts. N. was admitted to Bucharest Psychiatric Hospital. In the meantime, a
preliminary investigation had been opened into his alleged rape of his wife.

In February 2002 the public prosecutor’s office ordered the closure of the criminal proceedings
concerning the accusations of incest, as N.’s elder daughter had not confirmed that she had had
sexual intercourse with her father. It also concluded that N. had forced his daughters to be present
while he was having sex with his wife, but it decided to discontinue the investigation into corruption
of minors, finding that N. was suffering from a lack of insight. Lastly, it ruled that there was no case
to answer in respect of the rape allegation as his wife had not lodged a complaint.

In April 2002 the Bucharest District Court upheld the order for N.’s detention. N. did not attend the
hearing and was not represented. In October 2008 N. lodged an appeal, which was rejected as being
out of time. His subsequent appeals were likewise unsuccessful. After 2007, changes to the Code of
Criminal Procedure introduced automatic periodic review of detention orders. Between 2007 and
2017 N.’s detention was reviewed by the courts on several occasions, resulting in its continuation.
On each occasion, psychiatric assessments were carried out, concluding in particular that N. was
suffering from paranoid schizophrenia. In August 2016 the County Court held that in principle N.’s
detention in a psychiatric hospital should be discontinued, but he remained in the hospital. In
February 2017 the District Court ordered that N.’s detention was to be replaced by compulsory
treatment until his recovery, but efforts to secure his release were to no avail. As a result, he was
transferred to the wing for patients with chronic diseases in the hospital where he was already being
detained.

Article 5 § 1 (right to liberty and security)

The complaint concerning the detention ordered on 22 April 2002 was out of time and was rejected
for failure to observe the six-month time-limit. The Court therefore took 11 September 2007, the
date of the first review of the lawfulness of N.’s detention, as the starting-point for its examination.

The Court concluded that N.’s detention after 11 September 2007 had been in breach of domestic
law (Article 114 of the former Criminal Code and Article 110 of the new Criminal Code), which
provided that psychiatric detention could only be ordered where the individual represented a
danger to society. The District Court had nevertheless failed to establish that N. posed a danger to
himself or others on account of his psychiatric condition or for any other reason. Its decision had
been based on a mere reference to the criminal charges initially brought against N. by the public
prosecutor’s office (incest and corruption of minors) and to the findings of the medical report
produced in July 2007, the main thrust of which was that N. suffered from paranoid schizophrenia.
However, the charge of incest had been dismissed by the public prosecutor; the charge of corruption
of minors had subsequently given rise to a finding that there was no case to answer; and the District
Court had quite simply referred to the conclusions of the forensic medical report that had
recommended continuing the detention – an approach that had already been criticised by the Court
in several cases. In addition, neither the District Court nor the medical authorities had reported any
acts of violence on N.’s part during his detention. The subsequent reviews conducted by the District
Court had not clarified whether N. posed a potential danger, and his appeals had shed no further
light on this issue. Furthermore, neither the medical authorities nor the court itself had examined
whether alternative measures could have been applied. The Court therefore held that, at least since
2007, N.’s detention had had no legal basis and had not been justified.

The Court further held that N.’s continued detention after the County Court’s judgment of 29 August
2016 had been arbitrary. In the judgment the County Court had stressed the need to end N.’s
detention in a psychiatric hospital, but N. had remained in the hospital on a provisional basis
pending the adoption of measures meeting his needs. The judgment in question had, moreover, not
referred to any legal basis for ordering N.’s continued detention in the psychiatric hospital. After the
adoption of the final judgment of 21 February 2017 ordering N.’s release, neither the national
authorities nor the Government had made any reference to the applicable procedure whereby he
would first have had his needs assessed before being released or transferred to another centre
meeting his needs. The possibility of gradual or conditional release had not been mentioned either.

Lastly, the Court considered that the implementation of the above-mentioned decisions raised
additional issues under Article 5 § 1 of the Convention. Although the decisions drew on practices
commonly adopted at international level encouraging the treatment and care of people with
disabilities within the community where possible, in practice N. had not been released. In any event,
it did not appear that there had yet been any rigorous assessment of N.’s specific needs and of the
social welfare measures that would be appropriate. Furthermore, the efforts made by the national
authorities had proved to no avail on account of the lack of suitable institutions. This state of affairs
was a reflection of current realities in Romania.

Accordingly, the Court concluded that there had been a violation of Article 5 § 1 (e) of the
Convention, on account of N.’s continued detention after 2007 and its extension beyond 29 August
2016.

The Court observed that the proceedings for the judicial review of N.’s continued detention after
11 September 2007 had not afforded sufficient safeguards.

Firstly, the Court considered that the intervals at which the domestic courts had assessed the need
to continue N.’s detention had not satisfied the requirement of speediness: 15 months (February
2015 – May 2016), 16 months (October 2008 – February 2010), or three years and eight months
(April 2010 – December 2013).

Furthermore, the Court noted with concern the practice of retrospective examination of the need for continued detention on the basis of medical information obtained a long time in advance (for example, more than one, two or three years) which did not
necessarily reflect the detained person’s condition at the time of the decision. It found that such a
delay between the forensic medical examination and the subsequent decision was in itself capable
of running counter to the principle underlying Article 5 of the Convention, namely the protection of
individuals against arbitrariness as regards any measure depriving them of their liberty. Moreover,
by proceeding in this way, the courts had also failed to comply with the procedural rules laid down in
the domestic legislation concerning mandatory periodic review of the grounds for detention: the
time-limit of six months or, as from 1 February 2014, 12 months, set forth in the Code of Criminal
Procedure had not been observed. Lastly, in so far as these delays could be explained by the need to
obtain the requisite forensic medical reports, the court had not enquired about the progress of the
experts’ work; it had also had the option of fining experts who did not fulfil their requirement to
submit a report, but in practice it had not done so. The Court noted in addition that N. had not had
effective legal assistance during the proceedings for the review of the need for his detention; the
officially assigned lawyers had either argued in favour of his continued detention or had left the
matter to the discretion of the courts; N. had been represented by a different lawyer in each set of
proceedings; and he had not had the opportunity to speak to them before the hearings.

Accordingly, the Court held that there had been a violation of Article 5 § 4 of the Convention.

The Court considered that in order to redress the effects of the violation of N.’s rights, the
authorities should implement without delay the Buzău County Court’s final judgment of 21 February
2017 ordering his release in conditions meeting his needs.

The Court also observed that the deficiencies identified in the present case were likely to give rise to
other well-founded applications in the future. It therefore recommended that the Romanian State
envisage general measures to ensure that the detention of individuals in psychiatric hospitals was
lawful, justified and not arbitrary. Likewise, any individuals detained in such institutions had to be
entitled to take proceedings affording adequate safeguards with a view to securing a speedy court
decision on the lawfulness of their detention.

The Court rejected the other complaints raised by N. under Article 5 §§ 2 and 5 and Article 6 § 1 of
the Convention.

The Court held that Romania was to pay N. 30,000 euros (EUR) in respect of non-pecuniary damage
and EUR 8,060 in respect of costs and expenses(echrcaselaw.com editing).