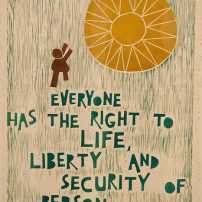 The necessary criteria for the lawfulness of involuntary hospitalization

Involuntary hospitalization of a person with schizophrenic personality disorder. It has not been proven by the national courts that the possibility of leaving the hospital would have aggravated his situation. National courts should independently check whether the applicant is at risk for third parties or for himself and not solely rely on the medical expertise. Violation of the right to freedom and security.

The applicant is a Russian national who was born in 1995 and lives in Moscow (Russia).

The applicant, who had already been diagnosed with schizotypal personality disorder and was being treated, was apprehended by the police on 24 April 2014 after allegedly harassing a teenager. He was taken to a police station and then by ambulance to a psychiatric hospital, where he was admitted involuntarily.

The initial examination at the hospital noted his being tense and asking for time to “spend with boys”. A further examination carried out a day later spoke of the applicant’s wish to have contact with boys, to look like a girl and to dye his hair to attract attention. It referred to his having been arrested on the street and that he had stalked a boy for months. The applicant demanded to be released from hospital on the same day so a panel of doctors examined him again.

The panel’s report referred to his desire to meet a particular boy, that he had travelled across the city to find him, that he wanted to be “treated gently, to be caressed” and that he visited women’s clothing stores. The panel concluded that he needed involuntary hospitalisation and the hospital applied for a court order on the grounds that the applicant was a danger to himself and others and that there was a risk his health would worsen if he was released.

A court granted the order in early May 2014, against the applicant’s objections. The court found that the medical evidence showed that the applicant was a danger to himself and others and that his mental state might worsen if he was released. He eventually left the hospital after about two weeks.

An appeal against the court order was rejected in July 2014.

The Court noted that three minimum criteria for justifying involuntary hospitalisation had been set out in the case of Winterwerp v. the Netherlands. It accepted that the medical professionals and courts had met the first criterion by establishing that the applicant had had a “true mental disorder”, that is schizotypal and organic delusional disorders. However, they had fallen short of the second standard of ensuring that the disorder had warranted compulsory confinement.
One of the grounds for finding the applicant was a danger to himself and others had been that he had “sexually harassed” a teenager. However, there had been hardly any evidence for such a conclusion.

The police document mentioning harassment had not said whether there had been any complaint of such an act and neither the ambulance report nor the doctors’ examination had given a detailed account of the incident. Moreover, certificates issued later by the police station had clearly stated that the applicant had not committed any offence. The courts should therefore have carried out an independent scrutiny of whether the applicant had presented a danger to others or himself rather than relying solely on the medical opinion.

The medical reports on the applicant, which included such descriptions as him being anxious, irritable and feeling low, also did not suggest that he had posed a danger, particularly in the absence of verbal or physical aggression. The Court highlighted the fact that the medical reports had dealt in detail with his desire to dress up as a girl and spend time with boys. While acknowledging that it was not its role to express an opinion on whether those aspects of the applicant’s life demonstrated the existence of any mental disorder, the Court stated that in any event they were no proof of his being dangerous to anyone.

Lastly, neither the medical evidence nor the court decisions had explained why the applicant’s release from hospital would have led to a worsening in his condition. The Court found a violation under Article 5 § 1 and saw no need to examine separately the complaint under Article 5 § 4.

The Court held that Russia was to pay the applicant 7,500 euros (EUR) in respect of non-pecuniary damage. The applicant, who had been granted legal aid, did not submit a claim for costs and expenses (echrcaselaw.com editing).