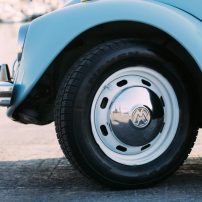 Serious injury from car accident. Research on accident conditions. Archiving the case after thorough proceedings and full examination and recording of the evidence did not violate the right to life of the applicant.

The applicant was involved in a road traffic accident when a moving car crashed  heavily into the back of his car shunting it, into the back of a parked  military lorry. He suffered serious injuries and needed repeated stays in the hospital.

During the criminal proceedings, thorough investigations were carried out, which the applicant had full access to, but did not result in any fault in one of the parties and the case was discotinued. The applicant’s appeal and constitutional challenge were both dismissed.

There is no violation of Article 13 (right to an effective remedy) because he was not deprived this right and, finally, that there is no violation of Article 3 (conduct of investigations by authorities) because the manner in which the investigations were carried out by the authorities was sufficient such his case did not concern a disappearance or any other exceptional circumstance.

The applicant, Nicolae Virgiliu Tănase, is a Romanian national who was born in 1943 and lives in
Ploiești (Romania).

On 3 December 2004 Mr Tănase, a judge at the time, had a road traffic accident. He alleged, among
other things, that a third party had crashed into the back of his car, shunting it into the back of a
parked military lorry.

He suffered serious internal injuries and fractures, requiring several operations, repeated stays in
hospital and between 200 to 250 days of medical care. According to expert reports in 2005 and 2007
the accident had endangered his life and caused him to suffer from post-traumatic stress.

Immediately after the accident the police opened a criminal investigation. They collected evidence,
including measurements and photographs from the scene of the accident and blood samples from
the three drivers involved. They also took statements from them and their passengers.

Mr Tănase joined the criminal proceedings as a civil party in June 2005. Over the next eight years,
there were three rounds of proceedings at two levels of jurisdiction. Investigators explored several
possibilities as to who had been at fault. Technical expert reports looked into whether Mr Tănase
had been driving too fast, whether the driver who had gone into the back of his car had been at a
safe distance and whether the military lorry had been parked correctly. Experts were also ordered to
establish whether Mr Tănase had been shunted into the parked lorry or whether he had first hit the
lorry and then his car had been hit by the other car.

Throughout the proceedings Mr Tănase repeatedly challenged the investigators and judges involved,
and requested further expert and technical reports.

Ultimately, no criminal proceedings were ever instituted against Mr Tănase. The authorities did
consider the possibility that he had been at least partly responsible for the accident, notably through
drink driving. His blood sample was the only one which showed positive for alcohol. However, the
investigation did not finally elucidate this question.

The authorities discontinued the criminal proceedings against the drivers of the other two vehicles.
It found that the lorry had been parked legally by its driver and therefore not all the elements of an
offence had been met. As for the driver of the car which had allegedly crashed into the back of the
applicant’s car, it could not be established whether it had been the impact of his car which had
caused the applicant’s injuries, the impact with the lorry, or a combination of the two. In any case,
the statue of limitations had taken effect in June 2012.

The courts dismissed both an appeal on points of law by the applicant and a constitutional challenge
in 2013.

First, the Court noted that Mr Tănase’s complaints were twofold, concerning on the one hand the
conduct of the criminal investigation and on the other his treatment by the authorities involved in
the investigation.

Even though Mr Tănase had essentially relied on Article 3, the Court found it appropriate to also
examine the case under Articles 2 (right to life) and 8 (right to respect for private and family life).
Applicability of Articles 2, 3 and 8 in the case of an accident causing severe injury

The applicant had never argued during the investigation that the other two drivers had intended to
hurt him, and there was no evidence to suggest that that had been the case. His suffering had been
the result of chance or negligence and could not be considered the consequence of “treatment” to
which he had been “subjected” within the meaning of Article 3. Indeed, there had been no intention
to harm, humiliate or debase him.

Nor had there been any intention to harm the applicant’s physical and psychological integrity, as
protected by Article 8. Furthermore, although he had engaged in an activity that took place in public
and involved a risk of serious personal harm, such risk was minimised by traffic regulations.
Consequently, the Court found that neither Article 3 nor Article 8 were applicable in the applicant’s
case and declared his complaints under those provisions related to the investigation inadmissible.
As concerns the applicability of Article 2, the Court noted, on the one hand, that a complaint in a
case involving a dangerous activity with a real and imminent risk to life could be examined under
that provision, even if there were no injuries. On the other hand, if it was not clear whether there
had been a real and imminent risk of death, the level of the injuries sustained took on greater
prominence. In such cases a complaint could only be examined under Article 2 where the level of the
injuries was such that the victim’s life had been put in serious danger.

The applicant’s injuries had been severe enough to pose a serious danger to his life and therefore
the Court considered that Article 2 was applicable. It decided that it would examine the part of his
complaint concerning the effectiveness of the investigation exclusively under Article 2.

Article 2 (effectiveness of the investigation)

The Court found that the investigation and collection of evidence had been thorough. The
authorities’ decision to discontinue the proceedings had not been taken hastily or arbitrarily. It had
followed years of investigative work which had resulted in the accumulation of a large body of
evidence, including forensic and technical elements. The evidence addressed questions such as the
conduct of the drivers and the causes of the accident. Mr Tănase had had access to the case file
during the investigation and court cases. He had also been able to challenge the authorities’
independence and impartiality and to ask for additional evidence to be included in the file. The State
could not be found liable under Article 2 simply because it had ultimately taken a decision not to
prosecute.

The Court concluded that the legal system as applied in the circumstances had dealt adequately with
the applicant’s case and found no violation of Article 2 of the Convention.

The Court therefore found that Mr Tănase had not been denied access to court for a determination
of his civil rights and there had been no violation of Article 6 § 1 in that regard.

As concerned his complaint about the length of the investigation, the Court considered that just over
seven years and eight months had not been excessive given the complexity of the case. In particular,
the investigators had had to explore several scenarios and there had been repeated forensic and
technical expert reports. Moreover, the authorities had been active, collecting evidence and making
significant efforts to clarify the circumstances of the case. They could not be held accountable for
certain delays, namely Mr Tănase’s not being available for questioning because of his health issues
or his using the remedies available to him under domestic law.

As a whole the proceedings had therefore complied with the “reasonable time” requirement under
Article 6 § 1 and there had been no violation of that provision.

The Court held that there was no need to examine separately Mr Tănase’s complaint under
Article 13. It did not concern any other issue than that of the effectiveness of the criminal
investigation which had already been examined under Article 2.

The Court noted that, in previous cases, it had assessed whether the national authorities’ handling of
an investigation had constituted inhuman or degrading treatment. It had notably examined and laid down principles for the examination of disappearance cases, namely whether the authorities had been indifferent or callous in their response to close relatives, resulting in anguish and uncertainty.

However, Mr Tănase’s case did not concern a disappearance or any other exceptional circumstance
examined in such case-law. The Court thus declared this complaint inadmissible as manifestly illfounded.