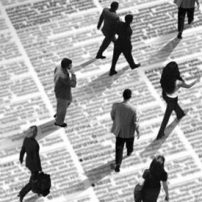 Terms and conditions for free movement in a foreign country

Parking ban on caravans in France. A Romanian citizen and caravan owner claims that his right to free movement was violated, as he could not park. However, in order to be able to enjoy this right, he had to meet the conditions for a legal residence in the country, as defined by national law. No violation of the right to free movement, as the applicant did not have a residence permit.

Article 2 of the 4th Additional Protocol

The applicant, Puiu Balta, is a Romanian national who was born in 1968.

In April 2009 Mr Balta and others parked their caravans in a cul-de-sac near a public road in the municipality of La Courneuve. In November 2009 a Traveller park was opened locally. As a result, the mayor issued an order prohibiting the parking of caravans in any public places except for the areas specifically catering for them.
On 29 December 2009 the Prefect of Seine-Saint-Denis served formal notice on Mr Balta and other caravan occupiers to leave their parking spaces in the cul-de-sac within twenty-four hours.
On 30 December 2009 Mr Balta challenged the notice in the Montreuil Administrative Court. In a judgment of 4 January 2010 the court dismissed the claim. Mr Balta appealed and requested that a priority question of constitutionality be referred to the Conseil d’État (highest administrative court).

The Conseil d’État referred the question to the Constitutional Council. In his pleadings in support of the reference, Mr Balta argued that the impugned provisions were contrary to the principle of equality since they were intended to prohibit Travellers – and only them – from parking outside the special areas, thus restricting their freedom to come and go on an ethnic basis.
The Constitutional Council found the disputed provisions to be in conformity with the Constitution. It said they were based on a difference in the situation of individuals, between those, regardless of origin, who lived in mobile homes and who chose an itinerant way of life, and those who lived sedentary lives. The distinction was based on objective and rational criteria to fulfil the legislature’s aim of accommodating Travellers in conditions compatible with public order and the rights of third parties.

On 30 December 2010 the Administrative Court of Appeal upheld the judgment of 4 January 2010.

Article 14 in conjunction with Article 2 of Protocol No. 4

The Court reiterated that Article 2 of Protocol No. 4 (freedom of movement) was applicable only to a person lawfully within the territory of a State. The criteria and requirements for lawful residence were primarily matters of domestic law. That provision did not grant a right to a foreign national to reside or continue to reside in a country of which he was not a national and did not govern the conditions in which a person was entitled to reside in a State.

Like the Government, the Court observed that Mr Balta had not provided any evidence to show that he was entitled to remain in France beyond the three-month period provided for by Article L 121-1 of the Code on the immigration and residence of aliens and the right of asylum. It concluded that Mr Balta could not therefore rely on the freedom of movement guaranteed by Article 2 of Protocol No. 4, thus rendering Article 14 inapplicable as it could only be relied on in conjunction with another Article of the Convention.

Consequently the Court declared the application inadmissible and rejected it (echrcaselaw.com editing).