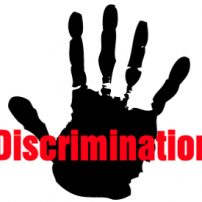 The applicant, suffering from a gynecological disease, underwent surgery in May 1995. Her intervention caused a number of problems due to the injury of a genetic nerve. She filed an action for damages against the hospital, which she won at first instance. However, the higher courts reduced the amount of damages, taking into account criteria such as gender and age.

The ECtHR concluded that there had been a violation of Article 14 in conjunction with Article 8.

The applicant, Maria Ivone Carvalho Pinto de Sousa Morais, is a Portuguese national who was born in 1945 and lives in Bobadela (Portugal).

The applicant, suffering from a gynaecological disease, had surgery in May 1995. The operation left here in intense pain and led to a loss of sensation in the vagina, incontinence, difficulty walking and sitting, and having sexual relations.

She found out that a pudendal nerve had been injured during the operation, and she therefore brought a civil action against the hospital for damages. At first-instance she was awarded 80,000 euros (EUR) for the physical and mental suffering caused by the medical error and EUR 16,000 for the services of a maid to help with household tasks.

However, on appeal, the Supreme Administrative Court, although confirming the findings of the first-instance court, found those awards excessive and reduced them to EUR 50,000 and EUR 6,000, respectively. It found in particular that her pain had been aggravated during the surgery, but that it was not new and had not resulted exclusively from the injury to the nerve; and that, in any case, she was already 50 years old at the time of the surgery and the mother of two children, an age when sexuality was not as important. It further found that she was unlikely to be in need of a full time maid at the time as, considering the age of her children, she only needed to take care of her husband.

The Court recalled that gender quality was today a major goal for the member States of the Council of Europe, meaning that very good reasons would have to be put forward before a difference of treatment on grounds of sex could be accepted as compatible with the European Convention. In particular, references to traditions, general assumptions or prevailing social attitudes in a country were insufficient for a difference in treatment on grounds of sex.

The applicant’s age and sex had apparently been decisive factors in the Supreme Administrative Court’s final decision not only to lower the compensation for physical and mental suffering but also the amount allocated for the services of a maid. The Supreme Administrative Court’s decision had moreover been based on the general assumption that sexuality was not as important for a 50-year-old woman and mother of two children as for someone of a younger age. It thus ignored the physical and psychological importance of sexuality for women’s self-fulfillment and other dimensions of women’s sexuality in the concrete case of the applicant herself. In the Court’s view, those considerations showed the prejudices prevailing in the judiciary in Portugal.
In contrast, the Court could not help noting the national courts’ approach in two other judgments in 2008 and 2014 concerning complaints by two male patients about medical malpractice. In those cases, the Supreme Court of Justice found that the fact that the men could no longer have normal sexual relations had affected their self-esteem and had resulted in “tremendous/strong mental shock”, regardless of their age or whether they had had children or not.

The Court therefore concluded that there had been a violation of Article 14 taken in conjunction with Article 8.

The Court held, by five votes to two, that Portugal was to pay the applicant 3,250 euros (EUR) in respect of non-pecuniary damage and EUR 2,460 for costs and expenses (echrcaselaw.com editing).