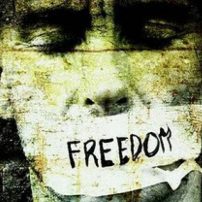 Attorneys are not admitted to the Bar Association because of their critical statements about the status of lawyers. Violation of freedom of expression.

Freedom of expression of lawyer. Rejection of a request for membership of a Bar Association due to views they had expressed and criticized the status of the legal profession in their own country. Violation of Article 10 (Freedom of Expression) and Article 34 (Individual Petition) of the European Convention on Human Rights.

The applicants, Annagi Bahaduroglu Hajibeyli and Intigam Kamiloglu Aliyev, are Azerbaijani nationals who were born in 1955 and 1962 and live in Baku and Absheron (Azerbaijan) respectively.

They are well-known civil society activists and human rights lawyers. The case concerned their allegation that they had not been admitted to the Azerbaijani Bar Association because they had publicly criticised the state of the legal profession in their country. In 2005 the applicants applied for admission to the Bar under a new law which aimed at reforming the legal profession. At the time they had been practising as lawyers for a number of years on the basis of a special permit issued by the Ministry of Justice. As such, they were allowed under transitional provisions of the new law to be admitted to the Bar without passing a qualification examination, subject to their complying with the requirements to practise as legal counsel. However, the Presidium of the Bar dismissed their applications. They brought proceedings before the domestic courts in the following years, without success.

Relying in particular on Article 10 (freedom of expression) of the European Convention on Human Rights, the applicants alleged that they had been refused admission to the Bar on account of the views they had expressed.

In support of their claim, they had submitted extracts from meetings at which the Bar had examined their applications and questioned them. Mr Aliyev, the second applicant and also the legal representative in this case, complained on his own behalf and on behalf of Mr Hajibeyli, the first applicant, that in 2014 the authorities had seized the entire case file on their applications from his office only to return them two and half months later, in breach of Article 34 (right of individual petition) of the European Convention.

Just satisfaction: 7,000 euros (EUR) each to Mr Hajibeyli and Mr Aliyev for non-pecuniary damage, and EUR 2,500 to Mr Hajibeyli for costs and expenses(echrcaselaw.com editing).